Counties across the USA release the information, including Tennessee, but not Shelby County. 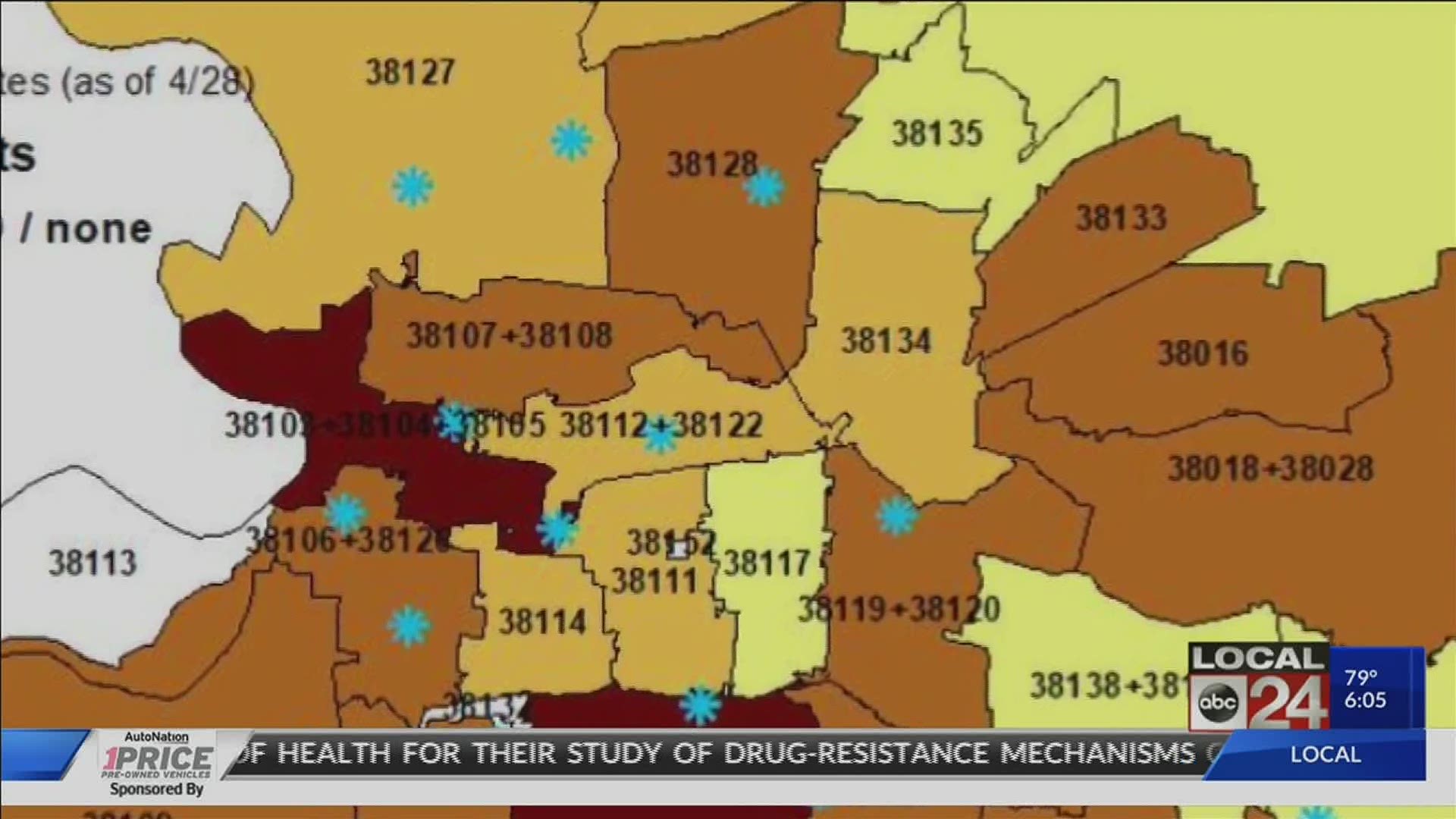 MEMPHIS, Tenn. — As the area begins to reopen, do you know how many COVID-19 cases are actually in your community?

Across the country and even here in Tennessee, some counties report the true number of cases by zip code, but not Shelby County. So far, Shelby County has refused to do it.

The Local I-Team is told the several politicians in the city and the county have been pressing the health department for the number of cases broken out by zip code - and weeks later - they are still waiting.

Lakeland Commissioner Wesley Wright has been keeping the community up to date on COVID- 19 through social media. Wright says having the actual case numbers listed by zip code would be beneficial.

"I think the info and data - just for the sake of having it - is valuable in and of itself, and what people do with it? It would just be good to know," said Wright.

From San Diego County in California to Spokane, Washington on the West Coast, to Chicago and Detroit, all the way to New York, counties across The United States are reporting the actual number of cases in their zip codes.

Even here in Tennessee, if you live in Knox County, you can look on a map and see the cases by zip code. We asked about that during a Knox County media briefing.

"We have done a case county in each zip code because of our low number of cases. And providing rates probably isn't the most easily understood," said Charity Menefee with the Knox County Health Department.

"One of the reasons we haven't released actual numbers is because we have what are called data use agreements, particularly with the state health department. So we can’t release details that is below a certain number. So we started doing it as percentages to be able to get the information out," said Dr. Alisa Haushalter, Shelby County Health Department Director.

The Shelby County Health Department points to HIPPA law restrictions and patient privacy as another reason. They say reporting low numbers could make it easier to identify positive cases.

But considering so many other counties across the country and even here in Tennessee report it that way, critics question why here in the Mid-South the information hasn't been released.

Haushalter told Local 24 News her team is going to start working on raw numbers Friday to see if they will be able to produce zip code maps with actual numbers in the near future.