Coronavirus pandemic impacts Americans from coast to coast, but how states have responded to it vary greatly

Tennessee and Kentucky have taken different actions at different times, and the results are noticeable 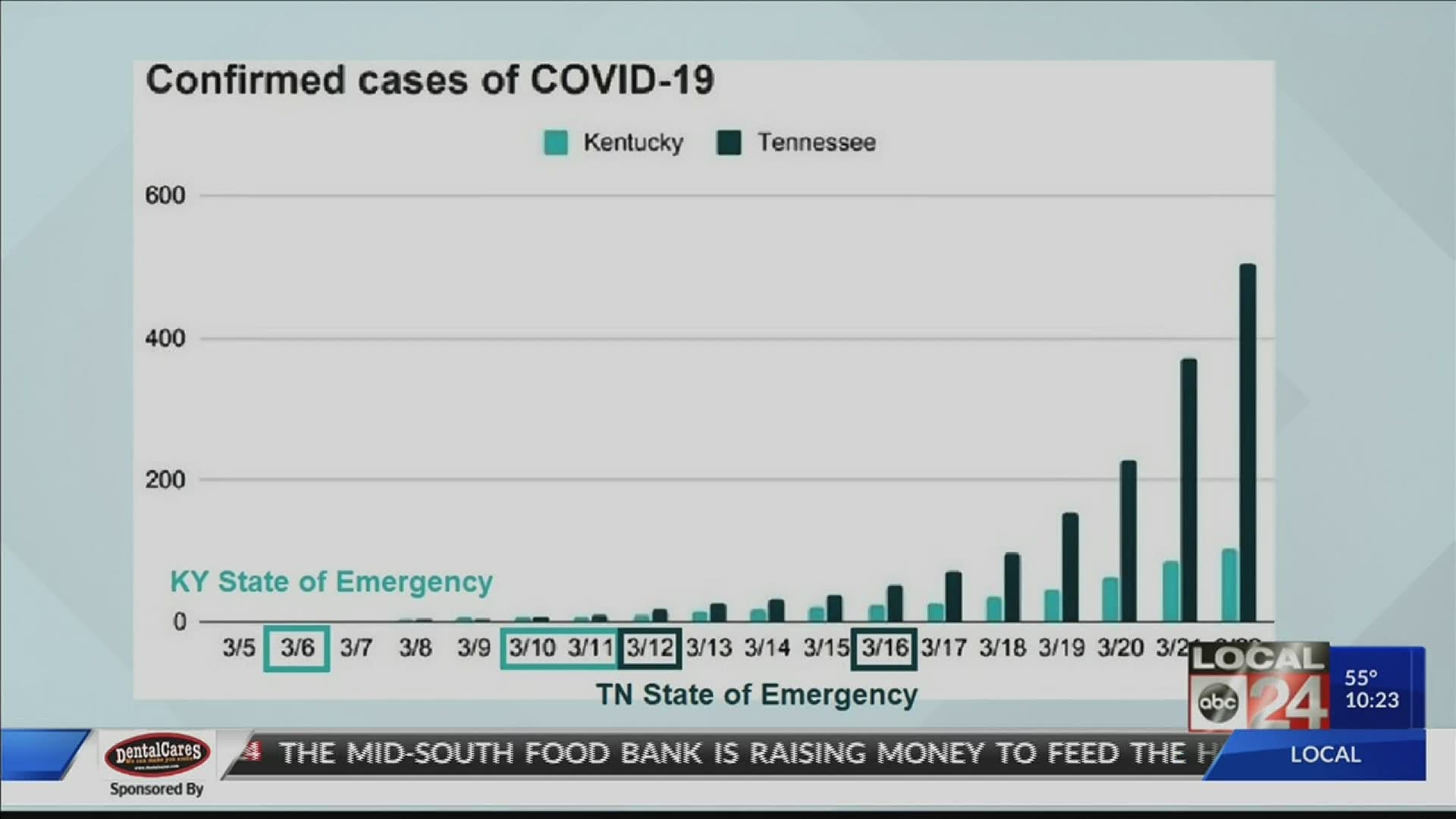 In Wednesday’s Ransom Note: a tale of two states.

Kentucky and Tennessee have a lot in common, including their shared border, but not when it comes to coronavirus.

On March 6 both states had hardly any cases, but on that day Kentucky's Governor Andy Beshear declared a state of emergency. The next day, he strongly encouraged social distancing and signed an executive order on price gouging. On March 10 Beshear closed visitation in prisons and nursing homes. On March 11 he advised all schools to close within 72 hours and cancel community gatherings.

The first action from Tennessee's Bill Lee didn't come until March 12. He declared a state of emergency six days after Kentucky, and it wasn't until March 16 that Lee urged schools to close by March 20, a full week after Kentucky schools did the same.

So where are we at? Wednesday, Kentucky has 198 cases of coronavirus, Tennessee has 784, thanks in part to much better testing.

Americans will always disagree on the role of government, but most of us agree public health is absolutely a role. Time for Lee to issue a statewide "shelter or safety at home" order and stop ignoring signed petitions from doctors to do so.

RELATED: Breakdown of how much money you could get in the two trillion dollar stimulus deal

RELATED: Coping with the COVID-19 crisis on a day-to-day basis