Almost 170,000 people in Shelby County could be vaccinated with federal mass COVID-19 vaccine site at the Pipkin Building

Memphis is one of five cities chosen by the White House to have a mass vaccination site. 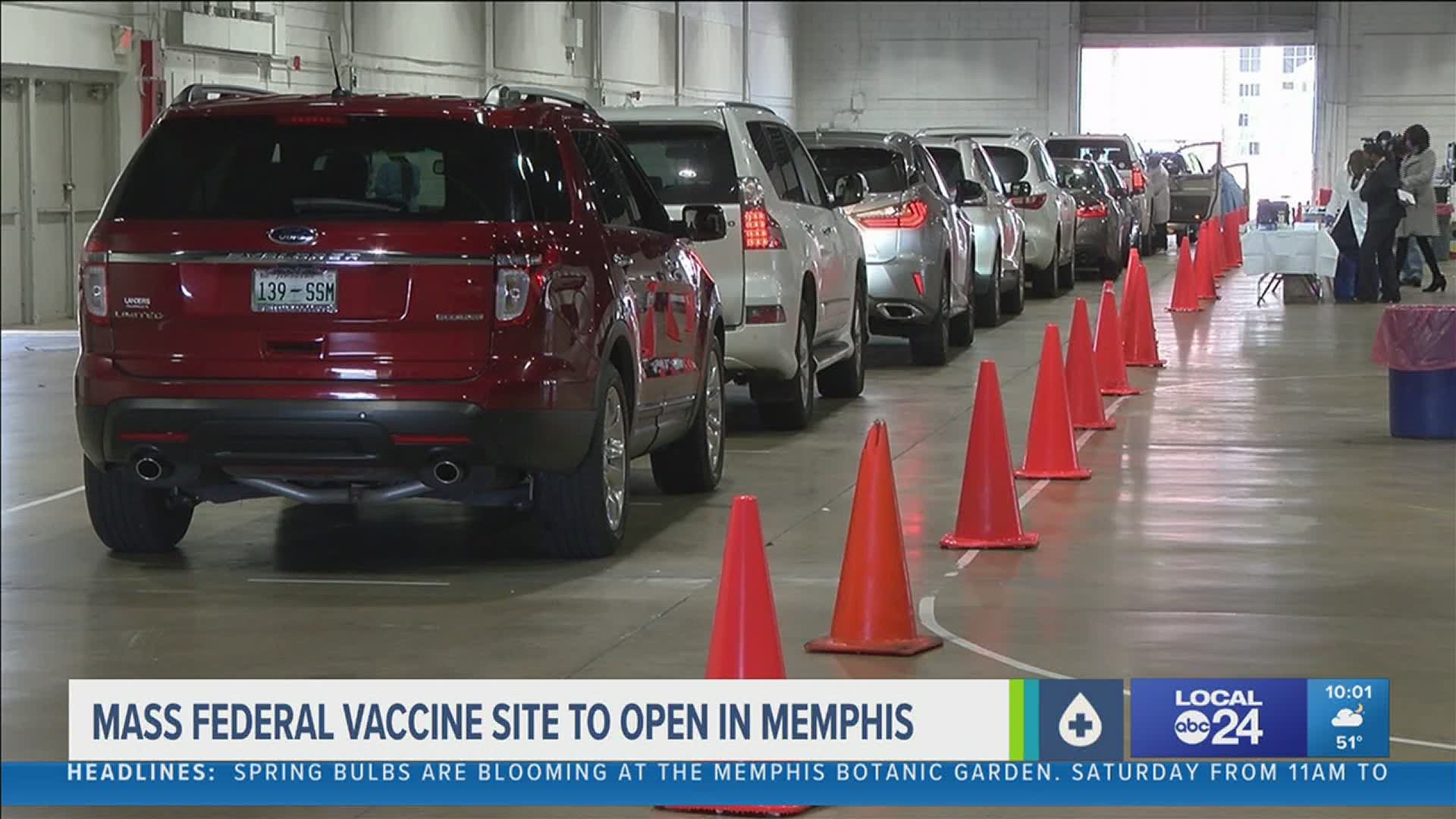 MEMPHIS, Tenn. — Efforts are already underway to turn the Pipkin Building into a federal mass vaccination site running 12 hours per day, seven days per week. The White House announced Wednesday Memphis would be one of five cities chosen to have a federal mass vaccination site. Other locations chosen include Milwaukee, Gary, Indiana, St. Louis, and a city outside of Washington D.C.

Its goal, starting April 7, is to administer 21,000 shots per week at the Pipkin Building site. If all goes as planned, almost 170,000 people will be vaccinated in two months. Dr. Jeff Warren, a member of Memphis and Shelby County's Covid-19 task force, said federal and state authorities chose the location based on its recent success.

"I think they looked at how well that site was running since the city took it over and I think they’ve been seeing how well we’ve been able to get appointments," Warren said.

More importantly, the White House chose Shelby County as its only Tennessee site because it's running behind. Only 11% of the population is fully vaccinated. The federal doses will free up the city to use its supply and staffing to reach the underserved in other locations.

We are excited to participate in Federal CVC program. This partnership will expand our operation at Pipkin to 3,000 doses per day, seven days per week for six weeks– that’s an increase of 21,000 doses over the 30,000+ we are receiving per week now.

Warren said certain age groups still need to be vaccinated to eliminate them as spreaders.

"We want to make these vaccinations available for people who are 16 to 45," Warren said. "So, what we’re really wanting is that age group vaccinated as rapidly as possible."

Doctors, like Warren, are also worried about the U.K. variant of the coronavirus. It already accounts for 30% of new cases in Shelby County and is expected to be the dominant strain here within two weeks. Health experts have said getting vaccinated ensures you probably won't get sick and definitely won't be hospitalized or die if exposed.

"The good news is this vaccine really works on it well," Warren said. "We need people to go out there, particularly younger people, when this is opened up, go get your appointment, go get your vaccine."

MATA said it is working with the task force to make sure transportation will not be an obstacle in people getting to the Pipkin Building site.