Misinformation could be a leading factor in vaccine hesitancy. 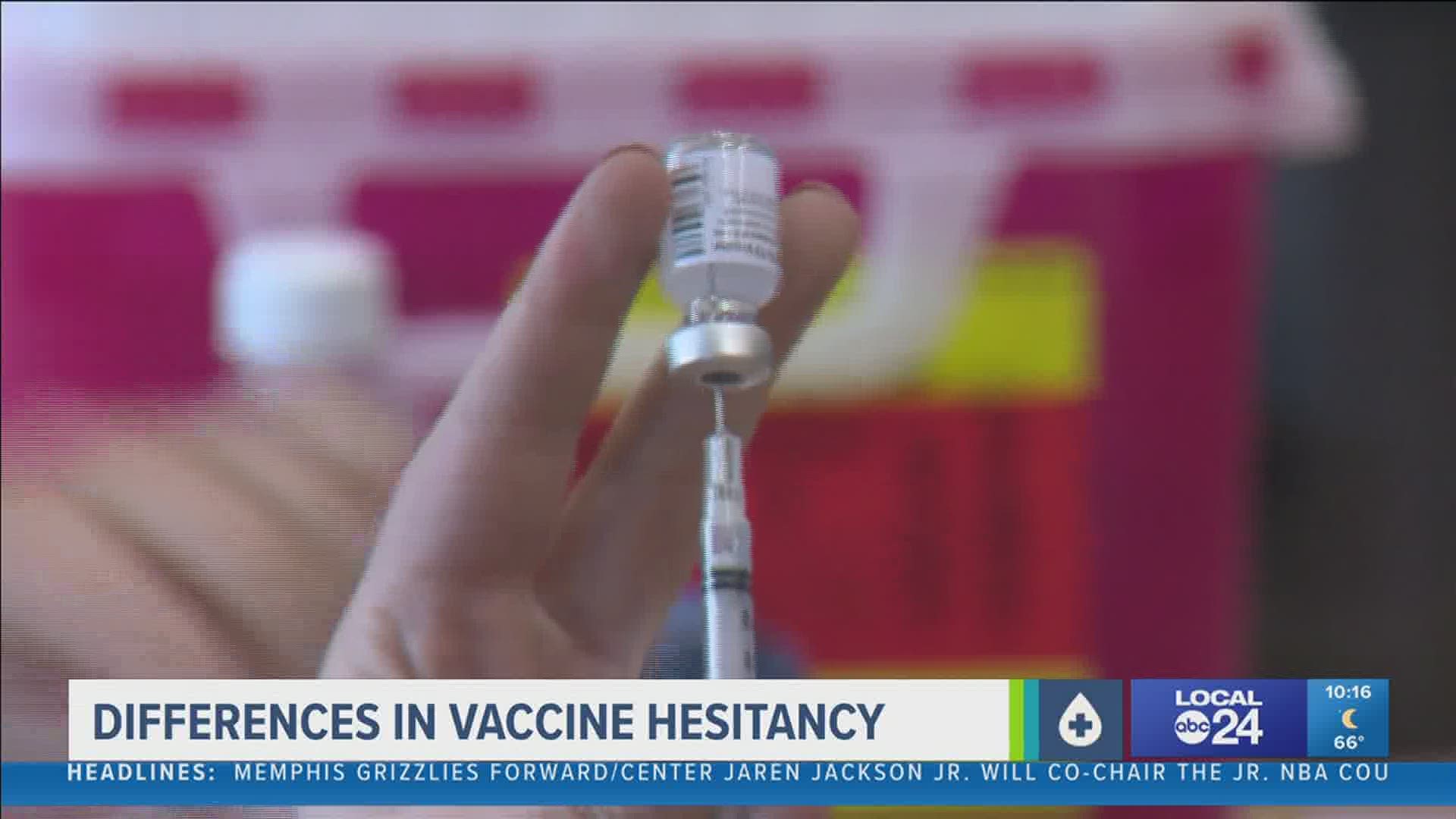 MEMPHIS, Tenn. — Health experts have never seen such political polarization when it comes to taking a vaccine, especially during a health crisis.

Factors that determine who gets their shot and who doesn't seem to center around issues of inequity, religious teachings, even politics.

A poll by Pew Research showed 45% of white Evangelicals are determined to shun the shot, the highest now of any group. Doctrines such as "divine healing" and a large Republican base could be major factors.

Pastor Keith Norman of First Baptist Church Broad Avenue has had to deal with a different kind of skepticism among the Black community, who have dealt with decades of mistrusting government, especially when it comes to newer medicines.

"These have been hurdles that we’ve been trying to overcome for years and building or overcoming those hurdles and building those bridges during a pandemic is probably the hardest thing to do," Norman said.

No matter the race, Norman blames misinformation about the vaccine on social media as well as some news outlets which seem to go out of their way not to explain the vaccine is safe.

"There has been so much misinformation from the start surrounding Covid-19," Norman said. "Obviously when we go back to the previous administration, the denial of whether or not it was even real."

Historically, it's been high in the Black community.

We're taking a closer look at the differences and how misinformation could be fueling it. @LocalMemphis https://t.co/0hnucFd94g

Norman said it's critical to not only listen to why people are hesitant, but also provide factual resources and knowledge.

"I think it’s important we always hear why people are hesitant and not just brush it away and tell them to get the vaccine," Norman said. "It’s extremely important that we allow people to emote their feelings and to articulate their reasons."

Norman said it's normal to be cautious, but with variants spreading fast and getting stronger, being too cautious could hurt all of us.

"We are learning that it is good to take time, get good information, and consult with your physician," Norman said. "Taking your time and getting wise counsel is a part of the journey."