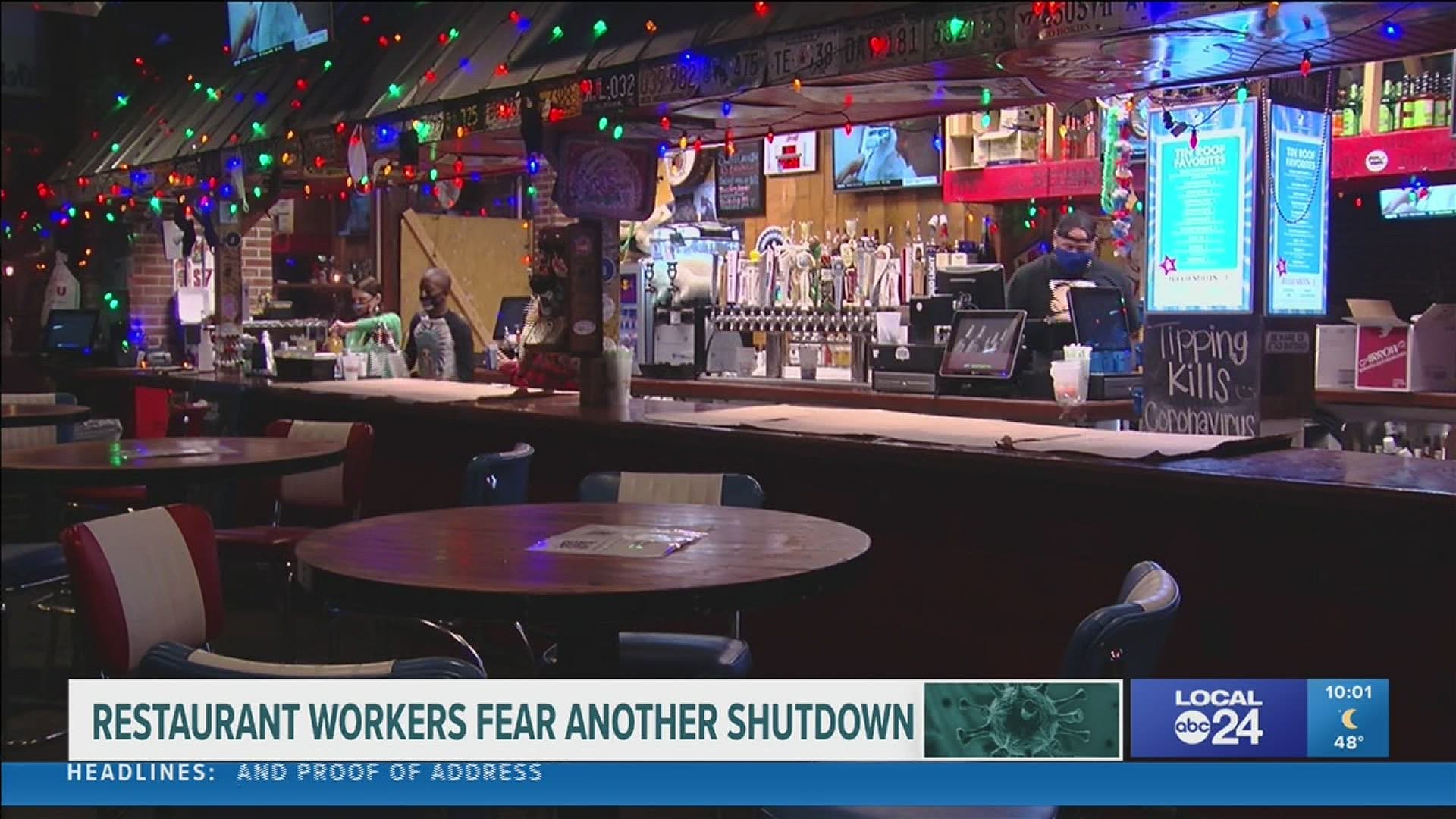 MEMPHIS, Tenn. — It's been a worrisome time for restaurant workers hoping they won't be out of a job again. Tin Roof bartender Cameron Bonner has been in the service industry for 16 years and has never faced this much uncertainty with his livelihood.

"It’s been kind of a rollercoaster ride considering when we got shut down in March it was supposed to be a two-week event and that turned into this many months later," Bonner said.

He never thought he would have to crack into his savings for a few months when he was in and out of a job since March. Bonner said the extra $600 a week from the CARES Act helped, but it was still a big pay cut.

"It’s kind of hard to depict the future and now where to save and know where to spend right with the world being in limbo," Bonner said.

Restaurants are fearing the worst with another possible shutdown.

Back in March, workers knew they’d get a $600 check from the CARES Act and almost $300 from the state unemployment office, but now the federal money is gone. @LocalMemphis pic.twitter.com/0nIeOZBEyR

Bonner's co-worker Elizabeth Walker agrees that it's going to be difficult if another shutdown happens.

"Just not knowing what’s going to come next and how all of these restrictions are going to affect me personally and affect my job," Walker said.

She said if she is jobless again there is no way state unemployment benefits could cover her bills or really anyone else's.

"When you have rent, car payments, insurance, food, gas, you know just the basics you can’t survive off of $200 a week," Walker said.

Walker understands the severity of the pandemic but said the government needs to do more.

"If you’re going to shut down an entire industry then you need to support that industry," Walker said.