"The traffic is picking up every day" | FEMA mass vaccine site getting closer to its goal of 3,000 shots per day 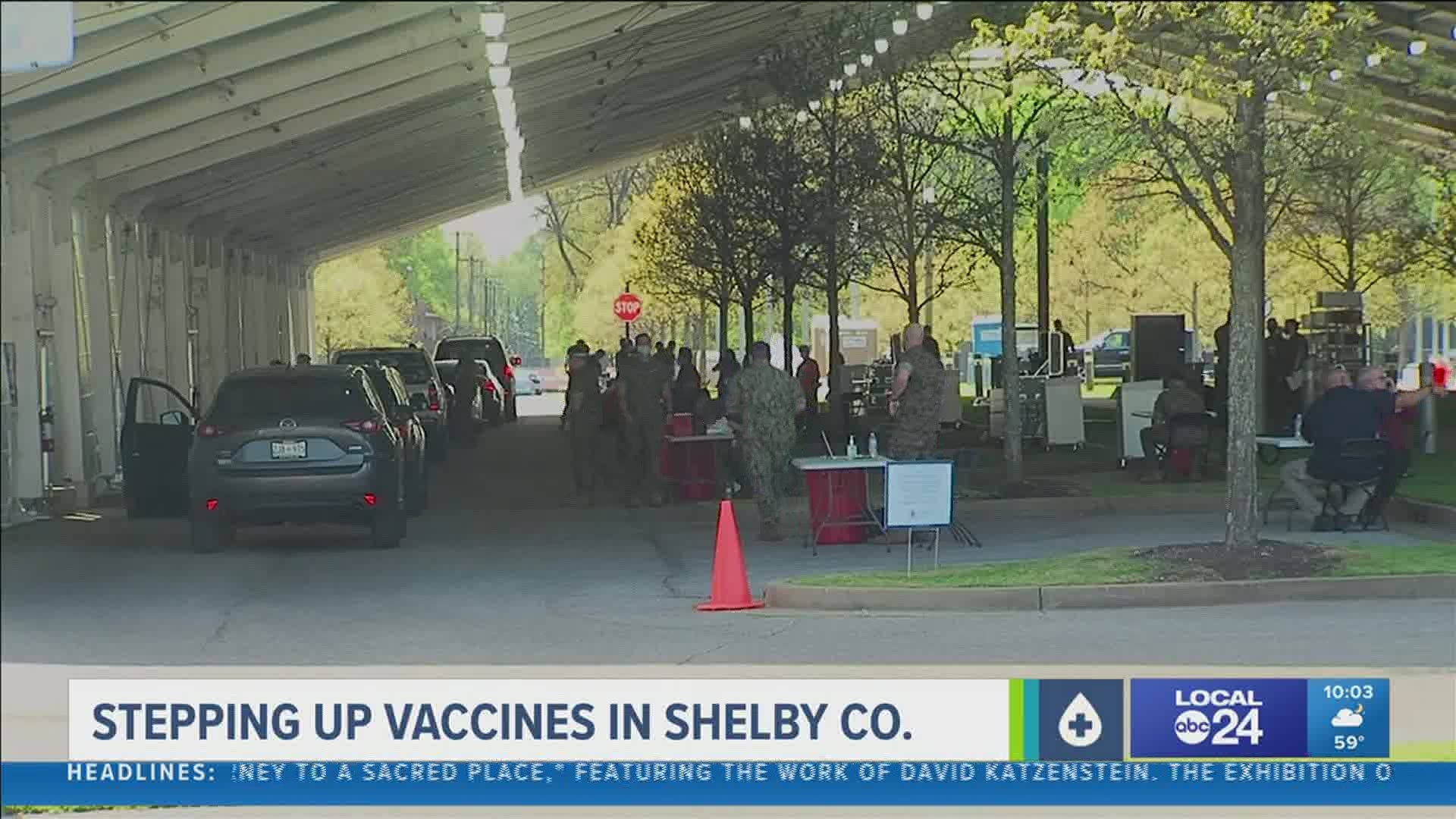 MEMPHIS, Tenn. — FEMA has been in Memphis less than a week, but its spokesperson Darrell Habisch said the number of vaccinated goes up each day. They plan to increase their hours so everyone in Shelby County has the option to get vaccinated.

"The traffic is picking up every day," Habisch said. "We’re delivering more and more vaccine into the arms of our citizens here in Memphis."

They have not yet reached their goal of 3,000 shots per day, but Habisch predicts it will happen any day now.

"What we’re doing is approaching it very quickly and I think that today on Saturday we very well may reach 3,000 or go beyond it just a little bit," Habisch said.

Tennessee has had one of the slowest rollouts in the nation. Shelby County has especially been trailing behind with only 28.7% with at least one dose compared to 30.3% at the state level.

FEMA understands "hesitancy" to get the vaccine is still a contributing factor in Shelby County's low vaccination rate, but they believe it can be overcome.

"Speak to your families, speak to your friends, and of course talk to your doctor about it," Habisch said. "If you have hesitancy there are resources that can provide that information to you."

@fema has been in Memphis less than a week but a spokesperson says the number of vaccinated goes up each day.

They haven't reached their goal of 3,000 shots per day yet but they believe it might happen with today's turnout. @LocalMemphis pic.twitter.com/xvVg2iosTc

Health experts have also reiterated the protection the vaccine provides against stronger and more deadly variants, like the U.K. strain, that are spreading rapidly across the country.

FEMA, the City of Memphis, and Shelby County are encouraging everyone to get their shot so we can reach herd immunity faster.

Habisch said starting Monday, they will open at 7 am and expand the "no appointment" time slot from 2 pm until 7 pm every day.

"This I would say is one of the smoothest running community vaccination centers in the country," Habisch said.