The pandemic sapped resources and supplies away from already-strained efforts to track infections like chlamydia and syphilis. 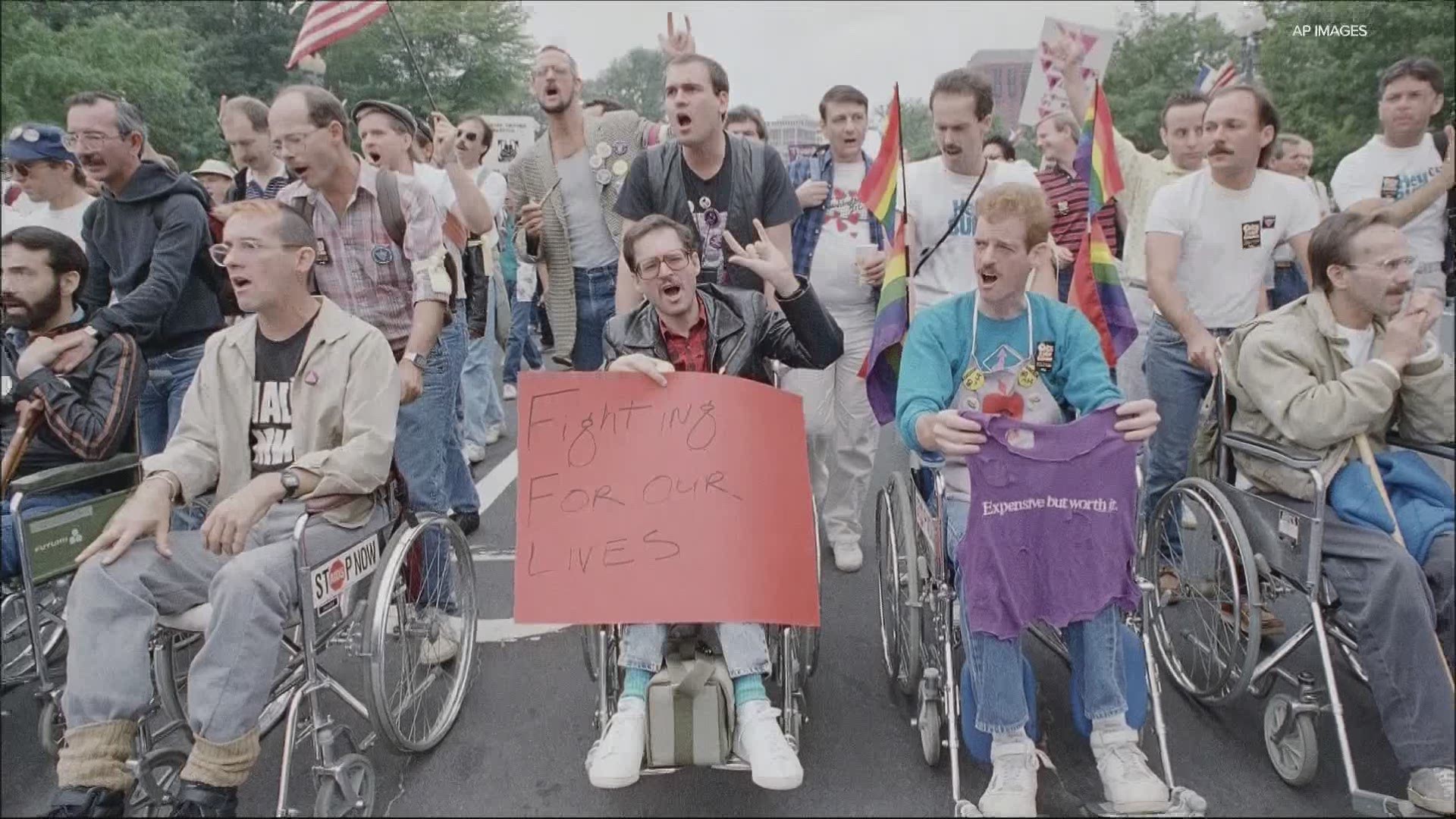 WASHINGTON — After an unprecedented push to test and track COVID-19, public health workers are grappling with a worrisome side effect: a collapse in screening for sexually transmitted diseases that have been on the rise for years.

Testing for diseases like chlamydia and gonorrhea plummeted in many parts of the U.S. last year as COVID-19 sapped away resources and staff. Health officials say this testing gap left them unable to track or control outbreaks of the diseases, which were already at record levels before the pandemic.

“It’s clear there have been mass disruptions to testing, surveillance and clinical care and that’s likely making sexually transmitted infections worse than ever,” said David Harvey, executive director of the National Coalition of STD Directors, which represents state and local health workers.

Many STD clinics shut their doors or slashed their hours during the lockdowns last spring. Staffers who previously helped track the infections were reassigned to focus on COVID-19. And labs that process most STD tests were forced to ration supplies to focus on the flood of incoming COVID-19 samples.

Survey data from Harvey’s group shows that even in January this year, 40% of STD programs were still operating with reduced staff due to COVID-19. That's led to cutbacks in services to find and fight infections that can often spread will little or no immediate symptoms.

In Vermont, Daniel Daltry is one of just two full-time state employees who trace HIV, hepatitis and other high-risk infections. Over the past year, he’s shifted most of his time to COVID-19 while also training 160 new employees hired to help with coronavirus contact tracing.

Daltry and his colleague have continued contact tracing for syphilis and HIV throughout the outbreak.

“But anything else we just couldn’t do it,” said Daltry, noting they did not track diseases like gonorrhea.

Like other areas, Vermont saw plummeting numbers of confirmed STD cases, recording a 50% drop in reported chlamydia and a 90% drop in HIV compared to 2019 — largely, experts say, a result of reduced testing.

The drop-off reflects national trends reported by the Centers for Disease Control and Prevention last fall.

Analyzing data from a national lab service, CDC said in September that tests for chlamydia, gonorrhea and syphilis were down between 30% to 50% last spring compared to the prior year, before recovering somewhat in early summer.

Doctors typically discuss and screen for STDs as part of routine care for sexually active adults and teenagers. Annual testing for common infections is recommended for high-risk groups, including women under 25 and gay and bisexual men. STD clinics often provide free or low-cost testing and counseling.

Credit: AP
FILE - This 1975 file microscope image made available by the the Centers for Disease Control and Prevention shows chlamydia trachomatis bacteria magnified 200 times. The number of cases of STDs - chlamydia, gonorrhea and syphilis - in California reached a record high in 2017, and officials are particularly concerned by a spike in stillbirths due to congenital syphilis, state health authorities said Monday, May 14, 2018. (Dr. E. Arum, Dr. N. Jacobs/CDC via AP, File)

Because of the disruptions in reporting the CDC is running behind in compiling its annual STD numbers and won't finalize 2019 figures until later this month.

The agency warns that STDs have been rising steadily for five years, hitting a record number of syphilis, gonorrhea and chlamydia cases in 2018. Officials attribute the trend to increases in unstable housing, drug use and social stigma, along with cuts to sexual education and public health budgets.

“To have our resources taken and diverted to COVID makes it especially important that we come back now and say: ‘If you’re sexually active, you should be tested'” said Dr. Hilary Reno, a CDC consultant and professor at Washington University School of Medicine in St Louis.

Among 130 STD screening sites in the St. Louis region, testing is still at about two-thirds of pre-pandemic levels, according to figures compiled by Reno.

One possibility for the declines is that months of social distancing slowed sexual activity. But Reno and other experts are doubtful.

The biggest dating sites and apps reported record use in 2020, suggesting many people may have continued to hook up throughout the pandemic.

Dr. Ina Park of the University of California, San Francisco thinks people might have held off for a few months. “But then I think people hit their breaking point and opened up their Tinder, Grindr or whatever app and they started meeting people to hook up and have sex again.”

RELATED: It's safe to donate blood after your vaccine, health experts say

The CDC continues to report lower-than-normal supplies for some test kits and laboratory chemicals used for STD screening, which overlap with COVID-19 supplies. When necessary, the CDC says providers may need to prioritize testing for the highest-risk groups, including pregnant women with multiple sex partners and sexually active gay and bisexual men.

The testing disruptions have led to work-arounds at many STD clinics, including initial online consultations for those with symptoms and at-home sample collection for diseases like chlamydia and gonorrhea. Recently U.S. officials approved the first point-of-care test for those two infections that can be used at doctor's offices and deliver results in about 30 minutes.

Public health workers hope some of these new approaches can bolster traditional services as they try to make up for lost time.

“This opens up another tool in the toolbox for people to access the services they need,” said Daltry, who directs Vermont's STD surveillance program.