On March 10, she started feeling pain in her body, including chills and thought that she had the flu. 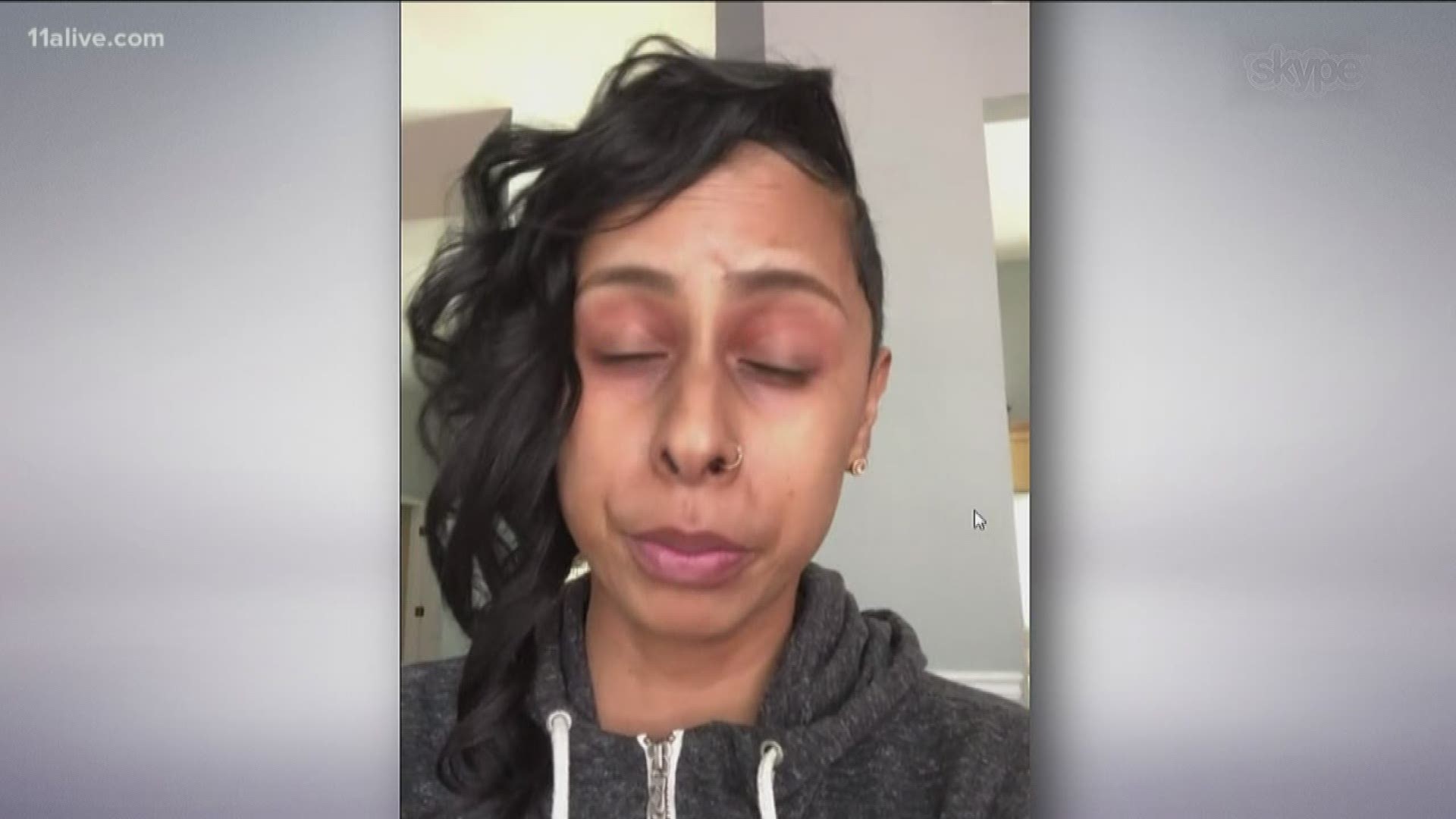 ATLANTA — A popular DJ and reality show contestant is still waiting to get her test results back.

DJ Stormy said she started feeling sick about two weeks ago. Last weekend, she was tested for COVID-19 as her doctors began treating her for pneumonia.

The former single hopeful on Will Packer’s “Ready to Love” spoke with 11Alive via Skype. During an interview, she revealed that she had been experiencing symptoms since March 2.

On March 10,  she started feeling pain in her body, including chills and thought that she had the flu.

“I said 'no, something is not right,'” Stormy said. “My body just started to crash. I was feeling weak. My body was hurting. I was supposed to go to New Orleans on the 12th."

On March 11, Stormy said she woke up still feeling ill and didn’t have energy. She tried to change her flight, but with travel arrangements changing rapidly, she decided to take the trip anyway.

“I ended flying out Thursday with my mask on because I didn’t want to catch anything. I really didn’t know what I had if it was a cold, or anything,” she said.

Credit: DJ Stormy
DJ Stormy says she started feeling sick about two weeks ago. Last weekend, she was tested for COVID-19 as her doctors began treating her for pneumonia.

After her performance, she returned to Atlanta on March 14. Stormy said she did not get out of the bed following that.

“I slept about 95 percent of the day just to use the bathroom,” she said.

Stormy said her symptoms never changed and that’s what “took her for a spin”.

“My body temperature never changed from the 10th. My body aches never changed; it stayed the same the entire time. I was suffering from these headaches, which they call a cluster migraine. I don’t suffer from migraines, but it was striking pain from one side of my neck to my head, and it was consistent, and I couldn’t get rid of it.,” Stormy said.

Nothing changed for the DJ so she went to the emergency room on Wednesday, March 18 where she was diagnosed with pneumonia.

After going to the doctor once for pneumonia, Stormy went back days later on March 21 and learned that the diagnosis had spread.

Stormy tells us that doctors tested her for COVID-19 and doctors treated her using the drug Plaquenil, which is used to treat malaria.

After days of being treated and resting in isolation, she’s starting to feel better but still waiting to fully recover.

Stormy is hoping that her test results, whether positive or negative from COVID-19, will give her clarity on what’s been going on in her body.

One thing that is bringing DJ Stormy joy is hearing about the virtual DJ set trend made popular by DJ D-Nice. She notes that she is glad that music is keeping together during this interesting time.

These states have issued stay-at-home orders. What does that mean?