Gatherings of 50 or more people should be avoided, putting added stress on Mid-South businesses 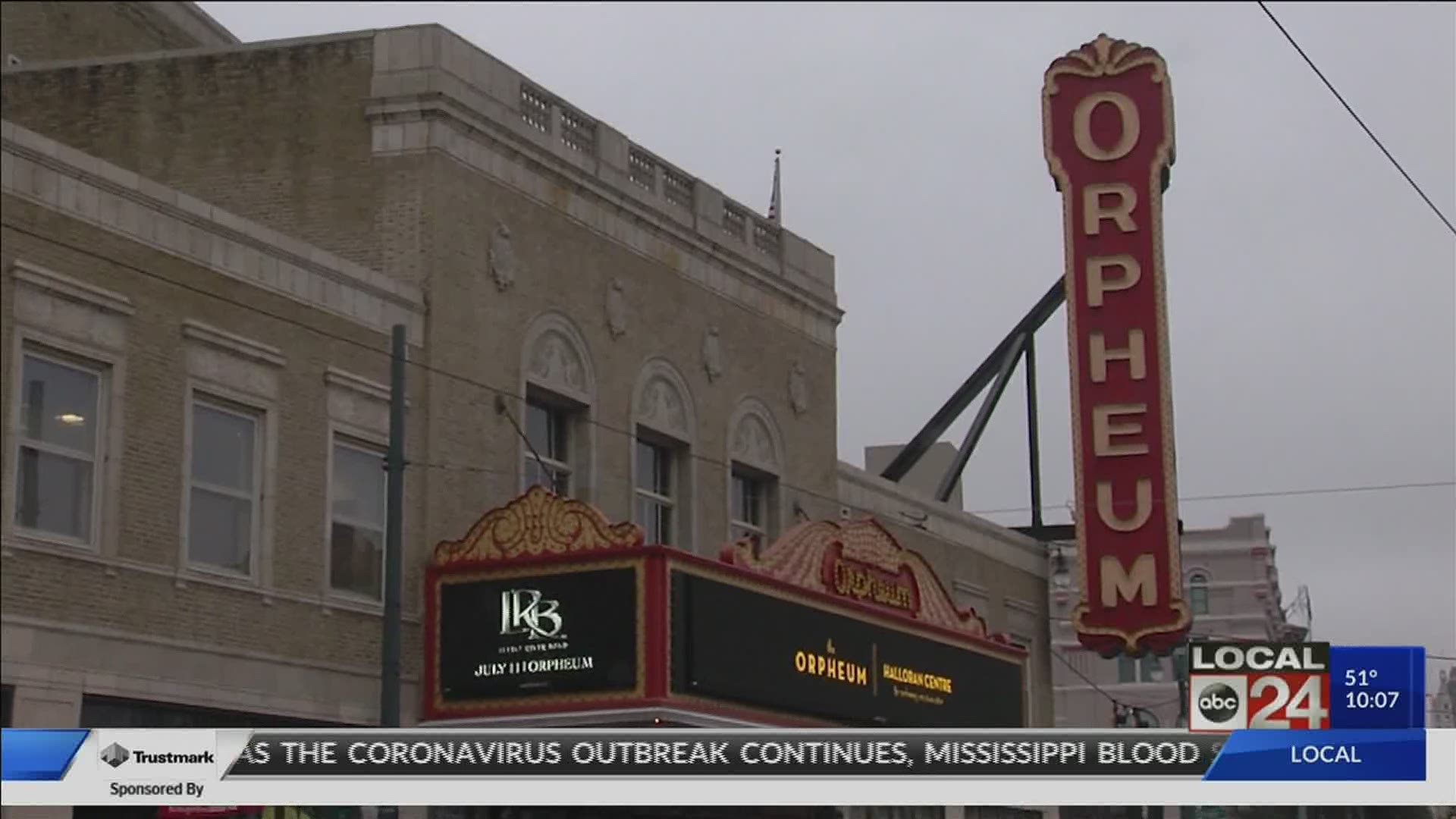 The Orpheum has survived good times and bad, but right now there is no telling when their next event will be held. The city's most historic theater is relying on subscription renewals when its new season is announced March 23.

"That's the type of thing we plan our whole year on, those subscription renewals coming in at a certain time," Orpheum Theatre President and CEO Brett Batterson said.

In the service industry, restaurants like The Bar-B-Q Shop have already seen a dip in sit-down customers, despite constant cleanings and commercial disinfectants.

"People don't know what to expect," manager/co-owner Eric Vernon said. "People don't want to sit on top of each other, and I can't blame people for that. But you can still go and get food from their favorite restaurant."

RELATED: Coronavirus questions answered by doctor who is an infectious disease specialist

That includes to-go options. The Bar-B-Q Shop saw a 30% increase in take-out orders Monday, and has begun car-side service.

"I'm grateful for the push," Vernon said. "I can't scream it enough. Go support your local restaurant during this time period in a way that makes you feel comfortable doing it."