The governor had called the FDA's initial decision to limit the process 'nothing short of reckless.' 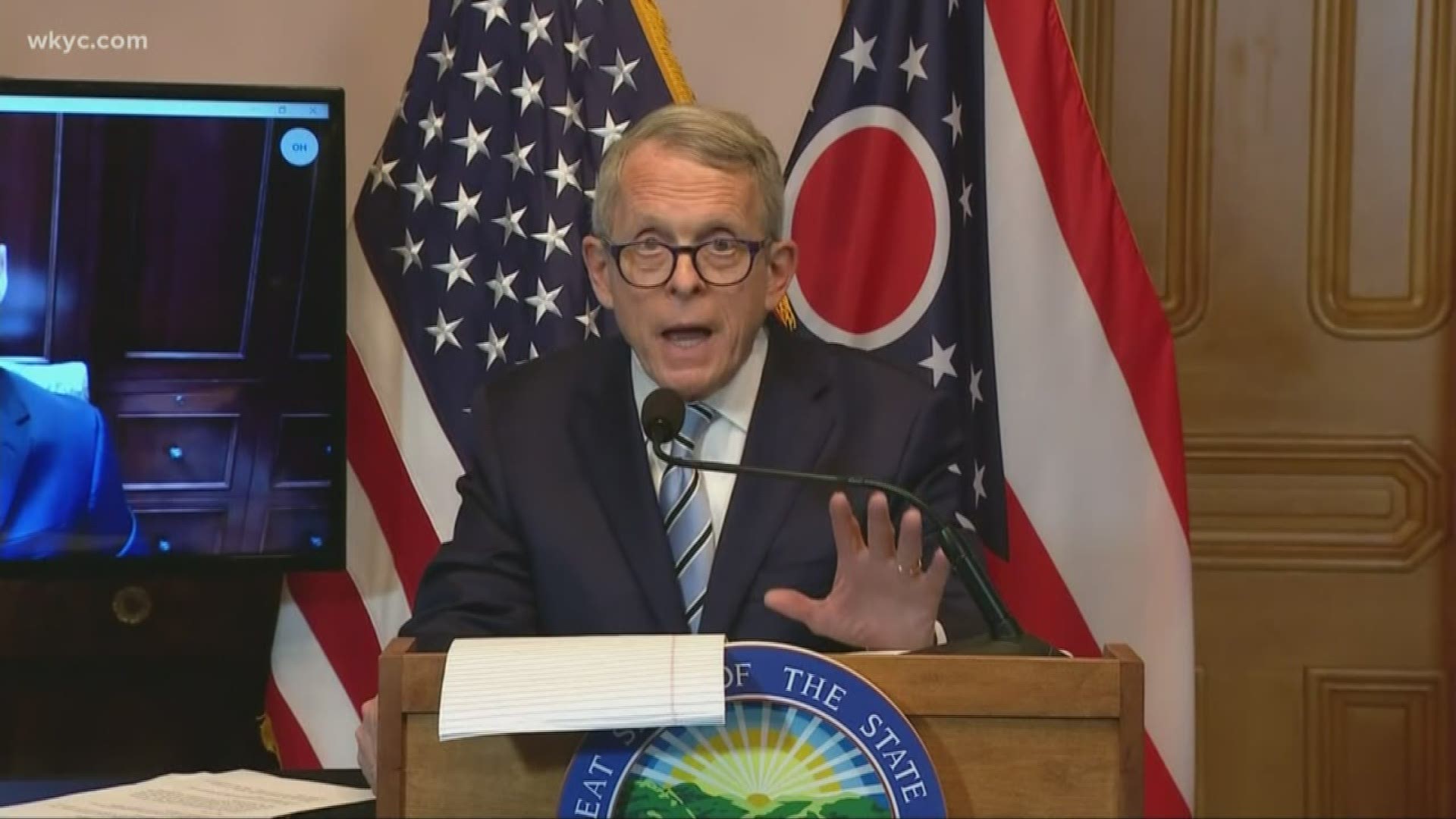 COLUMBUS, Ohio — The U.S. Food and Drug Administration approved Columbus-based Battelle’s system that can decontaminate thousands of masks a day, according to a statement from the company.

Battelle told 3News sister station 10TV on Sunday night that the approval is for the use of the technology at “full capacity.”

According to a press release sent Sunday night from Battelle, the company’s CCDS Critical Care Decontamination System is now operating at Battelle’s West Jefferson, Ohio, facility. The facility is capable of decontaminating up to 80,000 respirator masks per system each day using concentrated, vapor phase hydrogen peroxide. The company can sterilize up to 160,000 masks daily in Ohio alone.

Earlier Sunday, the FDA only approved limited use of the technology at 10,000 surgical masks in the state a day, which was met by criticism from Ohio Gov. Mike DeWine. In a press conference on Sunday, DeWine said President Donald Trump assured him that the approval would be handled quickly. DeWine also harshly criticized the FDA's initial decision, calling it "nothing short of reckless":

"Battelle's innovative technology has the capability to protect healthcare professionals and first responders in Ohio and across the country, but in this time of crisis, the FDA has decided not to support those who are risking their lives to save others. This is a matter of life and death. I am not only disappointed by this development, but I'm also stunned that the FDA would decline to do all it can to protect this country's frontline workers in this serious time of need."

Late Sunday night, however, the governor tweeted he had just finished a "very productive call" with the FDA about Battelle's processes and expected "a positive announcement soon." He later released this updated statement after the move was made official:

"I want to thank President Trump for his leadership and Dr. Hahn of the FDA for approving the use of this life-saving technology that Battelle has developed. This will not only help Ohio's healthcare workers on the front lines of the COVID-19 crisis, but Battelle will also be helping health care workers in hot spots throughout the country including New York and Washington state."

"I want to thank the FDA team for their professionalism and help in authorizing the use of our technology at this critical moment for our nation," Lou Von Thaer, President and CEO of Battelle, said. "Everybody who has worked on this project shares the same goal of protecting first responders and healthcare workers who are at the front lines of the pandemic."

Both 3News and 10TV have reached out to the FDA for further comment.