The shelters will be used at the Martin Luther King Jr. Community Hospital in Los Angeles, which serves 1.3 million people. 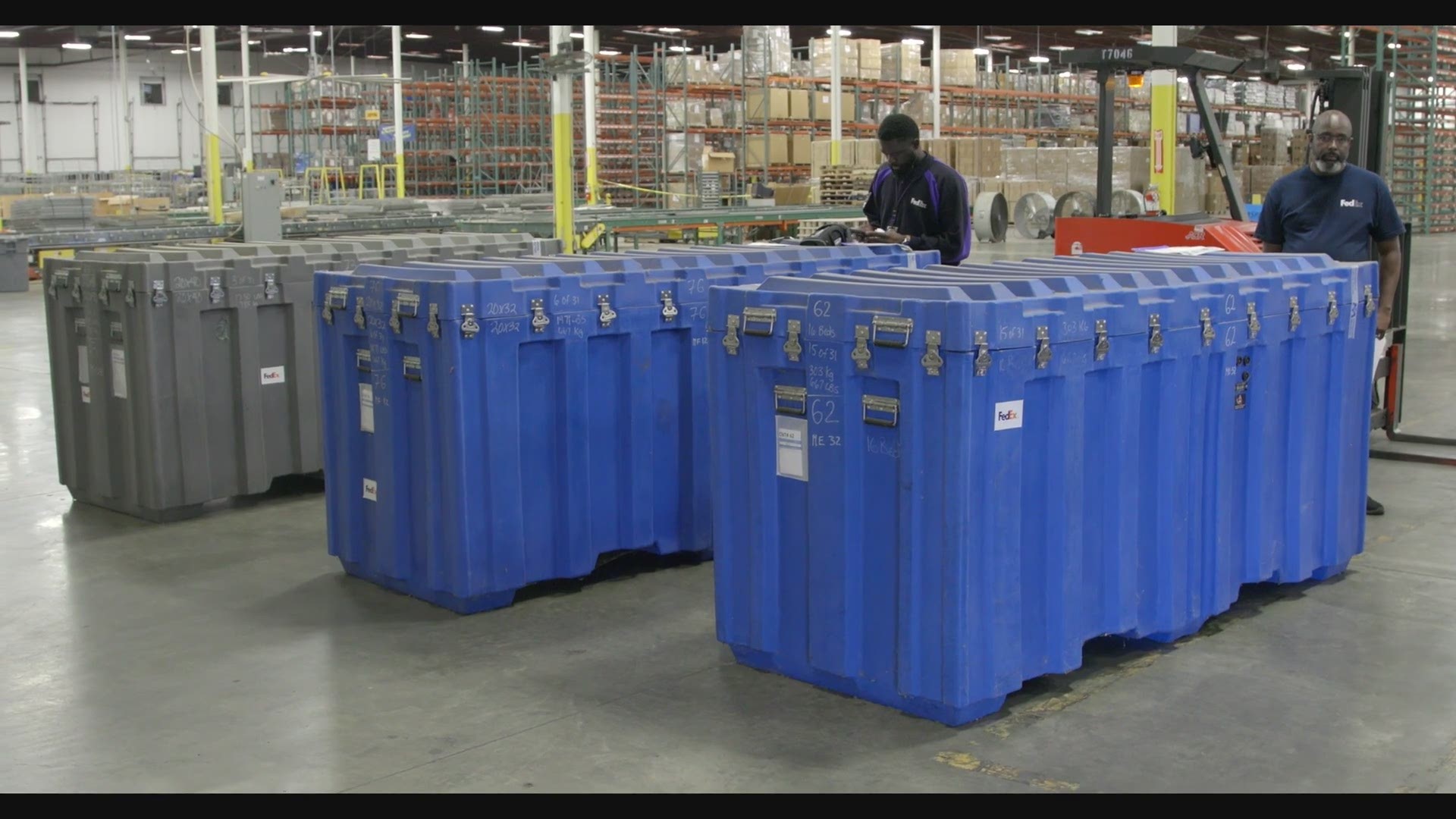 MEMPHIS, Tenn. — Memphis-based FedEx is helping in the fight against COVID-19, by transporting shelters for an Emergency Field Hospital to California.

From FedEx: “International Medical Corps is mobilizing two shelters from its Emergency Response Field Hospital in support of the COVID-19 crisis. FedEx moved the shelters on Wednesday, March 18th from the Memphis warehouse where it’s stored to the FedEx World Hub for rapid deployment.

The shelters will be used at the Martin Luther King Jr. Community Hospital (MLKCH) in Los Angeles, which serves 1.3 million people. Like other hospitals across the city, state and nation, MLKCH is preparing for a potential increase in patients due to the rapid spread of COVID-19. International Medical Corps’ equipment will help frontline health providers at the hospital manage patient flow and treatment.

A highly respected humanitarian relief organization, International Medical Corps built a mobile field hospital that can be fully operational in 48 hours after a major disaster hits anywhere in the world. FedEx logistics experts worked with International Medical Corps to make the field hospital even more flexible, to support varying levels of disasters. FedEx provides warehousing for the hospital near its Memphis Hub, which enables the rapid deployment of the hospital following a disaster. This collaboration is part of the FedEx Cares Delivering for Good initiative. The company uses its global network and logistics expertise to help organizations with mission-critical needs in times of disaster and for special shipments. For more than 35 years, International Medical Corps has worked to relieve the suffering of those impacted by war, natural disaster and disease by delivering vital healthcare-related services and focusing on training, helping devastated communities move from relief to self-reliance.”

The majority of people who have coronavirus will get better without any long-term effects, according to an Oregon doctor. About 80% of cases tend to be mild. In these cases, symptoms diminish over five to seven days, although people are still capable of transmitting the disease. But there are many people with a higher risk of having a more severe disease if they are diagnosed with coronavirus, including those with heart disease, diabetes, asthma and other vascular disease problems.

Also, most children who get it have mild symptoms.

WHO officials said March 9 that of about 80,000 people who have been sickened by COVID-19 in China, more than 70% have recovered and been discharged from hospitals.

Patients are typically released when they test negative twice for the virus within 24 hours, meaning they’re no longer carrying the virus, although some countries may be using a slightly different definition, that may include when people have no more respiratory symptoms or a clear CT scan.

The World Health Organization said it could take considerably longer for people to be “recovered,” depending on the severity of disease.

Dr. Mike Ryan, the World Health Organization's emergencies chief, said it can take up to six weeks for people to fully recover from COVID-19 infections, which could include pneumonia and other respiratory problems in serious cases. He said the numbers of reported patients have not always been systematically provided to World Health Organization although the U.N. health agency is asking every country with cases for further information.

To put the coronavirus numbers in context, millions of Americans get the flu every single year and there are thousands of flu deaths annually.

Since October 2019, the CDC estimates around 32 million Americans have gotten the flu. That’s one in every 10 Americans.