Detainees at Jail East make masks for other detainees

"You're still a young lady. You just happen to be in a situation right now. That doesn't define you," said Chief Inspector Takietha Tuggle. 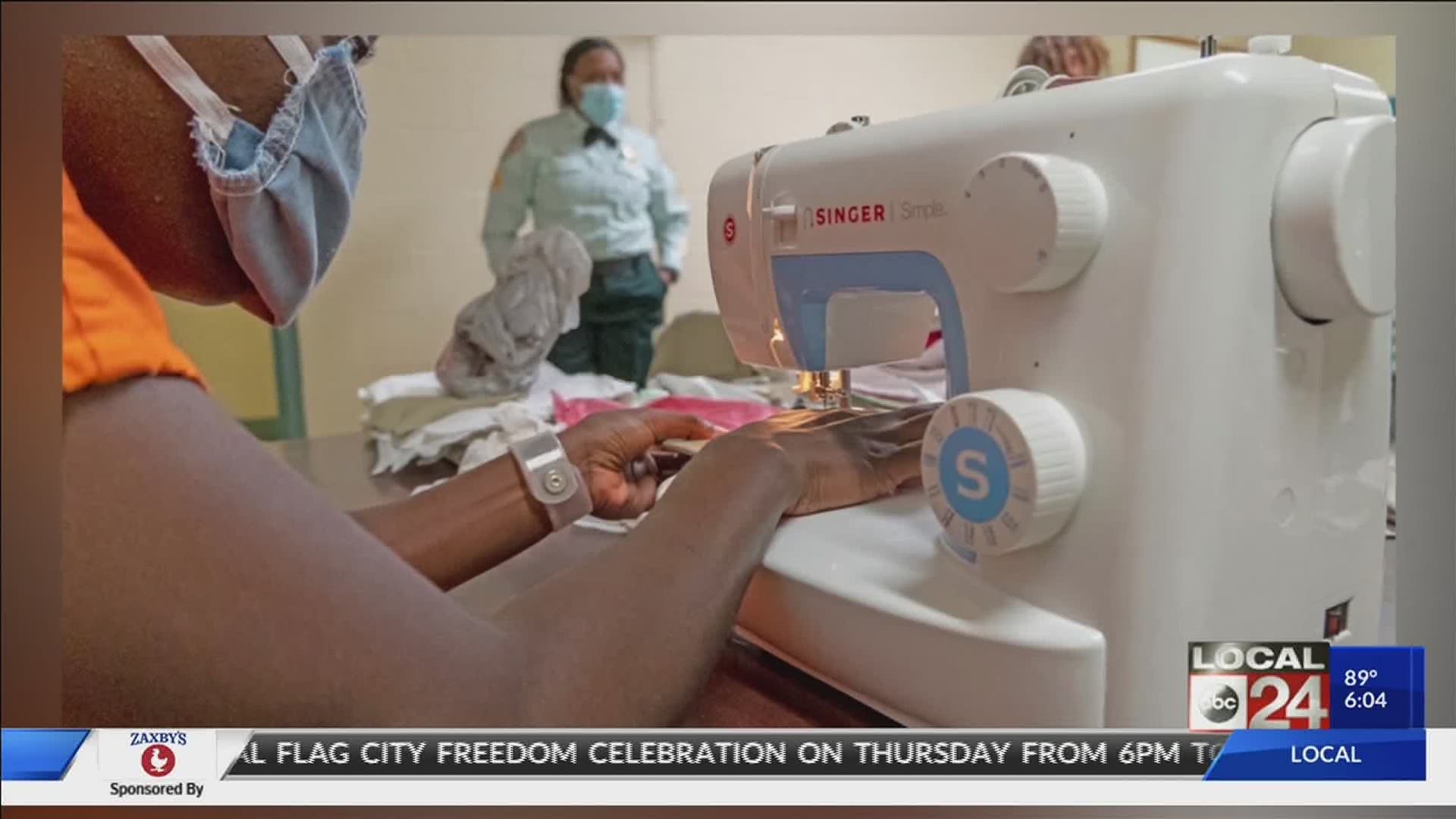 MEMPHIS, Tenn. — There has been a lot concern for the safety of those incarcerated or detained as we live through this coronavirus pandemic. The concern center around safety, health, and whether or not people have good protective gears.

Local 24 News Reporter, Brittani Moncrease, spoke with Shelby County Sheriff deputies about what detainees are doing to help each other.

During the pandemic, we have really learned the importance of compassion and showing one's value. Female detainees at Jail East have enough of both to go around. Even behind Jail East walls, there is no barrier limiting the reach of those inside.

Tuggle quickly saw talent in the women at Jail East.

"I talked to Chief Fields, the chief jailer over all three facilities, and I informed him that the church, St. Andrews, donated us some materials," said Tuggle. "I told him, 'Well, if you get us some more sewing machines, we can go ahead and make our own masks. We won't have to buy those masks and then it would give the women something to do."

That is just what happened.

Seven women began threading, cutting, and sewing. For some, it was their first time.

"Some staff also volunteered to assist them. When he ordered those sewing machines, we just went at it. Right now, we're at 300 masks," said Tuggle.

The project is spearheaded by Corrections Officer Alicia Sykes.

"I actually have a rotating pattern that i have going on where I teach them how to cut the proper size of the fabric, how to put the proper stitch on it and how to put it together. I let them rotate, so everyone can get an opportunity to learn how to," said Sykes.

All masks will go to detainees at 201 Poplar and Juvenile Court.

"When I showed them on the Shelby County web page the next day after Mr. Morris came out here to interview us...quite a few of them cried," said Tuggle.

"I've got actually one inmate saying when she gets out, she's going to try and get her a sewing machine and try to make an income," said Sykes.

It was just the inspiration needed.

"You're still a young lady. You just happen to be in a situation right now. That doesn't define you," said Tuggle.

That inspiration showed everyone is valued.

"I'm not here to be a chief. I'm here to be a service to the detainees. My responsibility is to make sure when they get here besides them being in their cell that they have something productive to do," said Tuggle.

Tuggle said they want to include other housing units on the project. Eventually, they want to provide additional skills programs to help detainees.

RELATED: 'They're human too': Mother hasn't heard from son in Arkansas prison where 44 inmates tested positive