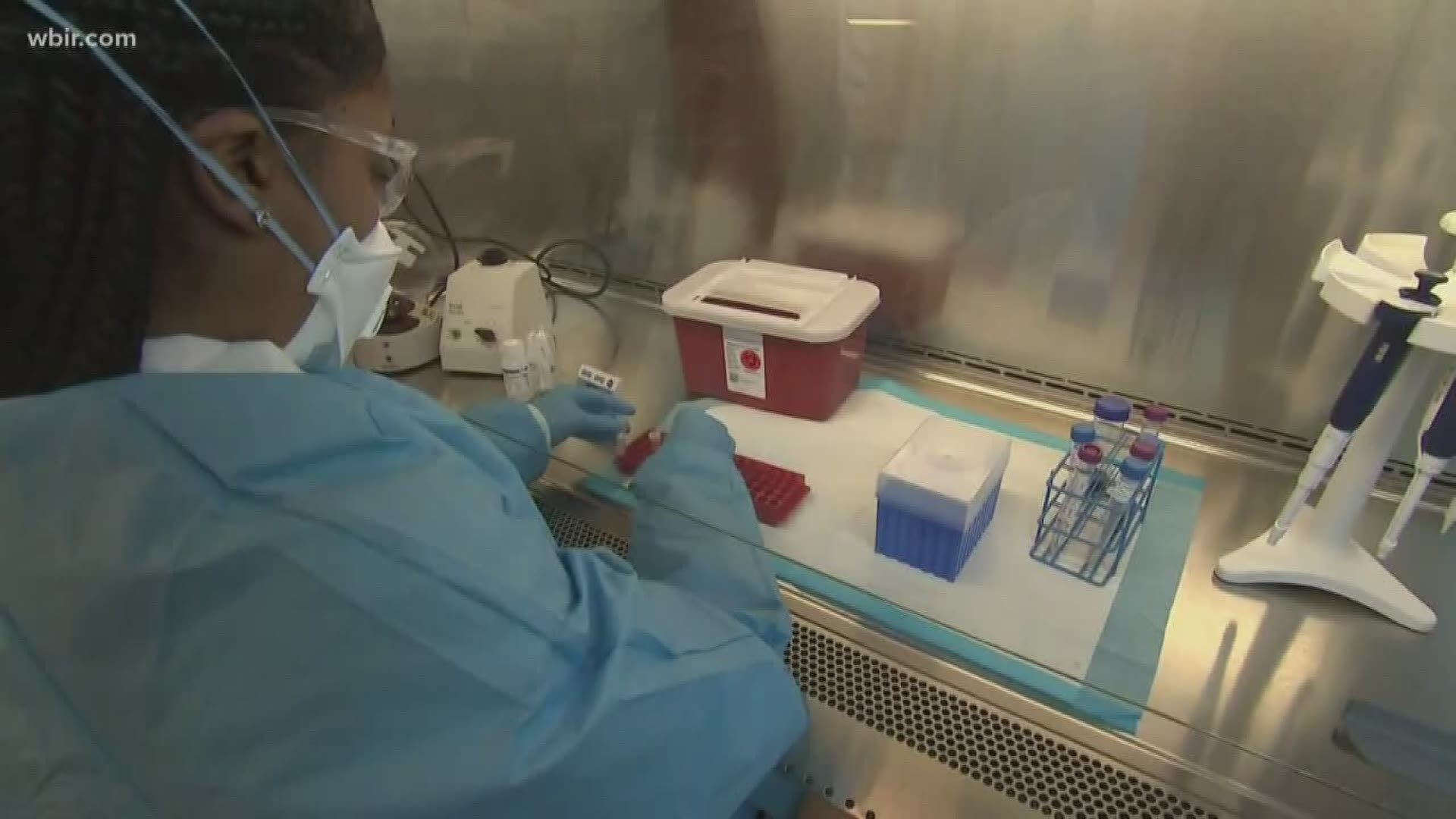 Buchanan said all other staff members and residents at the facility have tested negative, except for three tests they're still waiting results for. She declined to say if the county's one virus-related death so far is tied to the facility.

She said the "small cluster" at the facility was not unlike an outbreak at a Gallatin nursing home recently. Many more residents and staff there, however, tested positive.

RELATED: Knoxville's homeless will have a safe place if showing coronavius symptoms

RELATED: University of Tennessee campuses to continue online classes throughout the summer

"The difference is that we received negative tests from almost all the other staff and residents except those three we're waiting on. So that's really good news."

She said she didn't have the total number of negative results at the facility.

Buchanan said drive-thru testing prepared in conjunction with Kroger would be held Friday and Saturday. More details on location and hours will be released Wednesday.

Anyone getting the testing will have to get Kroger approval, and walk-ups won't be accepted, she said.

More details will be released and we will share those as soon as we have them.

Watch Live: The Knox County Health Department is providing its daily update on the COVID-19 response.

KCHD said Wednesday there are now 77 -- up from 63 on Tuesday -- confirmed COVID-19 cases, with 28 people recovering and 12 hospitalizations. Just one person has died so far.

Buchanan continued to stress the value of social distancing to ensure the virus spread is reduced.

Buchanan also offered advice for shoppers going to get groceries. She said when possible only person should go, rather than bringing their entire family.

WBIR has received some complaints from the public about hardware and home improvement stores such as Lowe's and Home Depot that remain open. Those businesses, however, are deemed essential so people can make home repairs, she said.

Buchanan added that those businesses should encourage safe social distancing for staff and among their customers.

"All of these measures will help reduce the rate of exposure," she said.

Most people are, in fact, following the guidelines, she said.

The director said she also was "grateful" to the city of Knoxville for announcing it would open a place for the homeless to go if the virus spreads into that community.

The City of Knoxville, the Knox County Health Department and several community groups have worked together to set up "The Guest House" on West Fifth Avenue to house those impacted.

It is owned by the Metro Drug Coalition (MDC) and has space to house 18 people while following appropriate social distancing and infection control guidelines.

So far no homeless person has tested positive.

The doctor also said she hadn't compared how Knox County is doing in relation to other communities.

"Our cases are growing and we are keeping a close eye on that," she said. "It’s important to remember all the things we’re doing to reduce social contact and follow social distancing guidelines. We  hope to keep the numbers low.

"Regardless of how we compare to other cities what’s important to do is continue social distancing."