A mother and second child from the household are also being monitored. There is not a concern the teen son spread the illness at school because he is homeschooled. 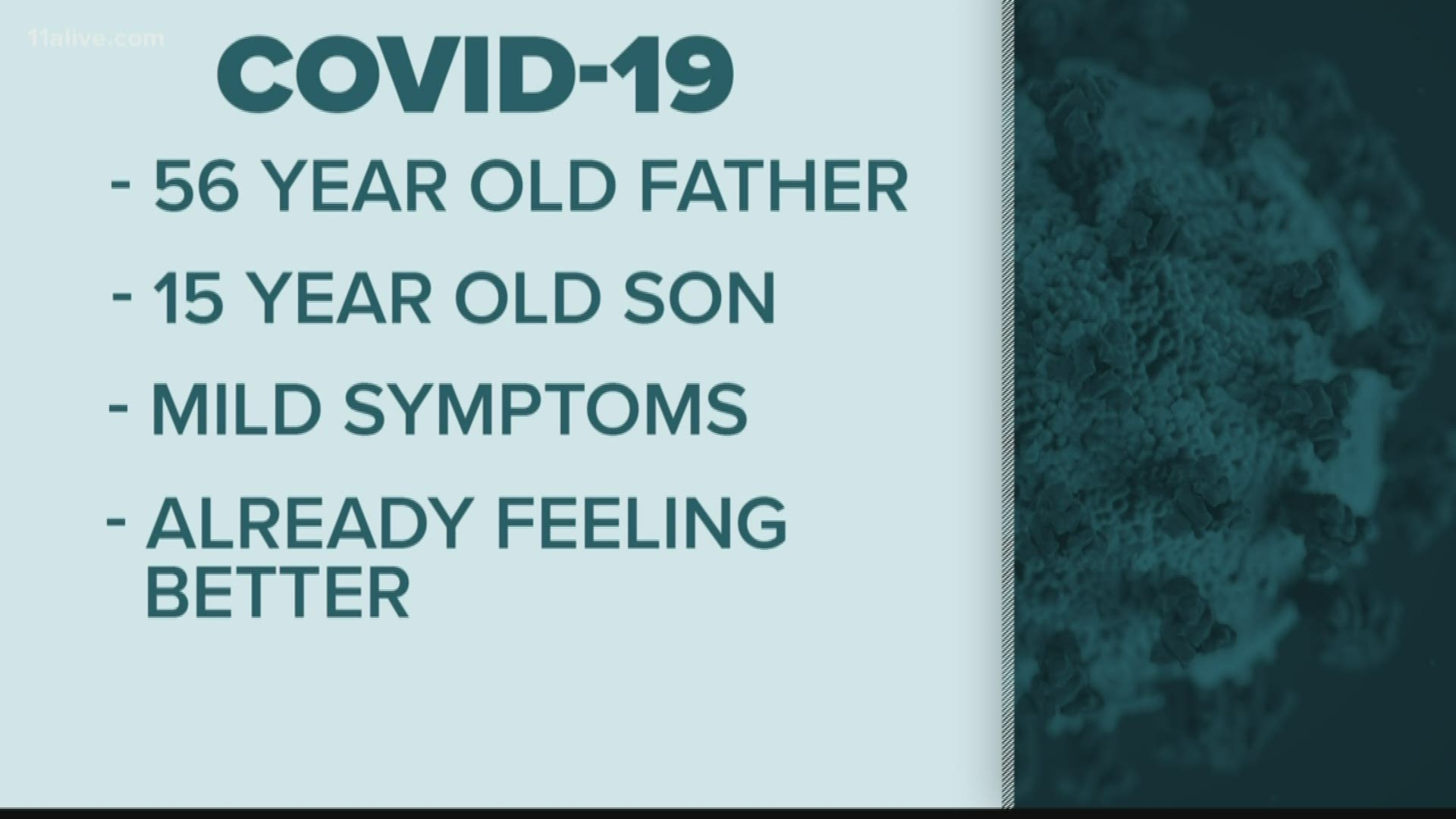 ATLANTA — The two confirmed coronavirus cases in Fulton County are a 56-year-old man who returned on Feb. 22 from a work trip to Milan, Italy, and his 15-year-old son, public health officials said Tuesday.

The household also includes a wife and 12-year-old second child who are "slightly symptomatic" and are being monitored. They have not yet been tested.

The officials said they are not concerned about the potential spread of the illness by the children in a school, for instance, because the two children are homeschooled.

According to Dr. Kathleen Toomey, the Georgia Department of Public Health commissioner, both the father and son have mild symptoms and were diagnosed by their physician after they began showing the symptoms and went to the doctor.

Health officials are still reaching out to people that may have come into contact with them after that point.

RELATED: Here's how Atlanta area school systems are planning for a coronavirus outbreak

According to Toomey, the two have now been isolated at home to prevent the illness from spreading beyond their family unit.

“We knew that Georgia would likely have confirmed cases of COVID-19, and we planned for it. The immediate risk of COVID-19 to the general public, however, remains low at this time,” Toomey said Monday night. “I cannot emphasize enough the need for all Georgians to follow the simple precautions that DPH always urges to prevent the spread of respiratory viruses.”

Download the FREE 11Alive app now in the iTunes store or on Google Play.

Coronavirus: Answering the top 10 questions people have been Googling

This interactive map shows all reported coronavirus cases in the world

Coronavirus symptoms | What to look for?

What to do if you think you have coronavirus