The projections were presented by emergency management officials to the county board of commissioners on Wednesday. 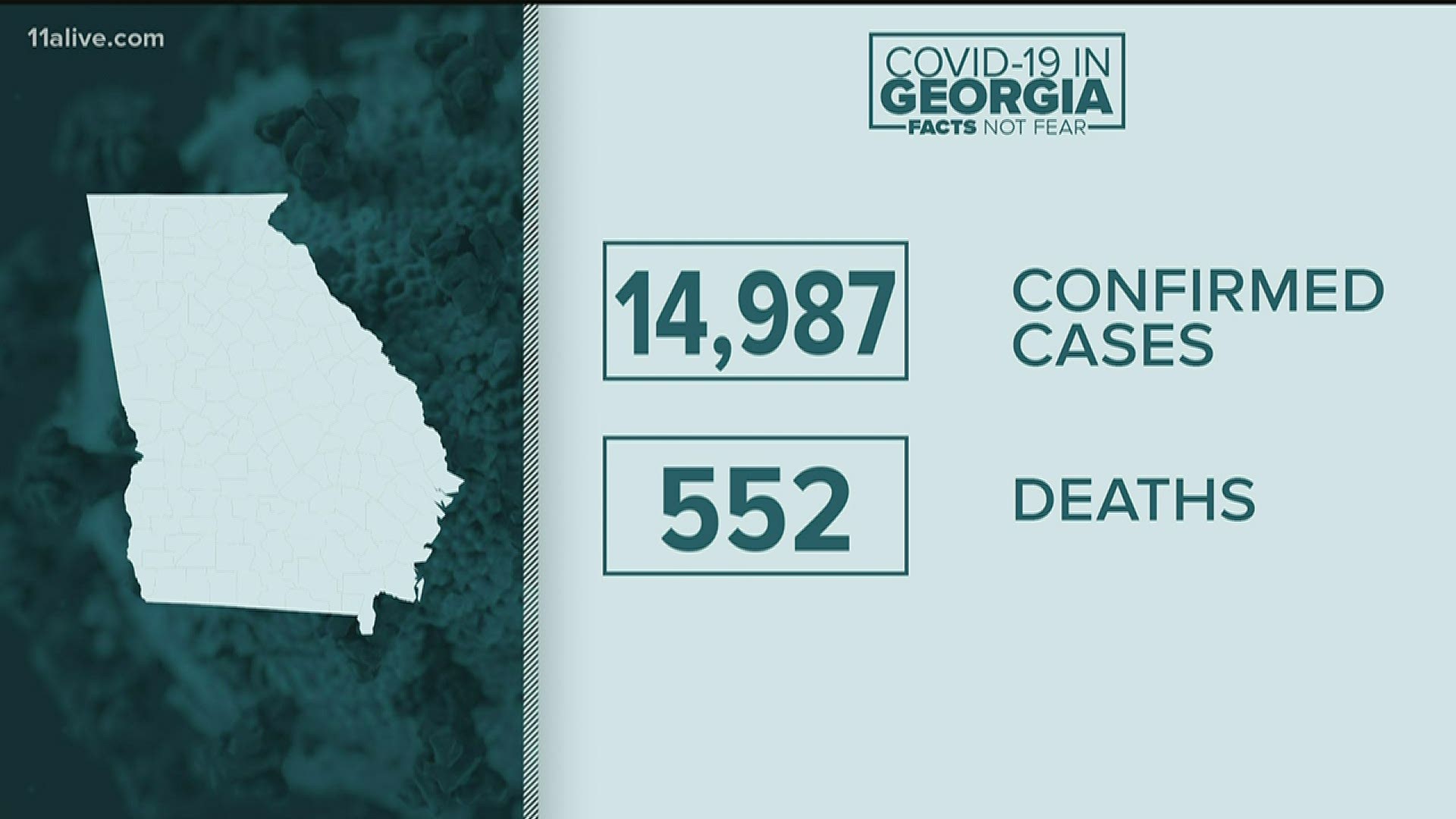 ATLANTA — Fulton County's latest projections in their coronavirus response show officials expect to be able to comfortably meet hospital bed, ICU bed and ventilator needs at the peak of the crisis, while at current numbers they would fall short of max capacity necessary for body storage in mid-May.

The figures were outlined in the Fulton County Board of Commissioners meeting on Wednesday. Matthew Kallmyer, the director of Atlanta-Fulton County Emergency Management Agency, addressed the agency's capacity to meet needs.

In many respects, officials already see a flattening of the curve in Fulton County.

Thanks to social distancing and other mitigation efforts in the response to COVID-19, officials project an excess of more than 700 hospital beds at the worst of the crisis, which they now see peaking around May 1.

They also project an excess of 93 ICU beds and 43 ventilators.

That compares to the county's readiness at the beginning of April, when they projected shortages of 380 beds, 14 ICU beds and 75 ventilators.

In addition to social distancing measures, officials point to increased capacity at Piedmont Hospital, the temporary 200-bed setup being arranged at the Georgia World Congress Center, as well as better modeling for the improving overall outlook.

Nevertheless, the EMA still projects the county's morgue capacity would be exceeded on May 12, with a peak shortfall of the ability to store about 17 bodies.

That's an improvement from an original projected shortfall of 188, which they have alleviated in part by commissioning two trailers that will be able to store bodies, as well as increased capacities at Grady Hospital and within the Emory hospital system.

"We want to maintain fatalities in a dignified matter, provide individuals with the dignity they need while they're being prepared for their final resting place," Kallmyer told commissioners during the meeting. "We’ve done a lot of work to add 117 capacity to that, as you can tell it's not perfect yet, we continue to strive to be better in that category to make sure we're prepared for anything that does come in the days and weeks ahead."

Officials projected the county would be adding an average of 5-11 deaths a day to the body count over the next month, with an ultimate total of 433.

In the above graph, officials show with the red line how, without social distancing and other mitigation efforts, the peak death count could have exceeded 1,200.

The yellow line, showing current projections, reflect the flattening curve in the county.

The county's other graphs, for hospital bed, ICU bed and ventilator needs, show a similar curve-flattening, with the yellow line (expected needs) falling below the blue line (expected capacity) in each instance.

The flattening of the curve means the peak, while lower, has now extended out to the start of May, after previous peaks were projected for roughly next week.

"With the flattening of the lines, the peaks have now shifted towards May," Kallmyer said. "They're lower peaks, but they did shift and they shifted really kind of nationwide, but Georgia's peaks are end of the month, around the first (of May)."

Getting 'Payment Status Not Available' from the new IRS stimulus check tracker? You're not alone