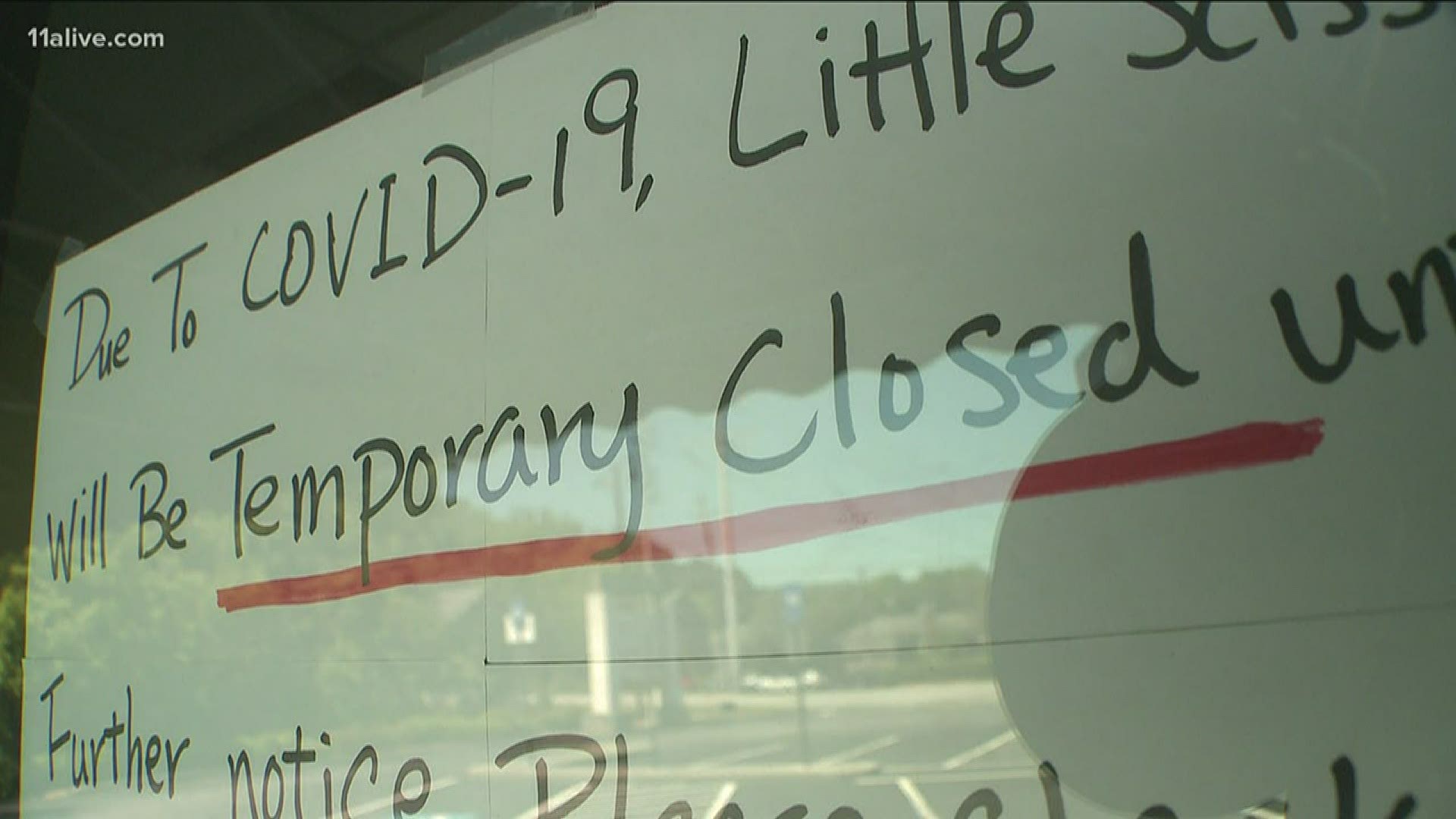 ATLANTA — Georgia released its official unemployment rate figures for the month of March, showing a seemingly modest 1.1% increase to 4.2%.

But the picture is getting much worse in April - March's 312,520 new unemployment claims were more than either of the last two yearly totals, and the April weekly totals are dwarfing March's monthly total.

New data for last week is expected out later Thursday, but last week the Georgia Department of Labor reported 390,132 claims for the week of March 29-April 4 (this week's data will reflect the week of April 5-11.)

If the April 5-11 data reflect a similar number, we could surpass 1 million claims over the last six weeks.

“We are reaching unprecedented claim levels of almost one million Georgians filing for unemployment,” Georgia Labor Commissioner Mark Butler said in a release on Thursday. “That is one in every ten people who are turning to the GDOL for unemployment assistance."

RELATED: Financial expert on filing for state unemployment: Be diligent, keep trying, you will get paid

Those numbers also only reflect successful claims. Scores of viewers have been telling 11Alive about their difficulties simply filing a claim - meaning the real number of people who have lost work is higher by some amount than what the official numbers suggest.

"This is a massive undertaking, but one that I know we are capable of achieving," Butler said of his agency's work to process claims.

Why you may still be getting 'Payment Status Not Available'