Brown said when a state restriction is loosened, it will be studied for two weeks to make sure there is no uptick in coronavirus cases. 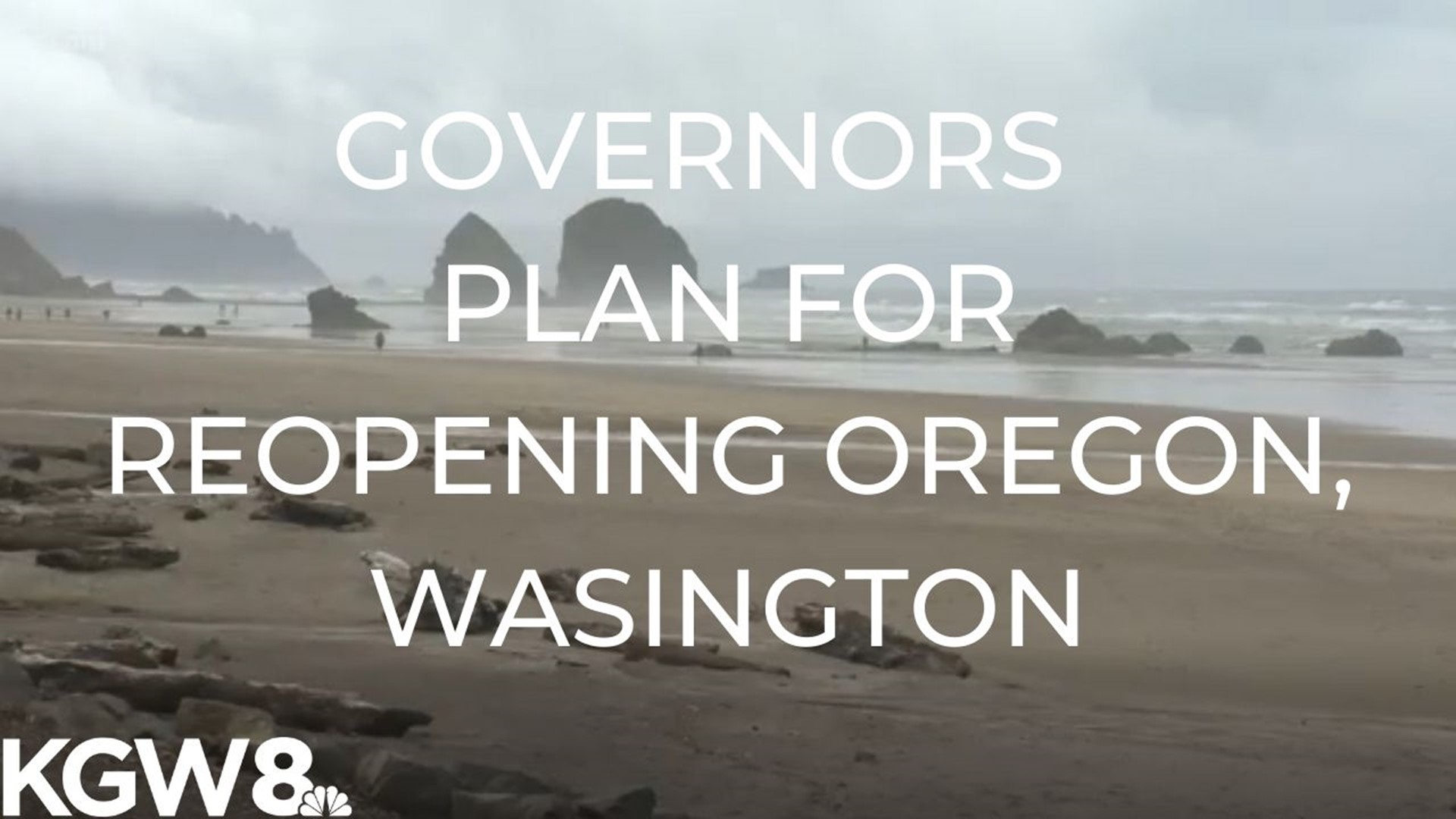 Brown said efforts made by the state and Oregonians have helped to flatten the curve of the coronavirus spread. She said her framework for restarting public life and business in the state is driven by science and has the following prerequisites:

The governor said she couldn't give a specific time frame for when the state will begin to ease COVID-19 restrictions. "I’m not going to put a date on this," she said.

"This is going to move much slower than any of us want, but that is the only way to protect the health and safety of Oregonians," Brown tweeted.

The governor said in the upcoming weeks, she plans to draw on the expertise of many who are in areas hurt most by the shutdowns.

"We will gather input from health care professionals, public health experts and from industries substantially impacted by the stay at home order," she said. "We will take a look at specific sectors of the economy. Restaurants and food service, retailers, childcare and personal services like hair and nail salons."

Watch Tuesday's press conference with Brown and representatives from the Oregon Health Authority and the governor's medical advisory panel.

On Monday, a spokesperson for Gov. Brown told KGW's Pat Dooris that elective surgeries and procedures would be one of the areas the state looks at reopening first. Loosening such a restriction would be an attempt to help medical and dental patients, and help those businesses survive.

Brown also said Monday that when a state restriction is loosened, it will be studied for two weeks to make sure there is no uptick in coronavirus cases.

The governor said she won't adopt a federal proposal to wait two weeks without a COVID-19 death in the state. Instead, she said she will watch for falling numbers of cases and hospitalizations.

Brown is asking leaders in business, health care and other fields to weigh in on her proposals.

Brown is collaborating with California Gov. Gavin Newsom and Washington Gov. Jay Inslee on reopening the West Coast states. The three governors have agreed to a set of principles as they build out a plan to "restart public life and business."

Inslee's plan for Washington state is similar to the one unveiled Tuesday by Brown.

"It will involve very large scale testing capacity increases which we very much need," Inslee said. "It will involve much more robust contact tracing – what you might think of as small armies to get to folks as soon as they get a temperature and that’s what we will be standing up."

Inslee hinted that the first restrictions in Washington could come off as soon as May 4.

The governor was asked about comments from President Trump, who insisted that he has total authority to lift restrictions put in place by the states.

RELATED: How the west could reopen: Governors collaborate on plan for economy

RELATED: Here's when COVID-19 could peak in Oregon