The two discussed the potential of sending kids back to school amid the COVID-19 pandemic and whether Fauci is the "end all" of knowledge. 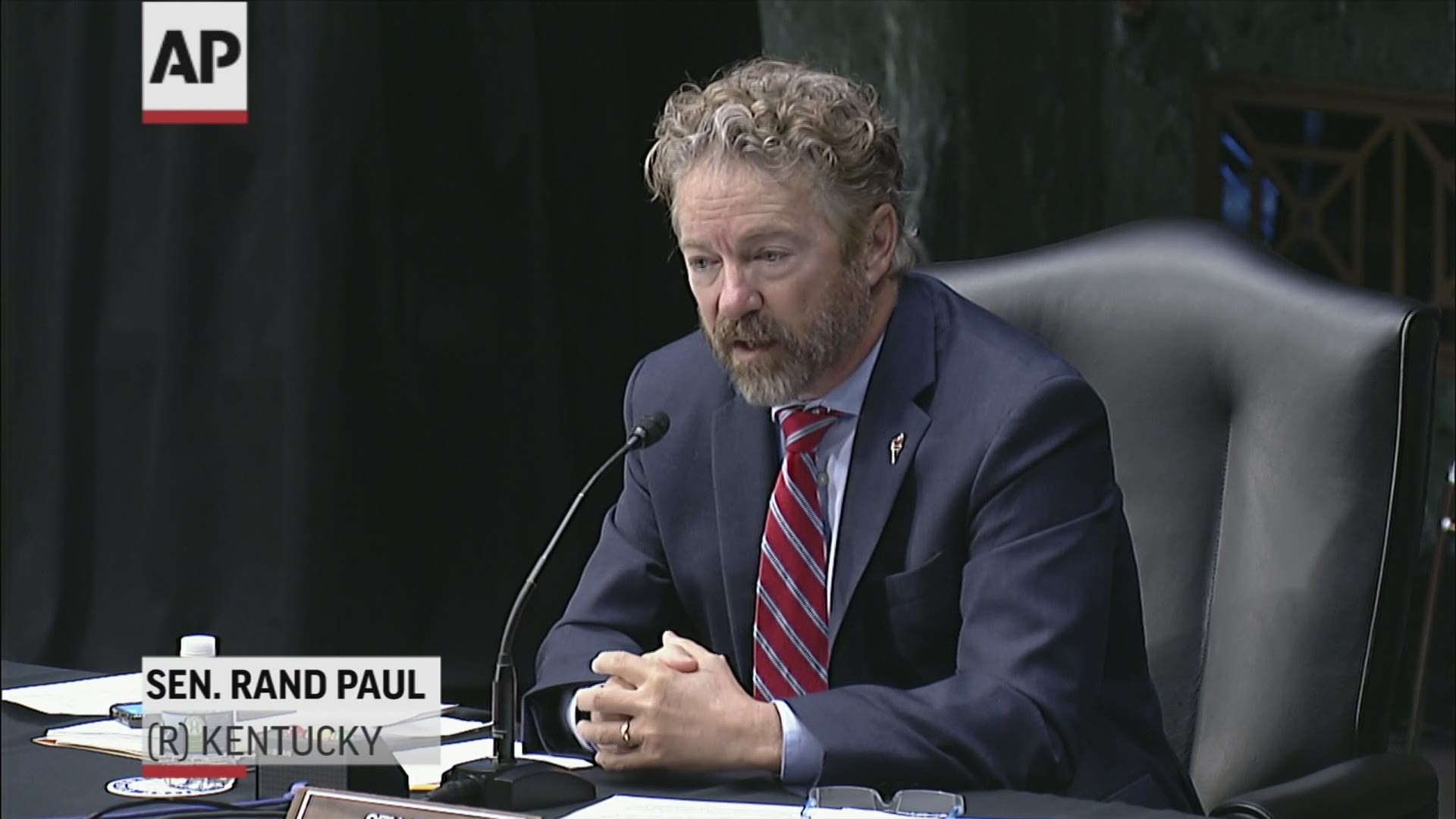 WASHINGTON — In a sharp exchange with Dr. Anthony Fauci Tuesday, Kentucky Republican Sen. Rand Paul told the nation's top infectious disease expert he is not the "end all" in knowledge about the coronavirus.

The comments came during a Senate hearing on the coronavirus pandemic, which many lawmakers and witnesses, including Fauci, attended via video conference.

Earlier in the hearing, Fauci told the Senate panel that a vaccine would not be available by the time students are expected to return to schools in the fall.

"The idea of having treatments available or a vaccine to facilitate the reentry of students into the fall term would be something that would be a bit of a bridge too far," he said.

Fauci said the issue is whether students will feel safe returning to schools and suggested high levels of testing could play a role.

RELATED: Dr. Fauci warns of serious consequences if US reopens too soon

A short while later, Paul told Fauci he's not the "one person" who is entitled to make decisions regarding the virus. He said considering the very low mortality rate among children, it's "kind of ridiculous" to suggest children should be kept out of school in the fall.

"And as much as I respect you, Dr. Fauci, I don't think you're the end all," Paul said. "I don't think you're the one person against to make a decision. We can listen to your advice, but there are people on the other side saying there's not going to be a surge and that we can safely open the economy and the facts will bear this out."

Fauci agreed he is not the only voice in the room, but made it clear he's not giving advice on the economy.

"I'm a scientist, a physician and a public health official. I give advice according to the best scientific evidence. There are a number of other people who come into that and give advice that are more related to the things that you spoke about, about the need to get the country back open again and economically. I don't give advice about economic things," Fauci said.

Fauci also said while he agrees that children on the whole do much better than adults with COVID-19, there are recent reports of severe disease among children and said it's still really not well understood.

"We don't know everything about this virus and we really better be pretty careful, particularly when it comes to children," Fauci said. "I think we better be careful (that) we are not cavalier in thinking that children are completely immune from the deleterious effects."

"I am very careful and hopefully humble in knowing that I don't know everything about this disease, and that's why I'm very reserved in making broad predictions," Fauci said.

For most people, the new coronavirus causes only mild or moderate symptoms, such as fever and cough. For some, especially older adults and people with existing health problems, it can cause more severe illness, including pneumonia. The vast majority of people recover from the new virus.

TEGNA Staff contributed to this report.