How the west could reopen: Governors collaborate on plan for economy

An expert at the University of Washington says there could be a rolling reopening of some states in May. 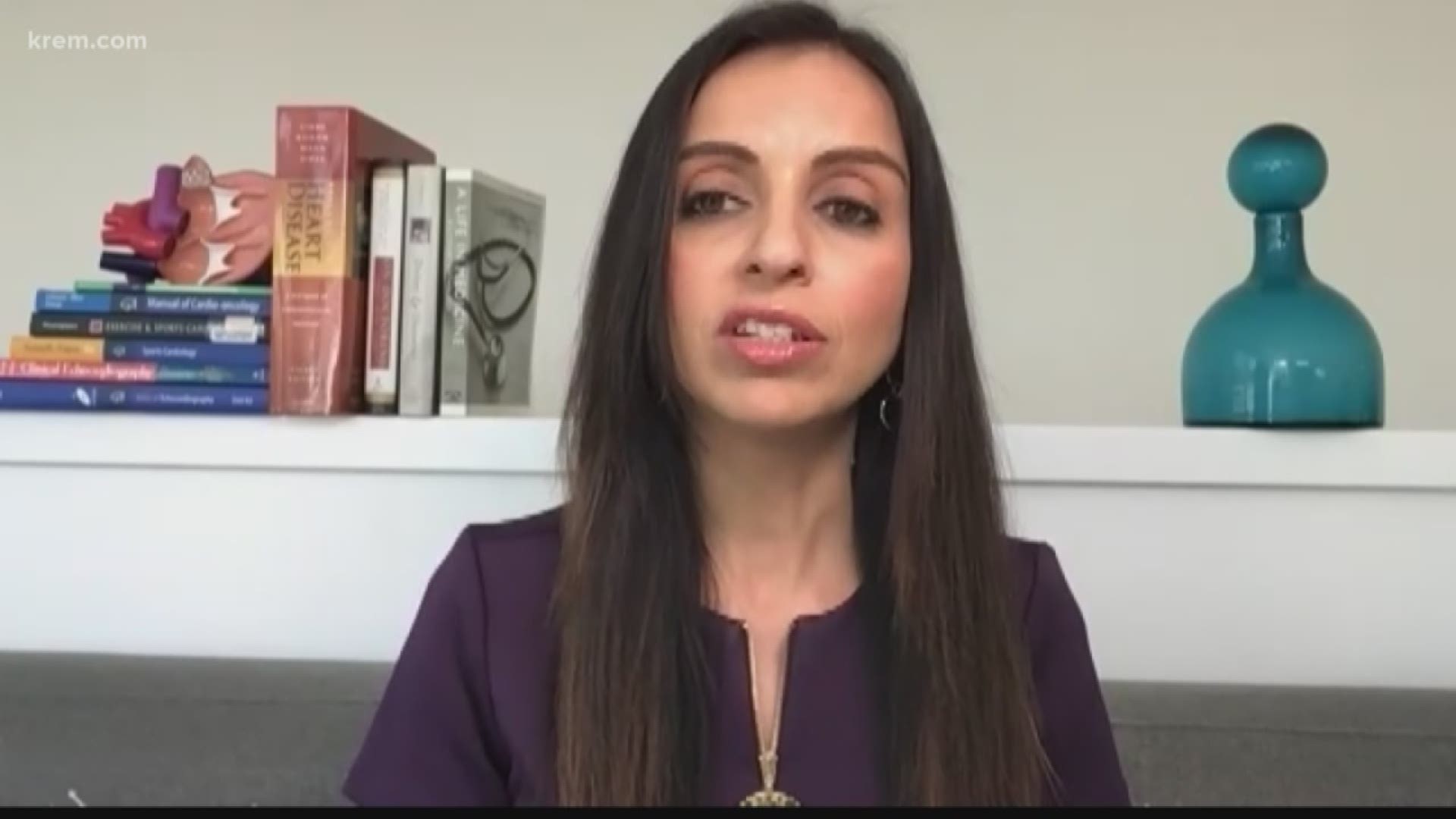 OLYMPIA, Wash. — Washington Gov. Jay Inslee announced on Monday that he and governors from both California and Oregon have agreed to work together on a shared approach for reopening the states’ economies.

Inslee, California Gov. Gavin Newsom and Oregon Gov. Kate Brown have agreed to a set of principles as they build out a plan to "restart public life and business."

The governors say they are also focusing on goals that will be critical for controlling the virus in the future, such as protecting vulnerable populations at risk for severe disease, including nursing homes and long-term care facilities; ensuring adequate hospital surge capacity and supplies of personal protective equipment; mitigating the non-direct health impacts of COVID-19; and developing a system for testing, tracking and isolating.

Dr. Anthony Fauci also, the United States' top infectious disease expert, said on Sunday that the economy in parts of the country could have a "rolling reentry" as early as next month, provided health authorities can quickly identify and isolate people who will inevitably be infected with the coronavirus.

RELATED: Fauci: 'rolling reentry' of US economy possible in May

Rather than flipping a switch to reopen the entire country, Fauci said a gradual process will be required based on the status of the pandemic in various parts of the U.S. and the availability of rapid, widespread testing. Once the number of people who are seriously ill sharply declines, officials can begin to "think about a gradual reentry of some sort of normality, some rolling reentry," Fauci said.

Dr. Christopher Murray, director of the University of Washington's Institute for Health Metrics and Evaluation, spoke over the weekend about what a rolling reopening of the U.S. economy could look like on CBS News’ Face the Nation.

He said it’s possible that some states could reopen in May but it’s “very unlikely” that this would not lead to an “immediate resurgence in others.

In West Coast states, which seems to be farther along the epidemic curve, Dr. Murray says we will need multiple weeks of closures after the peak to bring the burden of cases down to a point where testing and contract tracing has a chance of working.

“And then, of course, there's the big issue if states are on different timings of their epidemics, which we know is the case, how are they going to control importation from other states into their state? So it poses a whole series of new questions that haven't yet really been addressed,” Dr. Murray said.

“And so maybe some states can open up mid-May. But we have to be very careful and make sure that we don't sort of lose all the effort that the American people have put into closures by premature opening,” he continued.

Dr. Murray added that the United States would “very clearly have a rebound” in cases if the entire country is reopens by May 1.

“We don't think the capability [is] in the states exists yet to deal with that volume of cases. And so by July or August, we could be back in the same situation we are now,” he said.

Spokane County Health Officer Dr. Bob Lutz said on Monday that he and other health leaders are looking for a continued decrease in case counts and hospitalizations in order to reopen the economy.

“I get very concerned if I see clusters in certain areas or communities," he added.

RELATED: President Trump says decision on easing guidelines will come from him, not governors