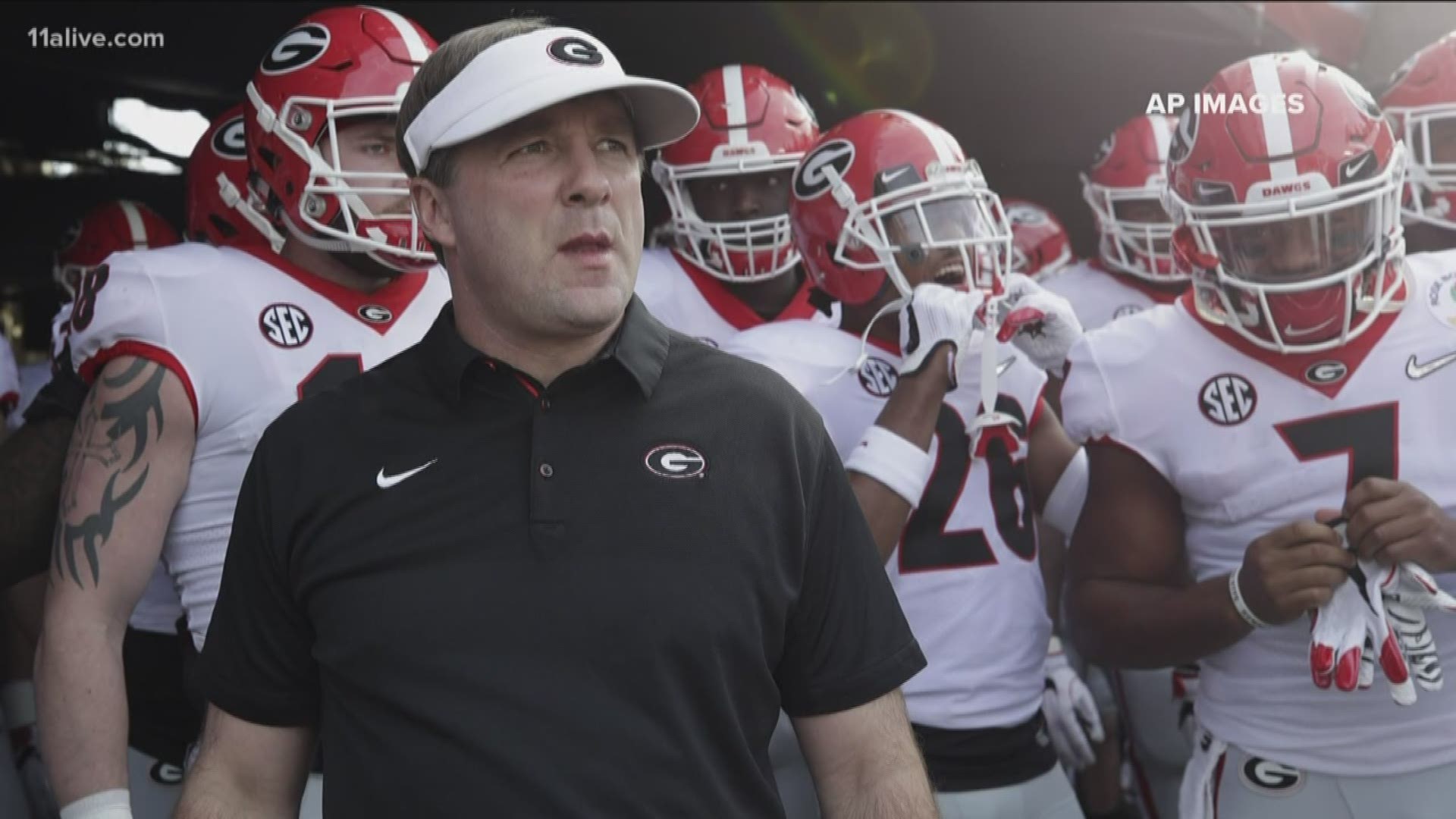 ATHENS, Ga. — Quarantine life has been an adjustment for everyone. For Kirby Smart, it hasn’t been all bad.

“Probably has been better for my real health than anything because I’ve had more time to do things like get out and go exercise," Smart said. "I don’t like sitting at home at all.”

He’s also able to do a lot of work from home. There are daily zoom meetings with staff and he says it’s exactly what the staff would be doing if they were in spring ball.

But they’re not in spring ball. So, just like University of Georgia students are doing with their classes, spring ball is also being done virtually.

“How much of it can be done virtually? I don’t know that," Smart said "That’s something we’re coming across now. It’s really how much can they digest virtually. We’re trying to act like we’re going through spring practice right now virtually."

"We’re doing it with our players virtually, but with two hours a week virtually, it makes that a little bit tougher, he said.

Not all of Smart’s time has been spent on football. When he self-quarantined after returning from an international trip, he spent time with family, exercised and watched one of the most watched shows everyone seems to be watching right now – Tiger King.

“I got through two episodes, I just couldn’t do it, man. I couldn’t stomach it. Everybody continues to talk about it. My patience wears thin. I’m looking for a little more plot. It’s not my cup of tea. I’m more of an Ozark guy,” Smart said..

And the question everyone wants to know the answer to - will football season start on time?

“I don’t want to give an opinion on that," Smart said.."I don’t want to be speculative and guess. I think you have to leave that up to the medical people.”

Things are closed, but this is what you can still do during the shutdown

Preparing for the return of sports

Department of Labor asks people filing for unemployment to be patient