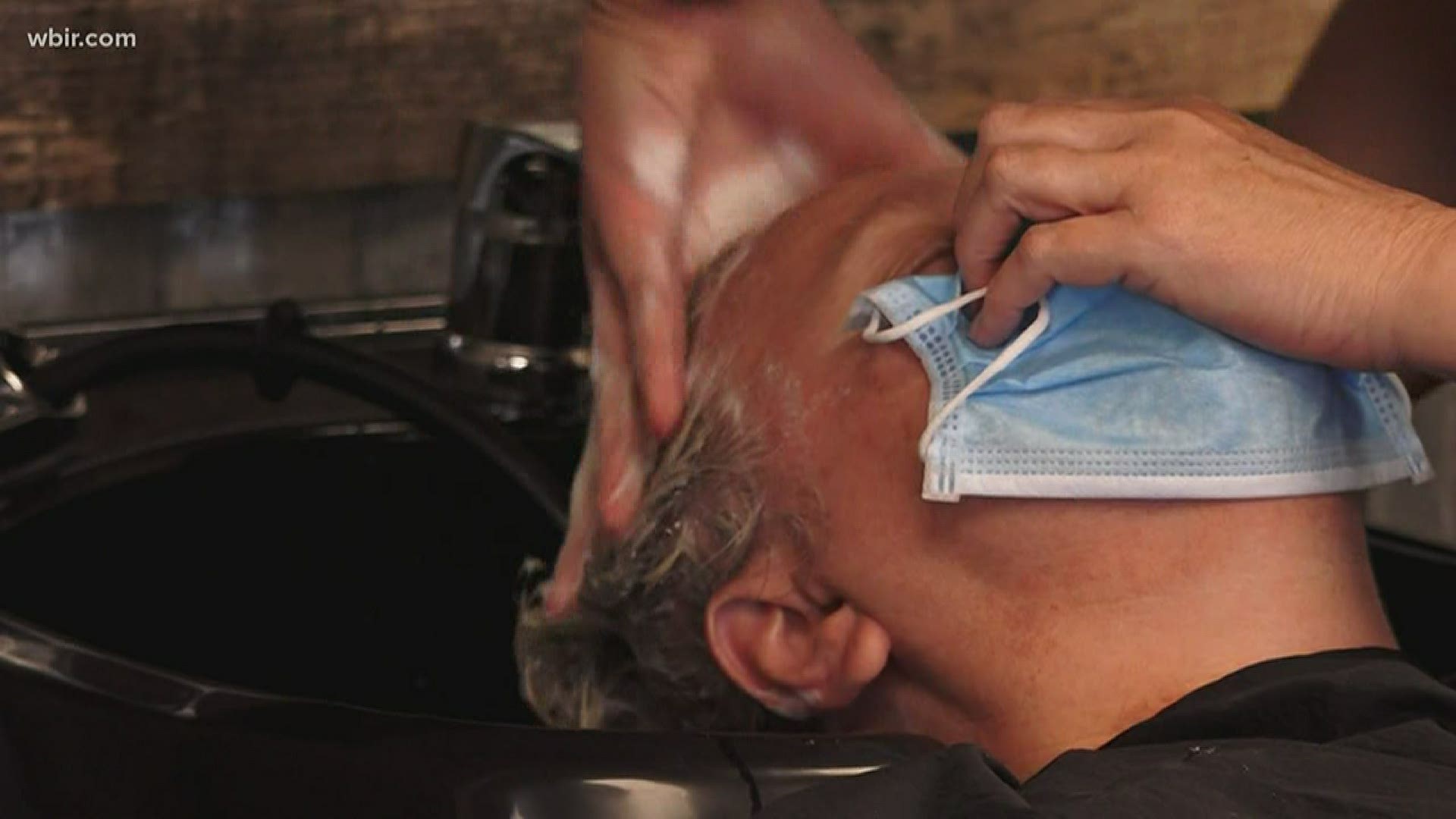 Gray has been part of routine and ongoing discussions since the local COVID-19 outbreak with other health systems, the Knox County Health Department and the city and county mayors as they strategized how to prepare for a possible surge in patients and then how to plan for a gradual reopening.

"We will be vigilant for a long time going forward," Gray said. "COVID will be with us and part of the conversation for the foreseeable future."

RELATED: 'I am making a difference' | UT nursing grad heads to front lines amid pandemic

RELATED: 14,096 confirmed cases of coronavirus in Tennessee, including 6,783 recoveries & 237 deaths

RELATED: Experimental COVID-19 vaccine is being tested on volunteers

After hospitals see how the second in-patient phase is working, the plan calls for them to start May 25 going back to providing full services, Gray said. But plans can change, and each hospital system also has discretion to adjust accordingly.

"That allows for a gradual increase in volume on our campus," he said. It also keeps staff safe, he said.

Gray said UTMC and other hospitals have measures they can look at that will indicate if trouble may be brewing with the recent easing of movement restrictions among the populace.

Those measures include testing capacity, the "burden" of the disease, the availability of protective equipment and the capacity of blood banks to provide blood for surgeries.

Blount Memorial Hospital, for example, began elective procedures May 1 and now is poised to start up in-patient surgeries Monday, May 11, hospital spokesman Josh West said in an announcement Friday.

Hospital systems stopped elective procedures in March to prepare in case the area experienced a sharp increase in coronavirus patients. That's why health authorities were so anxious to "flatten the curve" -- so that hospitals across the state could handle any influx of virus patients.

Knoxville didn't see a surge, and figures show it has had some of the lower infection and positive case rates. The county has seen five deaths. The vast majority of those who tested positive have recovered, and some weren't even very sick, according to Health Department Director Dr. Martha Buchanan.

Gray said anyone who comes to UTMC will see an obvious response to the virus, such as everyone wearing a mask. Patient visitation continues to be restricted, and everyone coming to the campus is screened about their recent health history, he said.

Gray said one unexpected benefit has come from the crisis. More people are using telehealth -- consultation with physicians by internet for medical care.

"We'll never go backwards," he said. "It's a benefit to the provider and the patients we serve."

Buchanan also addressed other topics about how the county is responding to COVID-19.

Buchanan said she didn't know the precise schedule and said the Health Department would be working with the National Guard to conduct the testing.

The county still has masks available for free. So far it's distributed about 2,000. It's supposed to get a total of 19,000 from the state for public distribution.

"We have plenty," Buchanan said.

On Friday, the University of Tennessee Extension service also announced they would begin helping to hand out free masks. There are 95 extension offices in the state, one in each county.

Gov. Bill Lee has said he hopes to make some 5 million masks available across the state.

“UT Extension is eager to help in the distribution of the facemasks,” said Robert Burns, dean of UT Extension. “Extension has a history of assisting in times of crisis and we are ready to step up to help stamp out this pandemic.”