With the first weekend of mandatory closures under Knoxville's belt, service industry workers are hopeful financial help is on the way. 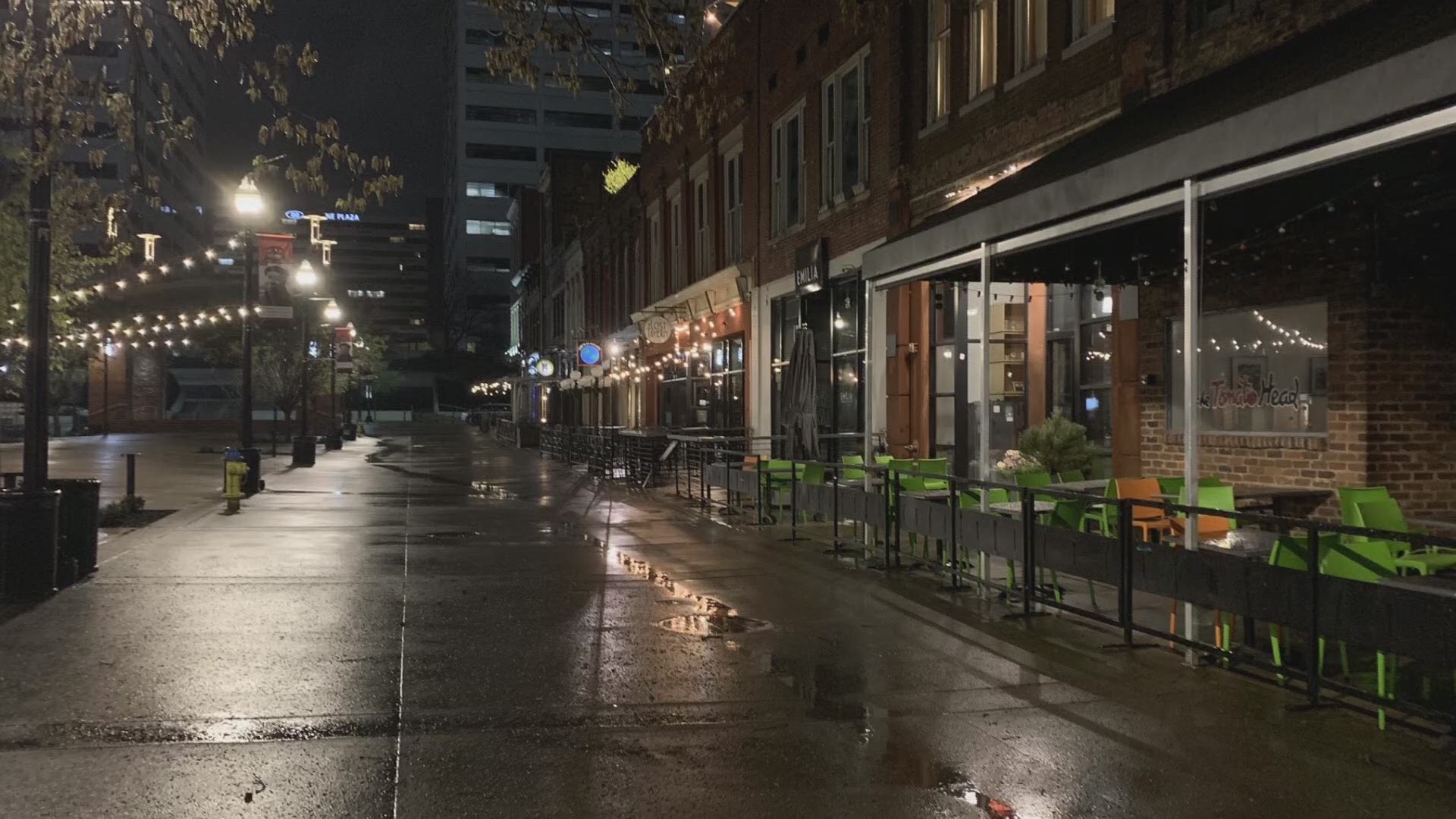 KNOXVILLE, Tenn. — This is the first weekend Knoxville bars and restaurants were closed after a mandate from Mayor Indya Kincannon and Governor Bill Lee.

Now, service industry workers in the city, like bartenders and servers, are relying on donations and unemployment to survive, but are pushing for a bailout.

It's an unusual sight for a weekend in Knoxville: doors closed, no crowds and tables empty.

Whitney Scott's livelihood stems from downtown. She's a bartender at Preservation Pub and Scruffy City on Market Square and a bar manager at Sapphire on Gay Street.

When those establishments decided to shut down before the mandatory closure, her world was poured out on the ground.

"It's a huge adjustment," Scott said. "You know, I have multiple jobs for that reason, just you know, so I always had job security and now that that's not a thing."

She knows the closures are necessary and needed in order to keep people safe.

She said she is lucky to live in a multiple income house, where her fiance is still able to work and bring in a paycheck. Many of her coworkers are not in the same spot, so she's trying to help gather resources for them as much as possible.

Now, while some employees can file for unemployment, that's not the case for everyone.

Whitney, along with servers, bartenders and dishwashers across the country are pushing for service industry bailouts from Congress.

"But it's like, if there is a service industry bailout, are you still eligible for that if you file for unemployment," Scott asked. "I think there's a lot of questions still, but there are many people hard at work, emails being sent, phone calls being made to make sure that a large part of our community is taken care of."

National groups, like the U.S. Bartenders' Guild, is collecting money through a fundraiser to help fill in the gaps during mandatory closures.

"There's a lot of us, so, you know, working together, we'll make sure everybody has what they need," Scott assured.

Scott said she hopes she and her coworkers still have jobs when this is all over and needs the community's support more than ever.

"We're gonna work together and get through this," Scott smiled.

Restaurants and bars will be closed until the mandatory closure status issued by state and local governments is lifted.

Restaurants are still able to provide to-go and curbside pickup, but dining rooms must be closed.