The CDC reports only 27% in Crittenden County have been vaccinated, which puts kids younger than 12 at risk since they aren't eligible for the COVID-19 vaccine. 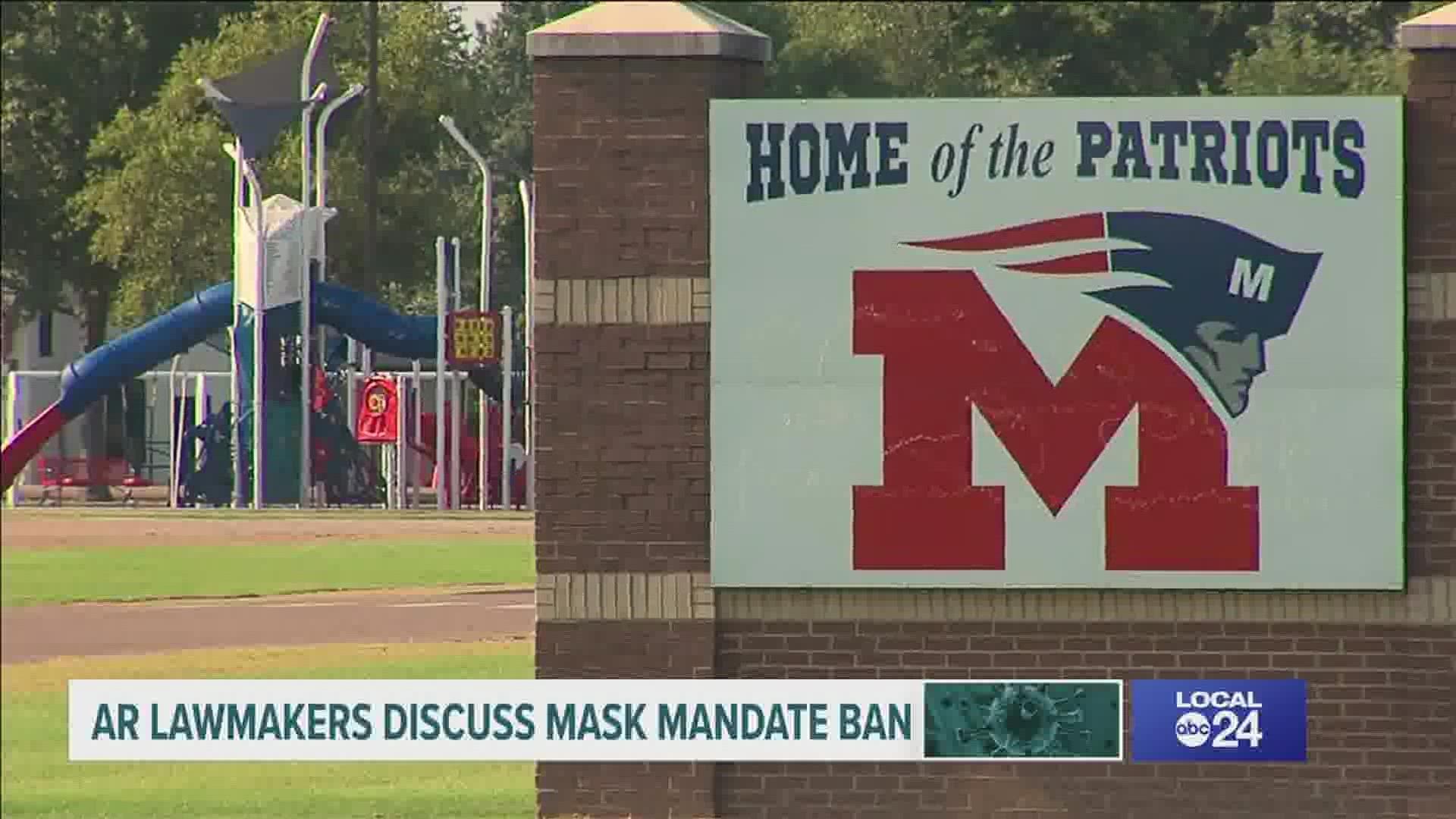 You can read the latest update HERE.

8/4/2021 - They're only halfway through the second week of school, but Marion School District already has 730 students and 10 staff members in quarantine. Marion superintendent Dr. Glen Fenter said this could have been prevented if there wasn't a state law banning mask mandates.

"They would be learning and we would not be disrupting our economy with those students being sent home and their parents having to assume the immediate responsibility for not only their activity but supporting their academic endeavors," Fenter said.

Some parents, like Keith Montgomery, aren't surprised by the outbreak adding adults need to put politics aside for our children.

"Quite shocking initially, but then this is an area that’s not getting vaccinated," Montgomery said. "So, how shocking is it really?"

Crittenden County, where the school district is located, has a low vaccination rate in a high transmission area. The CDC reports only 27% of people in the county have been vaccinated, which puts kids younger than 12 at risk since they aren't eligible for the vaccine.

"My daughter is a basketball player, my son is in the band so that’s a lot of germs flying around and I want to make sure that they are protected," Montgomery said.

Parent Valentina Lackland said the school district's efforts to offer everyone in the community, especially students 12 years and older, the vaccine is a step in the right direction.

"They have so much interaction with other people," Lackland said. "With the different variants going on I just think it’s very important for the kids to be vaccinated."

From the classroom: Marion School District asks for help from the legislature. https://arktimes.com/arkansas-blog/2021/08/03/from-the-classroom-marion-school-district-asks-for-help-from-the-legislature

Lackland said regardless of a mask mandate, it's up to the parents to vaccinate their children and have them wear masks to protect themselves from this highly contagious variant.

"You don’t know with the new Delta variant, you don’t really know what’s going on so I still myself rather be safe than sorry," Lackland said.

Wednesday, officials with the Marion School District said more than 700 student and staff members are now quarantined in only the second week of the school year. They said there were 15 positive cases as of Tuesday that resulted in 312 more quarantines.

On Tuesday, the district said 253 students would begin their quarantine two days into the second week of the school year. That came after 163 students were already quarantined last week.

"If all students and teachers had been wearing a mask appropriately- then today's 18 positive cases would be isolated- but there would be no resulting quarantines for anyone else," the school district said on Facebook Tuesday.

Read the latest from the district HERE.

MARION SCHOOL DISTRICT COVID DAILY UPDATE AUG 04, 2021 At the Marion School District, we are committed to the safety...