With new CDC guidance stating that all who are fully vaccinated don't have to wear masks in public settings, Little Rock has discontinued the mask mandate. 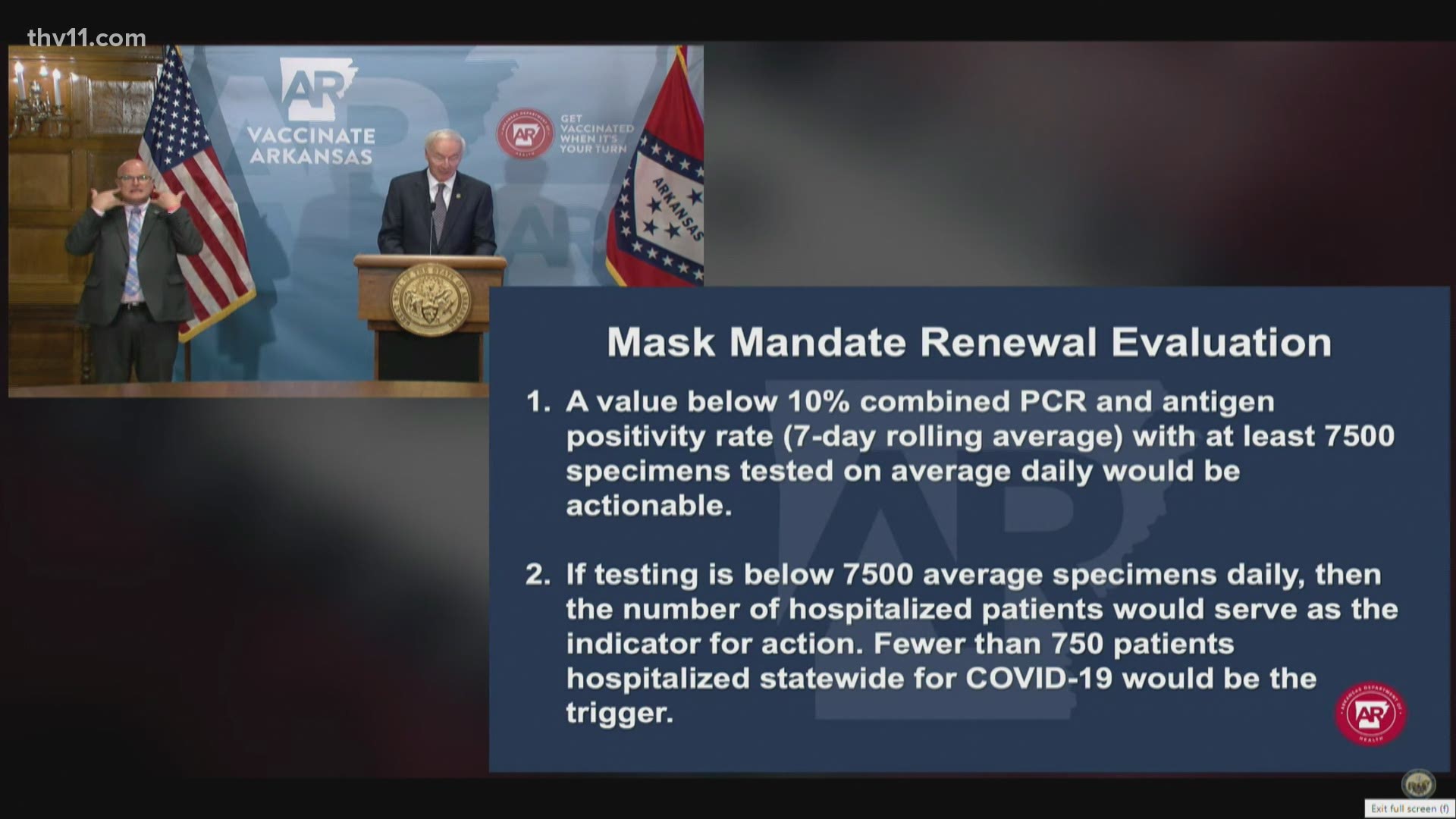 NORTH LITTLE ROCK, Ark. — UPDATE: With new CDC guidance stating that all who are fully vaccinated don't have to wear masks in public settings, Mayor Frank Scott Jr. announced that the City of Little Rock will discontinue the mask mandate.

Little Rock Mayor Frank Scott Jr. announced that although the statewide mask mandate will end on March 31, the city will continue to mandate masks citywide and will revisit the mandate in 30 days to "monitor data and recommendations from public health experts."

Gov. Hutchinson announced during his weekly COVID-19 briefing on Tuesday, March 30, that the statewide mask mandate put in place to prevent the spread of the virus will end as reported positive cases go down.

Hutchinson did say that with the lifting of the mandate statewide, private and local government entities have the choice to require masks inside their facilities.

The governor pointed the previous guidelines he had made for lifting the mask mandate during the press briefing, which included:

The governor acknowledges the state has reached all of these goals, and therefore, the mandate is being lifted.

Other cities/entities that are continuing the mask mandate: