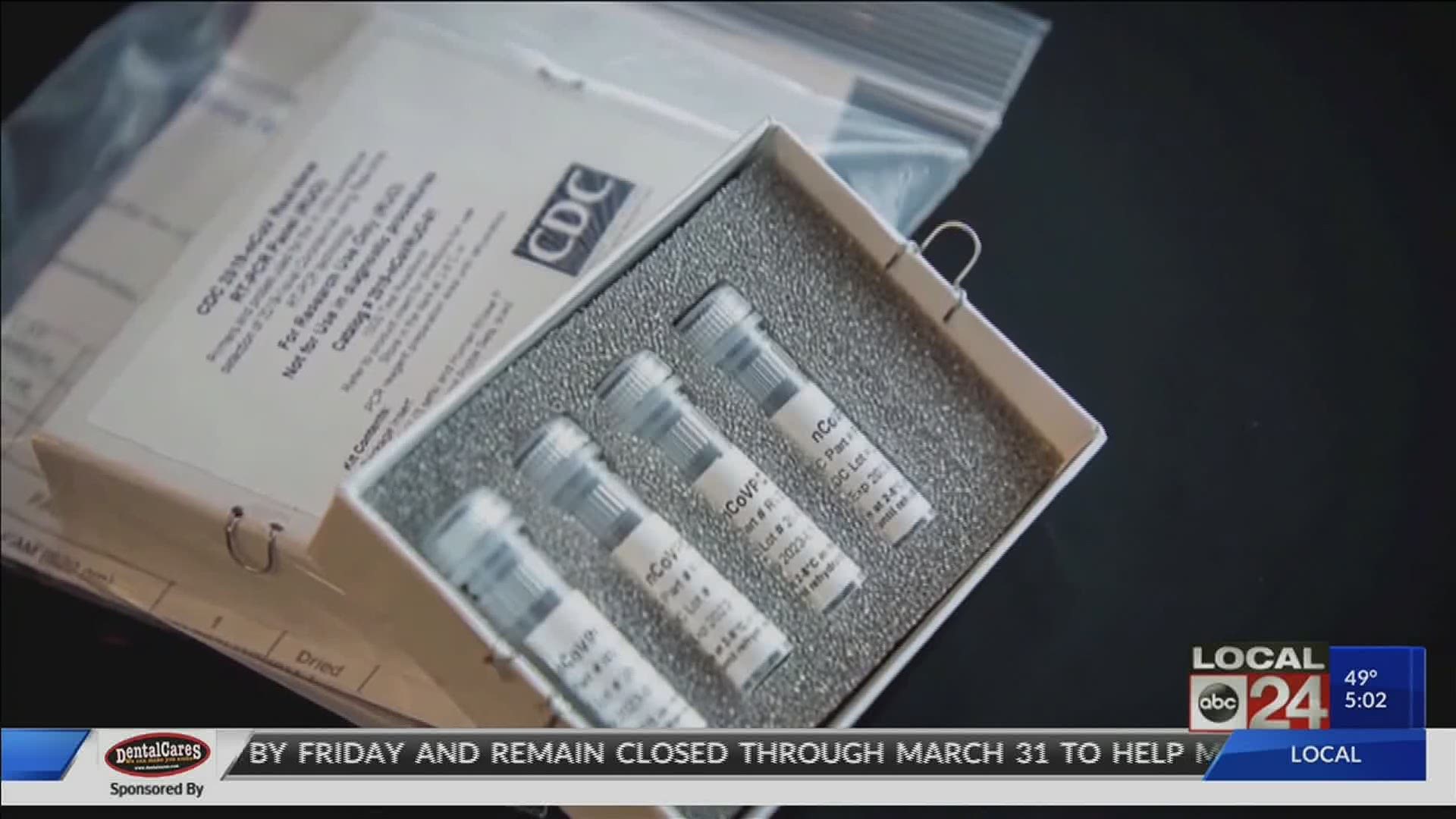 Memphis Mayor Jim Strickland said Monday afternoon he plans to announce new protocols and restrictions Tuesday within the city of Memphis to combat the spread of the coronavirus. Mayor Strickland said the city is adopting the Centers for Disease Control recommendations of stopping gatherings of more than 50 people for the next eight weeks. That means all permitted events of that size are canceled until further notice.

"We should have some protocols by tomorrow on social distancing and working with restaurants of how we can be better arrange public parking so people can do takeout orders easier," Mayor Strickland said.

Mayor Strickland said after meeting with leaders in Memphis' tourism and restaurant industry, he said some kind of seating limit in near future for Bluff City bars and restaurants, "I think that will be part of the protocols that we will be setting forth."

Mayor Strickland said the plan is for restaurants to offer takeout and drive through options to keep their businesses running.

"We think the public will need access to that food because we don't think if all bars and restaurants shut down, the grocery stores probably could not handle the influx," Mayor Strickland said.

RELATED: Business drops in the event planning industry and doctors' offices buckle down on patient visits

As for the CDC's eight-week recommendation and its potential impact on the Beale Street Music Festival and other Memphis In May events, Mayor Strickland said, "If there were any need to move that festival back into the summer or into the fall, we would certainly cooperate with that. I think that it is a possibility but not a finality yet, but we are definitely open to working with them on other dates."

A Memphis in May spokesperson said their statement from this past Friday still stands and their plan is reevaluate the latest developments in early April before making any final decisions. As for coronavirus testing in Memphis, Mayor Strickland also hopes for a "large batch" of tests to arrive and be available in the next week or so.

"We know that the numbers are going to increase as the testing increases," Mayor Strickland said. "We'd like to have drive-thru testing in Memphis, and we are going to jointly work on that. We are pushing to get as many test kits as we can, because those people who can't afford to be tested, we don't want them to be sick and avoid testing because that's bad for them and it's also bad for us, so we are all in this together."

As for potential worst case scenarios, Mayor Strickland said he spoke with leaders at different Memphis hospitals, including potential tent situations if there's a surge in coronavirus patients in the coming weeks.

"We are going to make our decisions based on science and what our doctors tell us," Mayor Strickland said.