The decision on the drug could come in a matter of weeks. 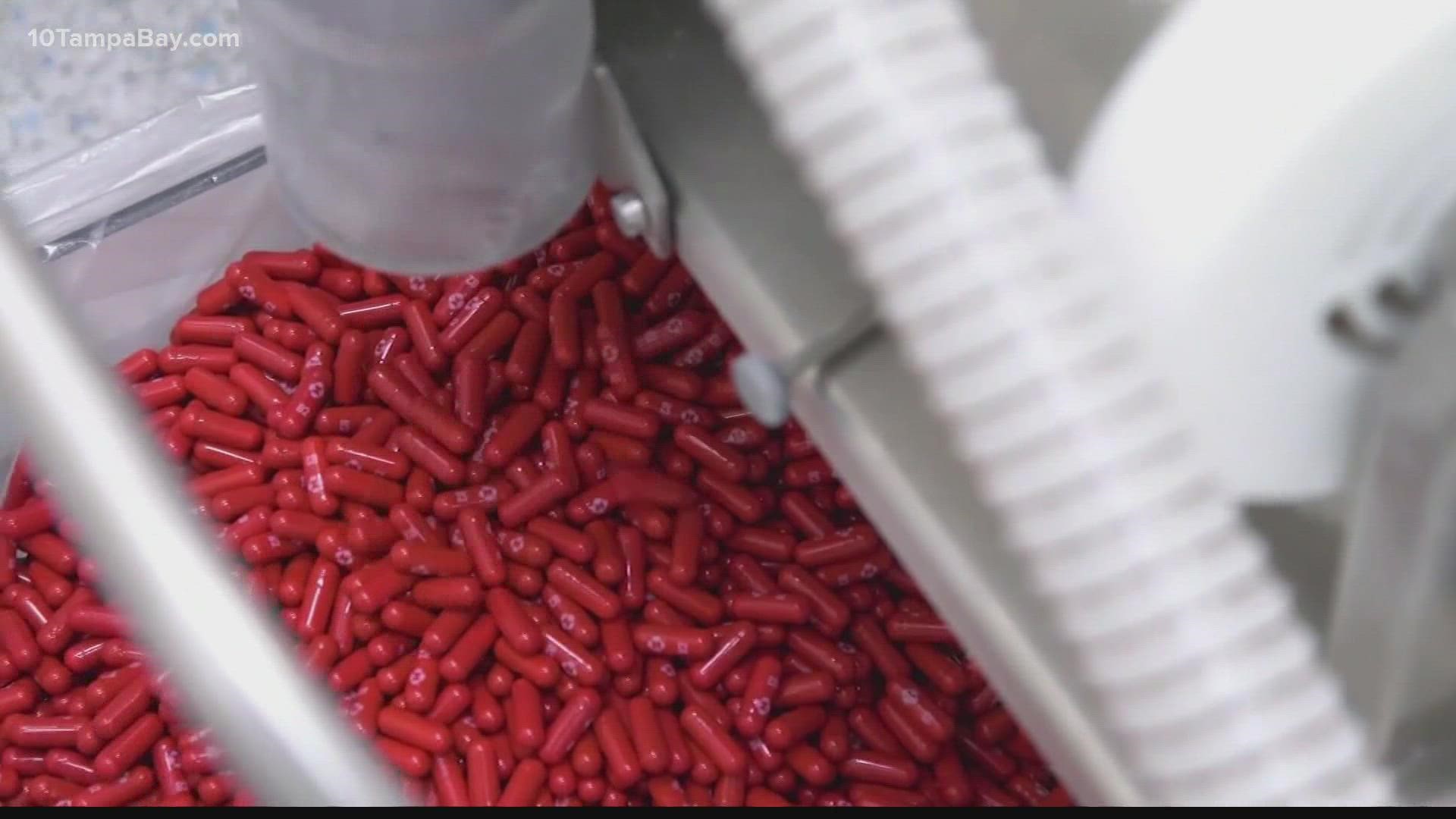 WASHINGTON — Drugmaker Merck asked U.S. regulators Monday to authorize its pill against COVID-19 in what would add an entirely new and easy-to-use weapon to the world’s arsenal against the pandemic.

If cleared by the Food and Drug Administration — a decision that could come in a matter of weeks — it would be the first pill shown to treat COVID-19. All other FDA-backed treatments against the disease require an IV or injection.

An antiviral pill that people could take at home to reduce their symptoms and speed recovery could prove groundbreaking, easing the crushing caseload on U.S. hospitals and helping to curb outbreaks in poorer countries with weak health care systems. It would also bolster the two-pronged approach to the pandemic: treatment, by way of medication, and prevention, primarily through vaccinations.

The FDA will scrutinize company data on the safety and effectiveness of the drug, molnupiravir, before rendering a decision.

Merck and its partner Ridgeback Biotherapeutic said they specifically asked the agency to grant emergency use for adults with mild-to-moderate COVID-19 who are at risk for severe disease or hospitalization. That is roughly the way COVID-19 infusion drugs are used.

Today, we submitted an Emergency Use Authorization application to the U.S. FDA for our investigational #COVID19 #antiviral treatment. Read about today’s milestone: https://t.co/BHPzfkSw4K $MRK pic.twitter.com/y5WdTQnyHL

“The value here is that it’s a pill so you don’t have to deal with the infusion centers and all the factors around that,” said Dr. Nicholas Kartsonis, a senior vice president with Merck’s infectious disease unit. “I think it’s a very powerful tool to add to the toolbox.”

The company reported earlier this month that the pill cut hospitalizations and deaths by half among patients with early symptoms of COVID-19. The results were so strong that independent medical experts monitoring the trial recommended stopping it early.

Side effects were similar between patients who got the drug and those in a testing group who received a dummy pill. But Merck has not publicly detailed the types of problems reported, which will be a key part of the FDA’s review.

U.S. officials continue to push vaccinations as the best way to protect against COVID-19. But with some 68 million eligible Americans still unwilling to get the shots, effective drugs will be critical to controlling future waves of infection.

Since the beginning of the pandemic, health experts have stressed the need for a convenient pill. The goal is for something similar to Tamiflu, the 20-year-old flu medication that shortens the illness by a day or two and blunts the severity of symptoms like fever, cough and stuffy nose.

Three FDA-authorized antibody drugs have proved highly effective at reducing COVID-19 deaths, but they are expensive, hard to produce and require specialty equipment and health professionals to deliver.

Assuming FDA authorization, the U.S. government has agreed to buy enough of the pills to treat 1.7 million people, at a price of roughly $700 for each course of treatment. That’s less than half the price of the antibody drugs purchased by the U.S. government — over $2,000 per infusion — but still more expensive than many antiviral pills for other conditions.

Merck’s Kartsonis said in an interview that the $700 figure does not represent the final price for the medication.

“We set that price before we had any data, so that’s just one contract,” Kartsonis said. “Obviously we’re going to be responsible about this and make this drug as accessible to as many people around the world as we can.”

Kenilworth, New Jersey-based Merck has said it is in purchase talks with governments around the world and will use a sliding price scale based on each country’s economic means. Also, the company has signed licensing deals with several Indian generic drugmakers to produce low-cost versions of the drug for lower-income countries.

Several other companies, including Pfizer and Roche, are studying similar drugs and are expected to report results in the coming weeks and months. AstraZeneca is also seeking FDA authorization for a long-acting antibody drug intended to provide months of protection for patients who have immune-system disorders and do not adequately respond to vaccination.

Eventually some experts predict various COVID-19 therapies will be prescribed in combination to better protect against the worst effects of the virus.