Outbreaks in our area could last two years or longer. 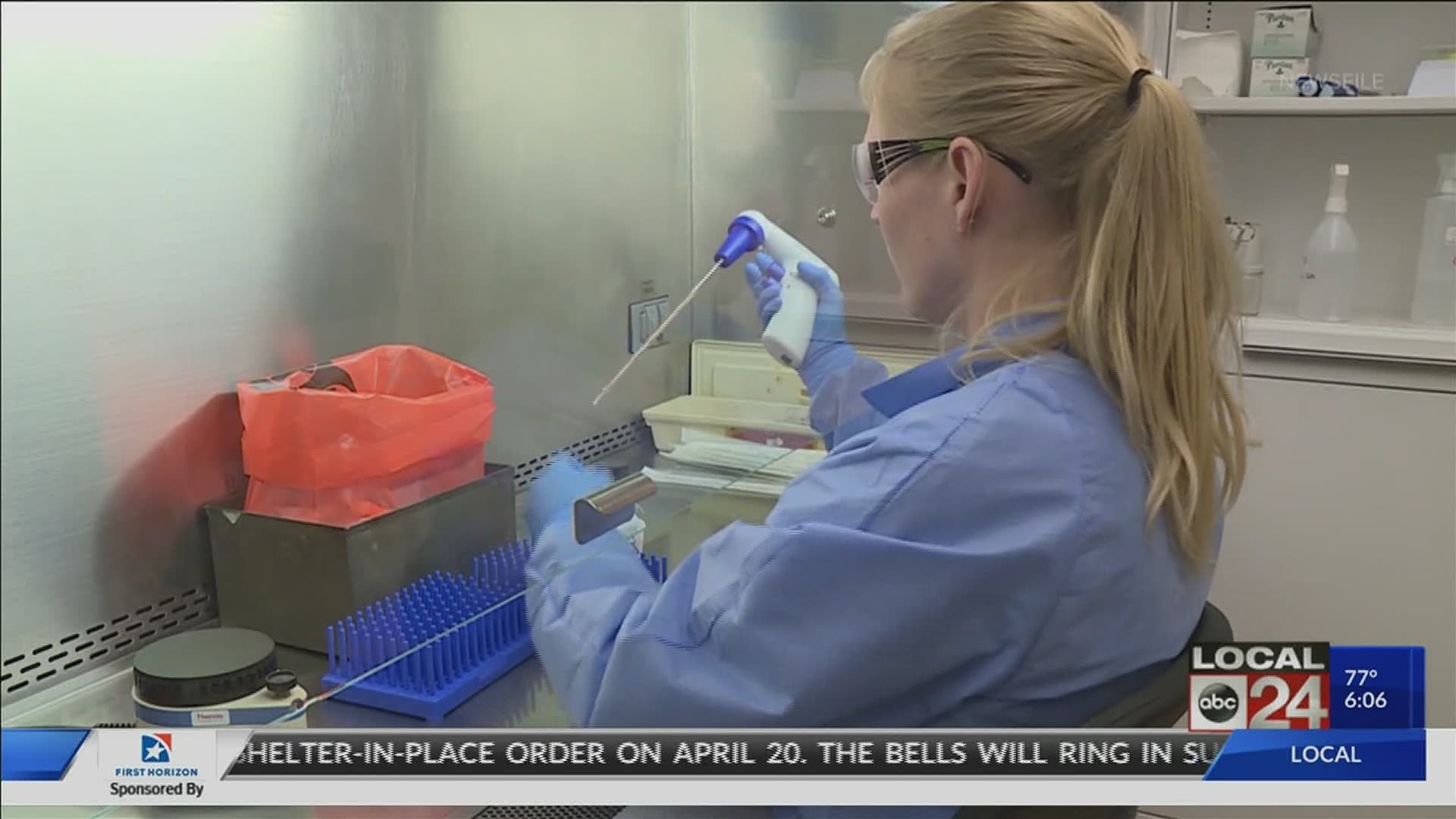 MEMPHIS, Tenn. — Mid-South doctors say be prepared for not just one but several waves of COVID-19 to hit our area over the next couple of years. It could take until the fall of 2021 or longer for COVID-19 to be under control.

Models show after we get past the 1st outbreak, there will be several waves of outbreaks in our area lasting into fall of 2021 or longer.

The models presented show each wave will get smaller and smaller in terms of the numbers of people affected. The information was presented at a University of Tennessee Health Science Center symposium on COVID-19.

Dr. Jon McCullers, Professor and Chair of the Department of Pediatrics and the Pediatrician in Chief at Le Bonheur Children's Hospital said as more people get, and recover, from the virus, immunity in the community will build. McCuller said the development of a vaccination will also improve the situation.

McCullers laid out several scenarios. He said if we follow the pattern of New York and Italy - and interventions on the 1st wave are ineffective and hospitals resources are insufficient - our area would peak around April 27 to May 11, with the end of the 1st wave being June 8th.

He said if the first wave is "truncated," meaning the "safer-at-home" order and related strategies are successful, the first wave will be shorter. The peak would begin before April 20, peak April 27, and be completed around May 25.

The last scenario would drag the first wave out the longest. The peak time would begin in late April, stretch out several weeks through mid to late May, and take until June 22 to end. This scenario, McCuller said, was what would happen if we flattened the curve by social distancing, but it did not interrupt transmission of the infection.

McCullers also said what we are experiencing now is just the first wave. He expects several more. After this first wave is over, he expects another one in the fall of 2020, then again in the spring and fall of 2021, or maybe longer.

"We expect to see a second wave in the fall or winter. We may shut this down again and open it back up. This cycle back and forth as waves come thru," said McCuller.

McCullers said to mitigate the second wave and those after, the public health response will need to be drastically expanded to identify infected patients, perform contract tracking, and implement isolation measures to help control the next rounds without resorting to "safer at home" mandates.

“Who are those immune individuals. Those people should be able to go out and work in restaurants and be able to deliver food to the elderly and perform vital tasks without the severe restrictions we are seeing right now,” said McCuller.

He added with the current capabilities, social distancing and the close of business will have to happen with each wave, and it will end only when a vaccine is developed. He said by expanding the public health system after we get through this first wave, the economy will be preserved and there will be fewer deaths.

So what does all of this mean for you and our community? Another lockdown? Even more social distancing?

Monday, the group of doctors at UTHSC laid out what our future may look like. It is called Memphis' Blueprint for COVID-19. To manage it, local doctors say we need to overhaul our area’s healthcare system.

“We expect to see waves of this disease and that the second wave may be worse than the first," said Dr. McCuller.

McCuller says there are four options:

The Memphis Blueprint for COVID-19 is a roadmap for the medical community and government to get the community to get through this pandemic and any others in the future.

“Hopefully this is going to allow us to navigate the next wave and the next waves after that without resulting in shutting down the economy," said McCuller.

McCuller says if we don't do anything about public health, we will likely have to maintain social distancing and safer-at-home measures. If we do make changes to public health, he said COVID-19 will be a serious, but preventable and treatable disease.

You can read the Memphis Blueprint for COVID-19  HERE.