Researchers say the new variant seems to be resistant to some antibodies. 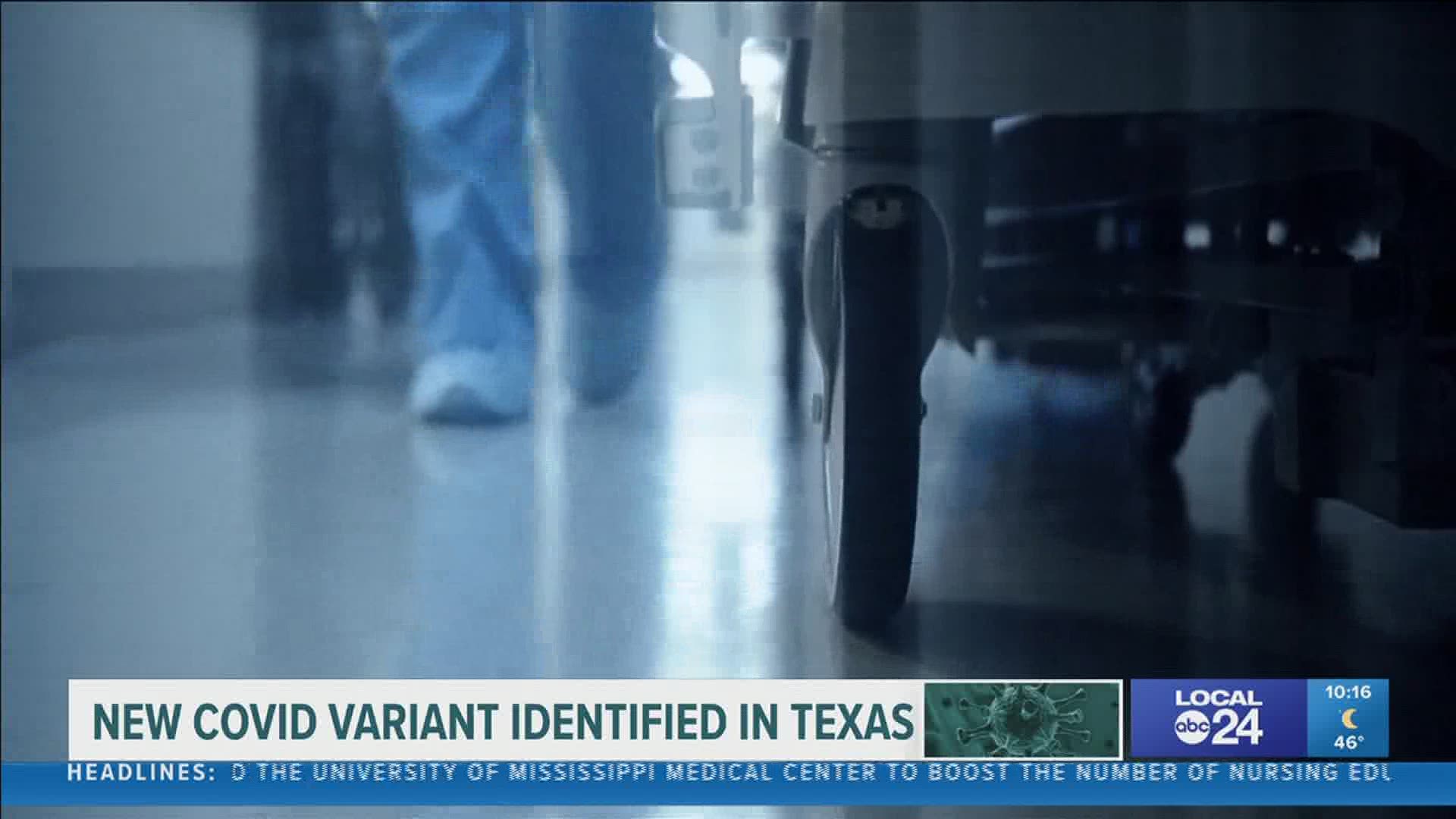 MEMPHIS, Tennessee — Researchers said a new COVID-19 variant has been identified in Texas. Only one case has been found so far, but it could prove to be a challenge.

“These variants have been cropping up in various places around the world and since the US is a very high place for replication of the virus we have a lot of viruses here,” said infectious disease expert Dr. Steve Threlkeld.

BV-1, the new variant, has emerged. It was found in a Texas A&M student who tested positive in March.

“Unfortunately this one behaves mostly like the U.K. variant because it seems to be related to that,” said Threlkeld. “In that it’s more contagious, it’s probably more deadly, and in addition, it seems to be resistant to some antibodies.”

Threlkeld of Baptist Memorial Hospital said what we know of this newest variant is preliminary.

“When they did the genetic analysis they found the genetic code that is similar in those spots to other viruses that behave that way.”

Dr. Threlkeld said this new variant could impact what cities like Memphis have been working so hard to achieve – herd immunity.

There’s a new #COVID19 variant that’s been identified - BV-1, which was found in a Texas A&M student. Researchers say it seems to be resistant to some antibodies.

Hear from a health expert on how it compares to the variant which originated in the U.K. tonight on @LocalMemphis

“The U.K. variant itself for example you’re reasonably protected at least for a time if you’ve had the regular infection, the Wuhan variant. The old wild-type virus. This would potentially again take those people off the table and they would no longer be immune to a variant like this one.”

Threlkeld said more variants should serve as a warning that the battle against COVID-19 is not over.

“It’s an example of what happens if we let this virus hang around,” Threlkeld said. “I think it’s just a wake-up call and reminder that we need to vaccinate everybody.”