Fulmer said he remains asymptomatic at this point and is following isolation protocol. 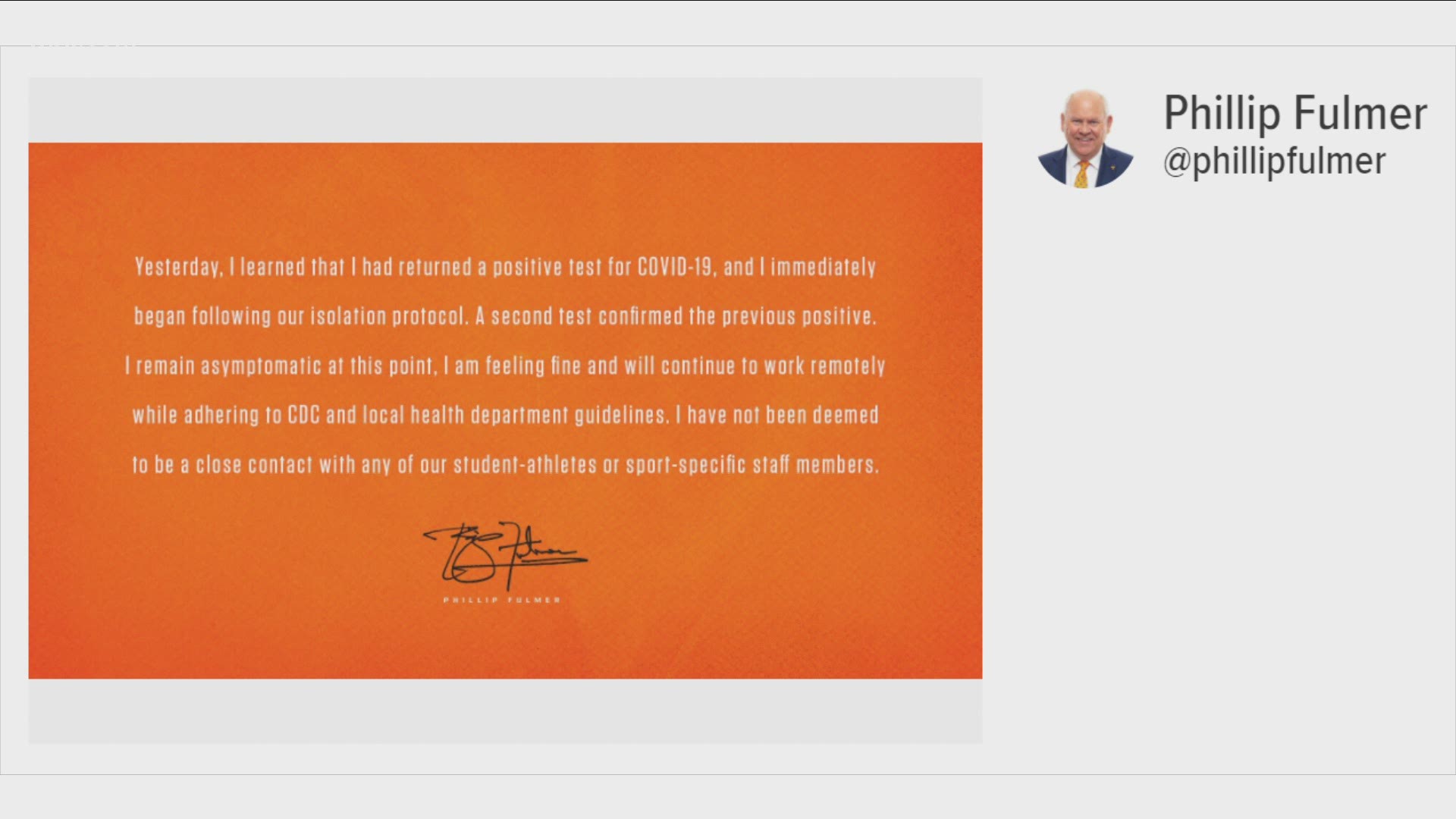 Phillip Fulmer confirmed he has tested positive for COVID-19, posting details of the diagnosis to Twitter on Friday.

"Yesterday, I learned that I had returned a positive test for COVID-19 and I immediately began following our isolation protocol," Fulmer, 70, posted to Twitter.

The former UT head football coach and current Director of Athletics said he was not exhibiting symptoms, and that he was not deemed to be a close contact with any student-athletes or athletic staffers.

UT Chancellor Donde Plowman announced on Thursday she was quarantining after coming into close with someone who tested positive for COVID-19.

Officials confirmed to 10News Fulmer was that close contact.

"Chancellor Plowman and AD Fulmer were in a meeting together Monday afternoon. She is quarantined as a result of that meeting. Out of an abundance of caution, the chancellor took a COVID-19 test, which came back negative," officials told 10News.

Fulmer's positive diagnosis was made during routine testing.