Refunds will be offered for any tickets already purchased for exhibits & events that are affected. 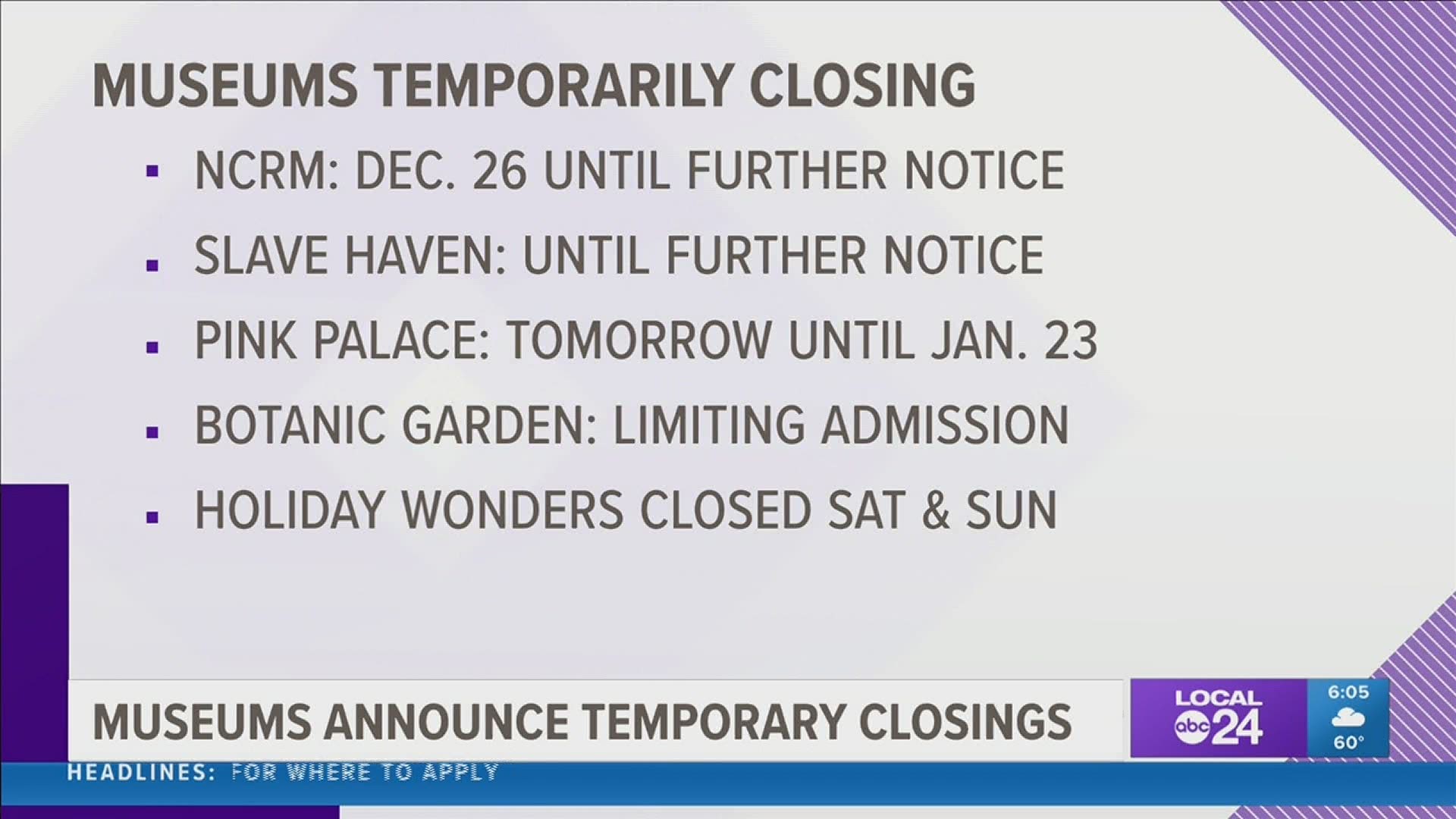 MEMPHIS, Tenn — The Pink Palace announced Wednesday that it would be closing the museum and other associated properties until January 23rd due to COVID-19 concerns.

The following statement was released Wednesday:

"In response to the Shelby County Health Department's Health Order and Directive No. 16 released December 21, The Museum of Science & History – Pink Palace, and its properties Lichterman Nature Center, Mallory- Neely House and Magevney House, will be closed beginning December 24 at 2 PM through January 23 at 10:30 AM.

Any tickets purchased for exhibits, including the Enchanted Forest, events or attractions taking place during this timeframe will be refunded by our box office.

We apologize for any inconvenience."

Museum of Science & History - Pink Palace
The Pink Palace Family of Museums inspires people to learn how history, science, technology, and nature shape the Mid-South. Through rich collections, thought-provoking exhibitions, and engaging programs, we encourage our diverse community to reflect on the past, understand the present, and influence the future.