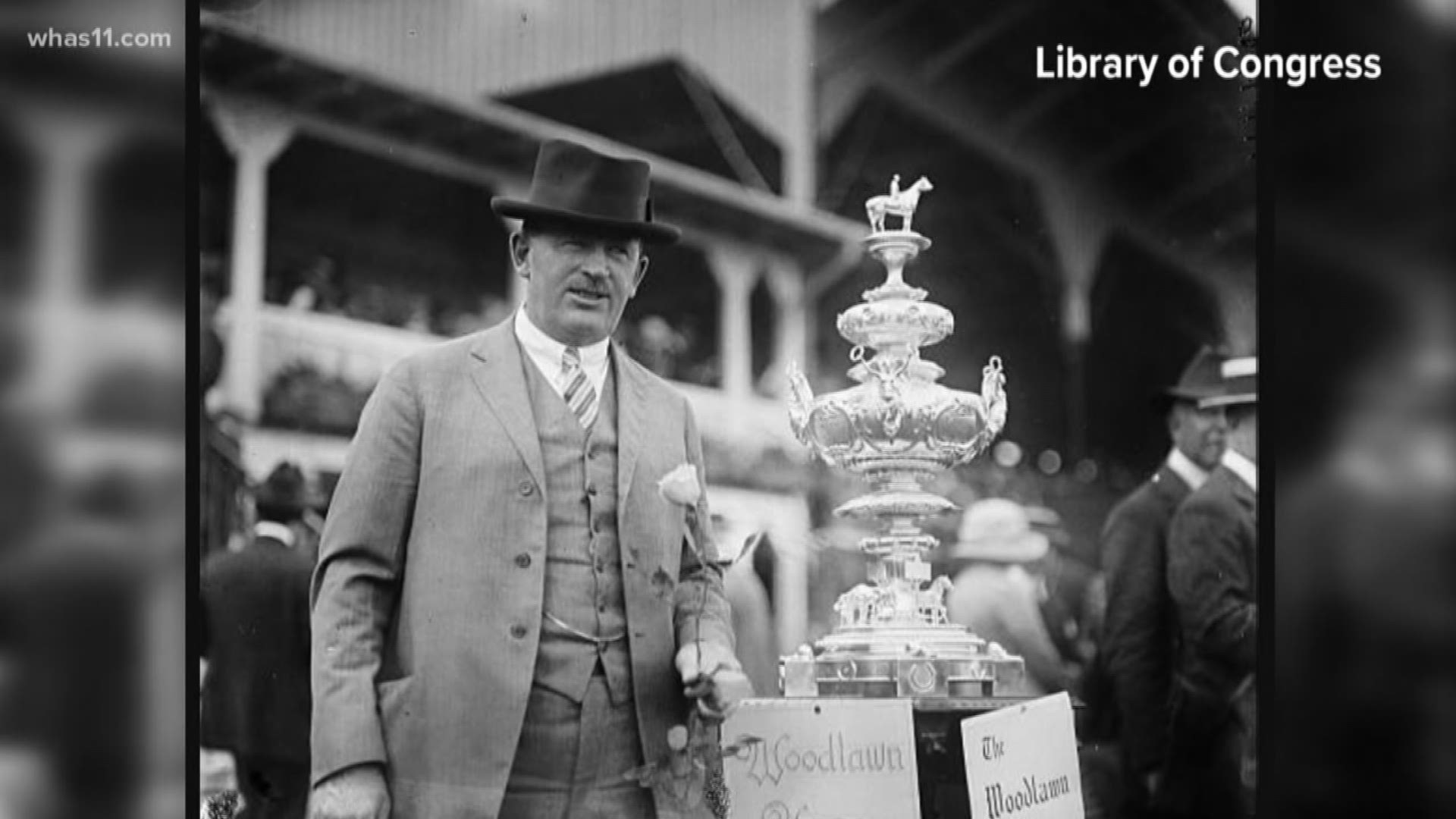 BALTIMORE — Editor's note: The video above was published before last year's race.

The Preakness Stakes have a new date this year: October 3.

Traditionally held at Pimlico Race Course on the third Saturday in May, the Preakness was postponed April 3 because of the coronavirus pandemic. The weather Saturday turned out to be ideal -- slightly breezy with temperatures around 80 degrees -- but there were no patrons in the Pimlico grandstand or infield, and no horses in the starting gate for the scheduled 6:45 p.m. race.

The parking lot of the track is currently being used as a drive-thru coronavirus testing center.

Hogan disclosed the new date for the Preakness on NBC, which also had a hand in the decision because it televises the race.

“Under normal circumstances, I would be standing at Pimlico ... presenting the Woodlawn Trophy to the winner of the 145th Preakness Stakes," Hogan said. “But as we all know these are not ordinary circumstances. However, I am proud to make this announcement on behalf of the state, the Maryland Jockey Club and Maryland's historic racing industry that Preakness 145 will be held at Pimlico Race Course in Baltimore, Maryland, on Oct. 3."

Belinda Stronach, president of The Stronach Group (which owns Pimlico), also was on hand for the announcement.

“It's too bad we all can't be together today to crown a new Preakness champion," she said.

The makeup date could keep the Preakness as the middle jewel of the Triple Crown, depending on the 153rd running of the Belmont Stakes. The Kentucky Derby was switched from May 2 to Sept. 5, and the New York Racing Association is trying to determine the best date for the Belmont, originally scheduled for June 6.

“The NYRA will announce race dates and a corresponding stakes schedule for the 2020 spring/summer meet at Belmont Park in the very near future," O'Rourke said.

When the Preakness goes off in October -- 20 weeks later than its usual date -- health concerns will dictate the protocol for fans in the grandstand. Tens of thousand fans usually gather in the infield of the expansive facility to drink, bet, socialize and listen to bands, but InfieldFest 2020 has already been canceled.

The infield usually accounts for the largest percentage of attendance at the race, which last year drew 131,256 fans and took in a track-record handle of $99,852,653.

This year, attendance and betting are expected to decline sharply.

“I’m not very optimistic it will be run in front of the fans unless it’s way late in the fall and everything is good and everybody is healthy,” Linda Gaudet, a trainer and charter member of the Maryland Thoroughbred Horsemen’s Association, said recently.

Maryland began phasing-in reopening Friday evening. The statewide stay-home order was lifted, and the state has moved to a "safer-at-home" advisory, but not every local jurisdiction is following, like Montgomery and Prince George's counties near Washington, D.C.

The governor said Maryland is providing for a community-based approach that empowers counties to make their own decisions on timing of reopenings.

Credit: AP Photo/Mike Stewart
John Velazquez tumbles to the turf, right, after falling off Bodexpress at the starting gate during the 144th Preakness Stakes horse race at Pimlico race course, Saturday, May 18, 2019, in Baltimore.