Quarantined couple says they were never officially tested for coronavirus

As many begin to finally leave, a couple who spoke with 11Alive said they are still concerned about the process. 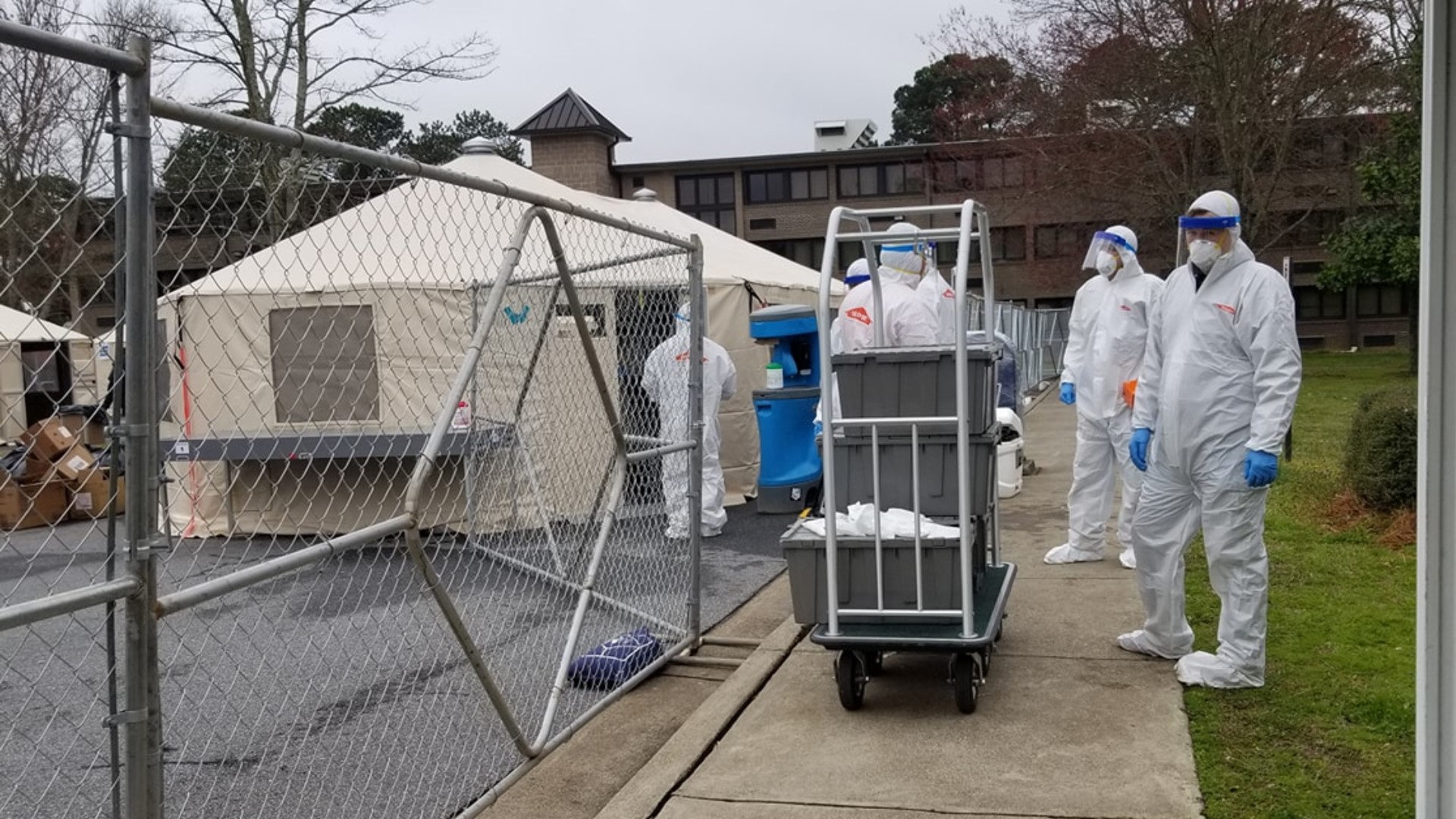 COBB COUNTY, Ga. — More people in quarantine at the Dobbins Air Reserve Base in Cobb County are waiting to go home.

On Saturday, Governor Brian Kemp called up National Guard troops to help get people who had been quarantined after a trip on the Grand Princess cruise ship home.

Each was possibly exposed on the cruise to COVID-19. But the patients at Dobbins said they still have many unanswered questions even as they begin leaving.

On Sunday, a couple from New Mexico said they'd been unable to get prescription medication delivered. But, most of all, they're worried because they say they haven't been tested.

It's been days since they, along with about 250 other passengers, landed at Dobbins for quarantine due to possible coronavirus exposure.

As patients start to leave in waves, Sean and Heather Boyles are still concerned. Both said they - and others - haven't been officially tested on or off the ship.

Photos: Inside the quarantine at Dobbins Air Reserve Base

"We were told there would be an opportunity to be tested. When we tried to do that, nobody could offer a timeline on when that would begin," Sean said. "The one person we were able to speak to about it said that we might not want to get tested because, if we tested positive, it would extend our quarantine and they would have to separate us."

On March 8, however, Cobb County issued a statement saying that the passengers, mostly from Georgia, "have not tested positive for the COVID-19 virus but will be tested during the remainder of their quarantine at the airbase."

"The passengers will undergo testing and be quarantined for possible exposure to COVID-19," the office said. "They are expected to arrive at Dobbins late Monday, March 9 or early Tuesday, March 10."

Vice President Mike Pence said at a press conference - one before people were flown into Dobbins - that they had "developed a plan to bring the ship into a non-commercial port" and that "all passengers and crews will be tested."

The Boyles said even though they haven't been tested, they plan to do so once they get back home. They've also been in contact with the New Mexico governor's office.

The Boyles said they requested the tests, even if it meant a longer quarantine period at the base, but were never tested. They said they haven't seen any symptoms.

11Alive has also reached out to numerous departments for answers. The Cobb County Commissioners and Governor Kemp's office referred us to Health and Human Services. That agency responded saying:

All passengers were medically screened for COVID-19 symptoms aboard ship and for any other health concern passengers had. The passengers were screened again at the end of the gang plank and a third time when they arrived at Dobbins for quarantine. Throughout the quarantine, passengers have been monitored for symptoms of COVID-19. Starting this weekend, passengers were offered COVID-19 testing. The federal government cannot coerce anyone to be tested. Collecting swab samples from such a large group will take several days.

Few churches meeting in person this week due to coronavirus outbreak