An Atlanta native volunteering in NY hospitals says she's seeing 10 to 12 people die a night, with the bodies being place in semi-trucks. 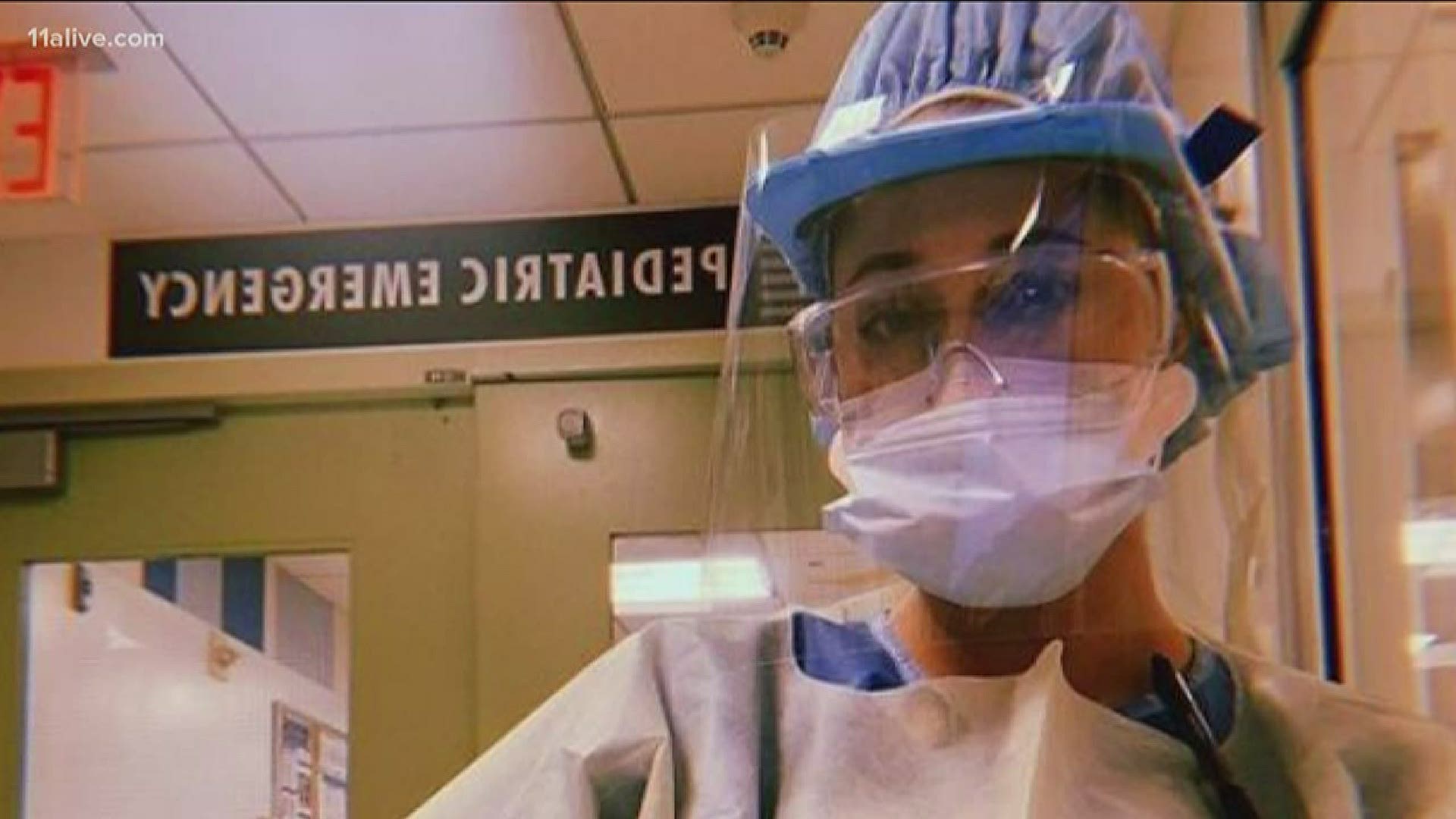 BROOKLYN, N.Y. — Heather Eisdorfer is one of the thousands of healthcare workers volunteering in New York hospitals.

The Atlanta native posted a video on Instagram after losing a patient she cared for - just a few minutes after her 12-hour shift ended one night in early April.

“I was right there when his heart rhythm changed, and I started chest compressions on him," Eisdorfer said, stopping to place her hand over her mouth as tears fell down her cheeks. "It's just really sad."

She said the patient wasn't the first and wouldn't be the last one she would see die suddenly from COVID-19 or complications of the virus.

“I am an ER nurse, so I have experienced death before, but just seeing 10 to 12 people pass a night, it’s disheartening, it’s awful,” she said.

Since arriving in Brooklyn to help out of King County Hospital, Eisdorfer ’s worked 22 nights in a row. She spoke to 11Alive on one of her two off days, before she heads back for another three weeks of work.

King County Hospital is a COVID-19 positive hospital, meaning more than 90 percent of patients tested positive for the virus.

“We would have patients in hallways, three to four in one hallway,” she said.

Admissions have gone down, according to the nurse practitioner of eight years, but the hospital is still at capacity. And the death rate is "about the same or increasing," she explained.

Eisdorfer sent pictures to 11Alive showing semi-trucks parked behind the hospital. It’s where the hospital places deceased patients after morgues filled up. Each one, she said, can hold 100 bodies.

“It almost reminds me of that Holocaust picture of the bunkers holding the bodies,” she said.

Because of what she’s witnessing, Eisdorfer said she doesn’t understand or agree with Governor Brian Kemp's order to reopen her home state.

“I think it’s a selfish decision. In Georgia, we’re not as bad, but we still have so many cases that we can’t play around with this. These are people’s lives.”

Not only has she lost patients, but also staff in the hospital as well. Eisdorfer said three members of an environmental workers crew, who disinfect the hospital, have died from COVID-19

She would return to Atlanta if cases increased to the degree New York has experienced, but she hopes it doesn't get to that level - for healthcare workers and the patients.

“I just don’t understand how people’s lives aren't more important than money," she said emphatically. "Protect us healthcare workers. We are doing everything in our power to help everyone in these hospitals.”

She added, originally, healthcare workers in Brooklyn were receiving one mask a day. Now, she said they will have to re-wear the same mask for a week at a time. She’s worried it will only get worse if businesses start opening and start ordering supplies hospitals desperately need.