More than 60 sites located throughout the district will remain open Monday-Friday, 11am-1pm 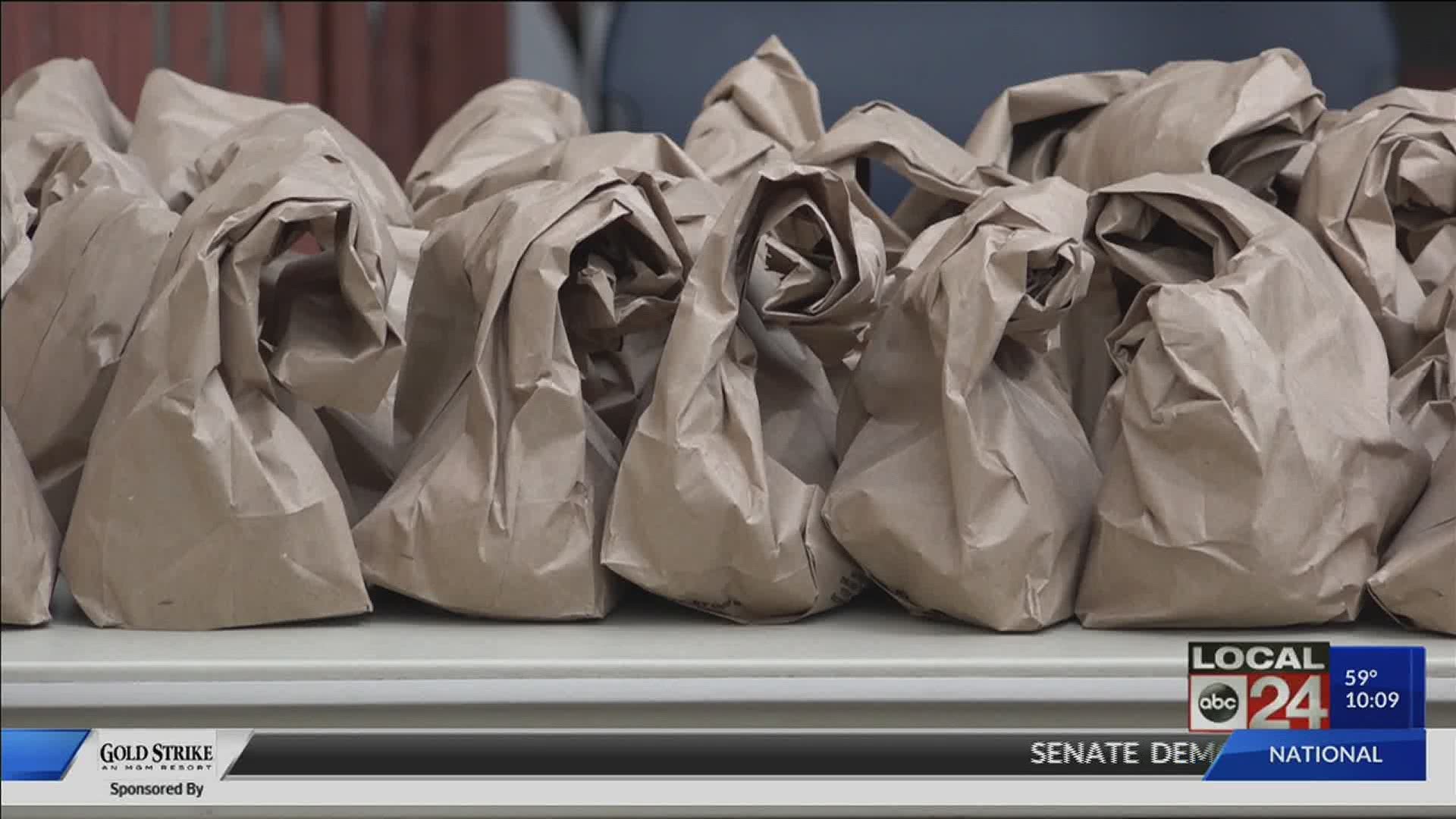 Friday, Shelby County Schools announced an employee in the Nutrition Services Department tested positive for COVID-19 leaving the district with a tough decision to suspend the lunch meal distribution to students. Luckily, several groups in the community came together to make sure that did not happen. It is not enough just to want to do good. You have to act on it.

"We just all pitched in and made sure that we had the things that are needed to feed the kids in our community," said Brian McLaughlin, YMCA Chief Operating Officer.

After learning an employee in the Nutrition Services Department tested positive for COVID-19, Shelby County School District thought they would have to suspend their meal distribution. But one thing we've learned time and time again, not all heroes wear capes.

“We kind of picked up their plan, modified it, and we were able to facilitate it all within 72 hours, which was just insane," said Nick Walker, Memphis Parks and Neighborhoods Interim Director.

It is a combined effort from the YMCA, Parks and Neighborhoods, and many others.

"One, it's for our kids. Two, in times like these, we all come together as community to do what's needed," said McLaughlin.

"I'm actually really grateful because a lot of people don't get food stamps and stuff like that. A lot of people have a lot of families that are not able to provide for all of them," said Dominique Crawford, a parent.

"They won't be trying to play with toys all day or run around all day. They'll actually have something educational while school is still out," said Crawford.

What about students who have special needs? Well, their packets and their lunches were home delivered.

RELATED: These two Memphis Dancing Queens want to inspire you to spread joy, not germs

RELATED: Employee who works with inmates at 201 Poplar tests positive for COVID-19

"I think it's so important that accessibility is addressed right away. We knew that so many of those families may not be able to get out to the sites," said Jerica Phillips, SCSD Spokesperson. "We want to make sure that those families who do not have internet access or computers or devices at home, they have the opportunity to come pick up those packets."

Everyone is making an effort to keep the main focus in mind, the kids.

"In times of trouble, in times of difficulties, we are one. It shows in these actions. Everybody dropped their egos and said let's just do this. With any luck, we've done it," said Walker.

There are more than 60 sites located throughout the district. They will remain open from 11am to 1pm Monday through Friday. About 15,000 meals are expected to be distributed each day.