Some surprised by the recent spike of COVID-19 cases in the Memphis suburbs, while others are not

COVID-19 cases in Memphis are consistently staying low, but the suburbs are a different situation. 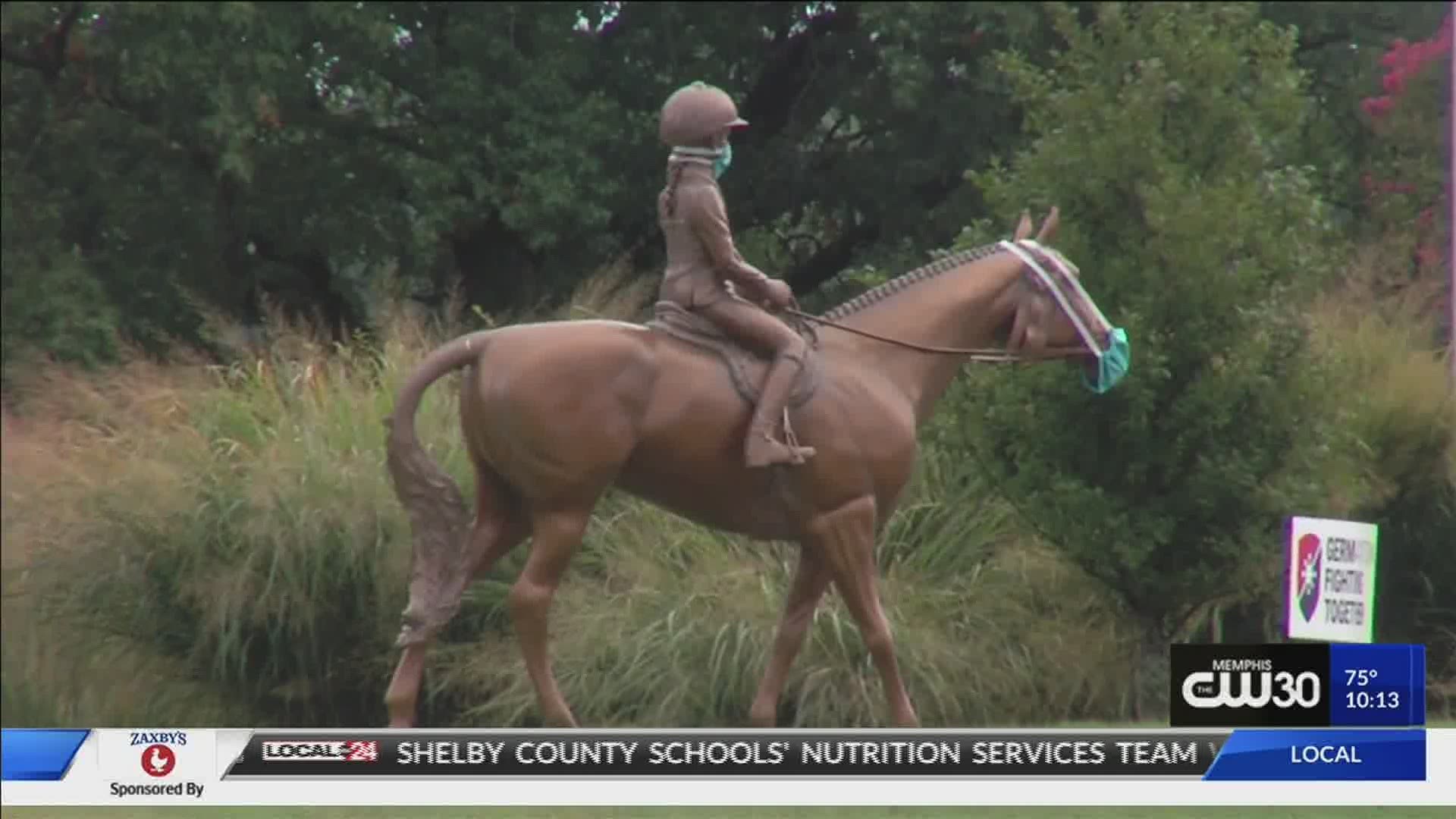 GERMANTOWN, Tennessee — This week the Shelby County Health Department reported COVID-19 cases in the suburbs and nearby rural areas are surprisingly spiking. The experts did not give a specific reason, but testing has gone down in these areas.

Germantown is not letting its guard down even six months after the first reported case in the county. It has a "mask up" campaign going on, where you can see the iconic horse statues in the municipality with face masks on.

David Sweat, the chief epidemiologist for SCHD, said on Thursday the suburbs need to not stop taking safety precautions seriously.

"If any of us, become more relaxed, stop wearing our masks, stop washing our hands, start attending a large gathering that we would maybe avoided earlier, any of those kinds of behaviors makes it possible for the virus to find hosts more easily," Sweat said.

However, the health department did release a statement on Friday correcting its report that Germantown has a 12.8% positivity rate when it is 8.3%.

"SCHD regrets the error and is glad to set the record straight about the positivity rate in Germantown," a spokesperson for SCHD said in a statement. "However, recent increases in positivity in the suburban and rural parts of Shelby County are concerning, including the 38018 zip code, which includes Cordova."

Some people out shopping in the suburbs on Saturday, like LaTonya Beard, said they are not surprised by the spike in the suburbs.

"I just believe that cases are going to rise because if you’re not obeying the CDC rules," Beard said. "I expect it."

After a recent cluster of cases within Collierville Schools, that forced them to go virtual-only learning, the school district will resume its hybrid learning on Monday. High school football has also started again and some athletes in the suburban schools have tested positive since the beginning of the school year.

Reminder: CHS has completed its remote learning contingency plan as of Friday, 9/11. The school will transition back to the hybrid model on Monday, 9/14. A special thank you to our CHS staff and students for their continued hard work and determination. pic.twitter.com/jZMsdKCfAt

"Even if it’s your children who want to play sports you have got to take care of their safety first," Beard said.

Suburban resident Jennie Jeffrey believes people have been diligent with safety guidelines in the suburbs, so she is surprised by the spike.

"I think people have been pretty good with wearing their masks," Jeffrey said.

When Local 24 News asked her if she thinks in-person learning or extracurriculars could be contributing to the recent uptick she said "no" if people are being safe while doing these activities.

"If people aren’t wearing their mask then 'yes,'" Jeffrey said.