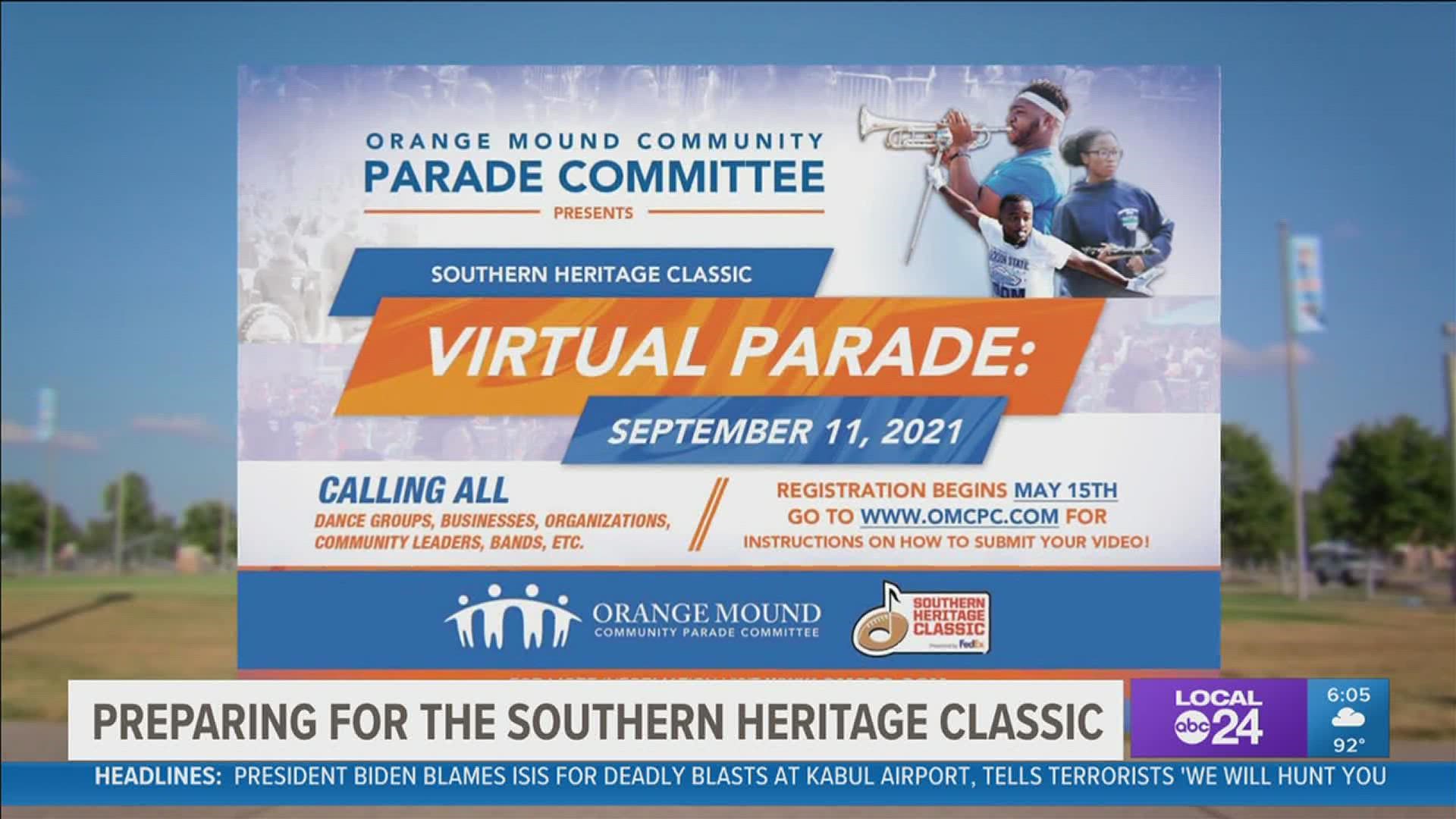 COVID-19 may have cancelled last year's event, but this year is still a "go." However organizers said some events have been scaled back.

"We just decided to err on the side of being safe 'cause this is for safe clean fun," said Claudette Boyd, Orange Mound Parade President.

Boyd said this year's Orange Mound Community Parade will be virtual. The parade is usually held the weekend of the classic. It has been a tradition almost as long as the Southern Heritage Classic itself. It's just one of the changes this year.

"It hasn’t been scaled back so much that it’s so much different. You will still recognize this is the Southern Heritage Classic. But we all have to be mindful of COVID-19, so that’s a big part of everything we do," said Fred Jones, founder.

In addition to the virtual parade, some events have changed locations to allow for more spacing and social distancing. And this year, there will be just one concert instead of three.

Today, Fred Jones was the speaker during the Memphis Rotary luncheon today. He spoke about how the early supporters of the Classic motivated and encouraged him to make the Classic the great event it is today. #ClassicMemphis #SHC pic.twitter.com/XETOCQUeaA

The game, the tail gaiting and the battle of the bands are still on.

"I think going to the game will be the same except we are strongly encouraging you wear masks anytime you are not eating or drinking," said Jones.

Jones said they are proceeding as if the event will go on, and he said they talk to the health department daily to make sure protocols will be in place.

"My main concern is to have the game safely. Let me repeat this. We are going to have this game, have this event, and we want to keep people as safe as we possibly can," said Jones.

As for Boyd, she knows a virtual parade isn't the same as seeing it in person. She hopes 2022 will be different.

"I hope next year all of this is over. Back to the Park Avenue, coming down Park Avenue having 15 to 20,000 people there to view a parade," said Boyd.