The spread of COVID-19 had led to a timeout for dozens of Arkansas high school football teams. 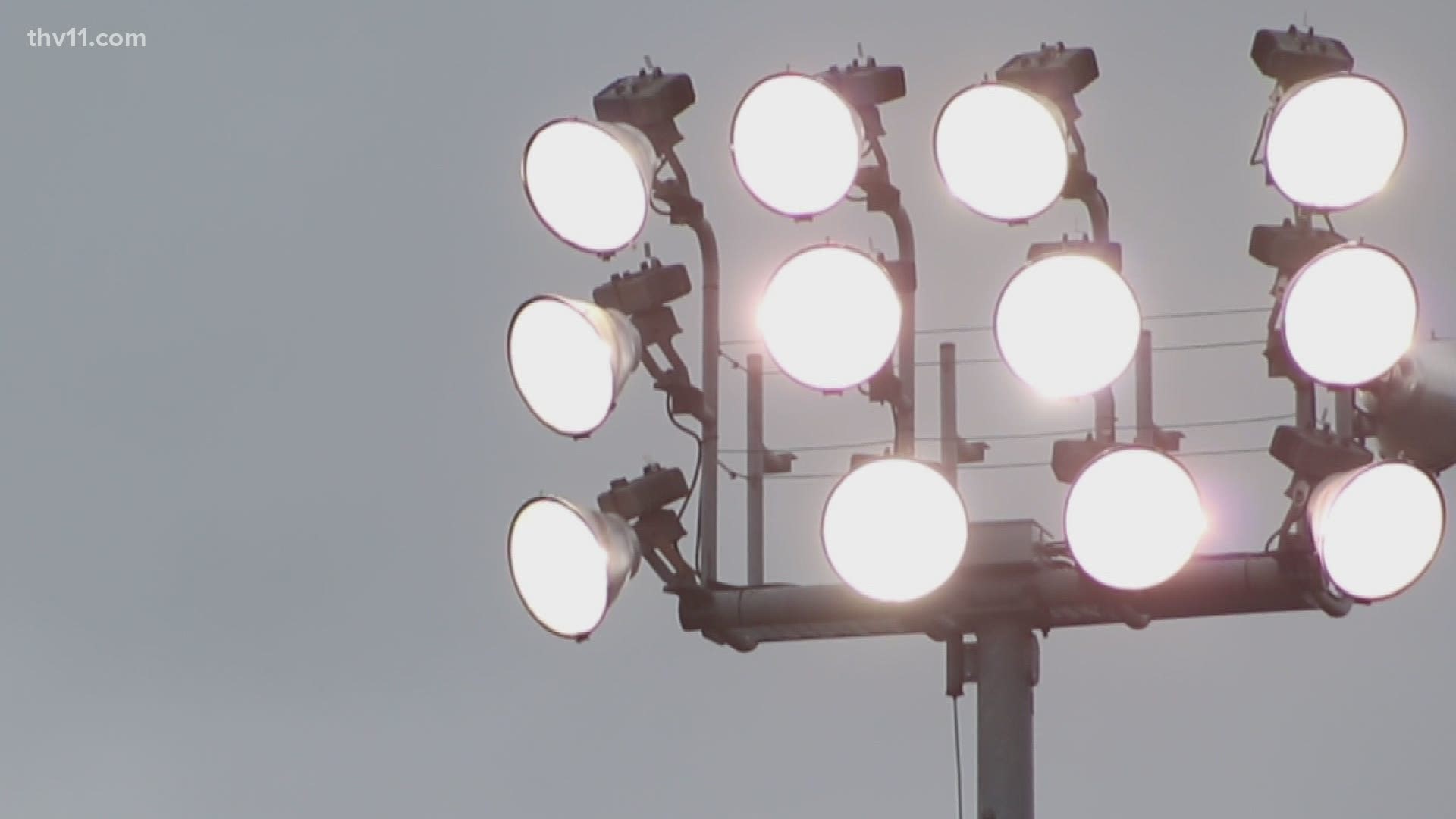 LITTLE ROCK, Ark. — The spread of COVID-19 had led to a timeout for dozens of Arkansas high school football teams.

However, according to Steve Roberts, the associate executive director of the Arkansas Activities Association (AAA), the high school football season has progressed with fewer hiccups than many people expected.

“We've had 47 games canceled so far which sounds like a huge number,” Roberts said. “But when you consider the overall number of games that we had on the schedule that's a very small percentage of games.”

Based on AAA policy, the decision to cancel a game due to COVID-19 is left up to school superintendents.

“The overwhelming majority of cancellations we have had are due to the quarantine issues – not due to the positive cases among even football players,” Roberts said.

“We've had teams that do not have a single positive case have to cancel games, but it's because of quarantine – because of close contact with someone that did have a positive case.”

Dr. Joel Tumlison, a physician specialist in outbreak response for the Arkansas Department of Health said from his perspective it appears that school districts are being thoughtful in the decision-making process.

“The risk is real,” Tumlison said. “But also I want people to understand the reason why we do the quarantining and isolation –the whole goal– and sometimes I think it's easy to lose sight of this. The whole goal is to keep people from getting sick.”

Tumlison said it appears close contact sports are the ones most impacted by COVID-19.

“It is in my observation those sports that we might have expected due to their nature –and to play the sport you have to be in close contact– those are the ones that are being affected,” he said. “It's been football and volleyball seem to be the main ones.

Some of the cancellations include conference match-ups. Given that, the AAA has new criteria in place for postseason seedings.

Click here for the latest on AAA’s COVID-19 response.