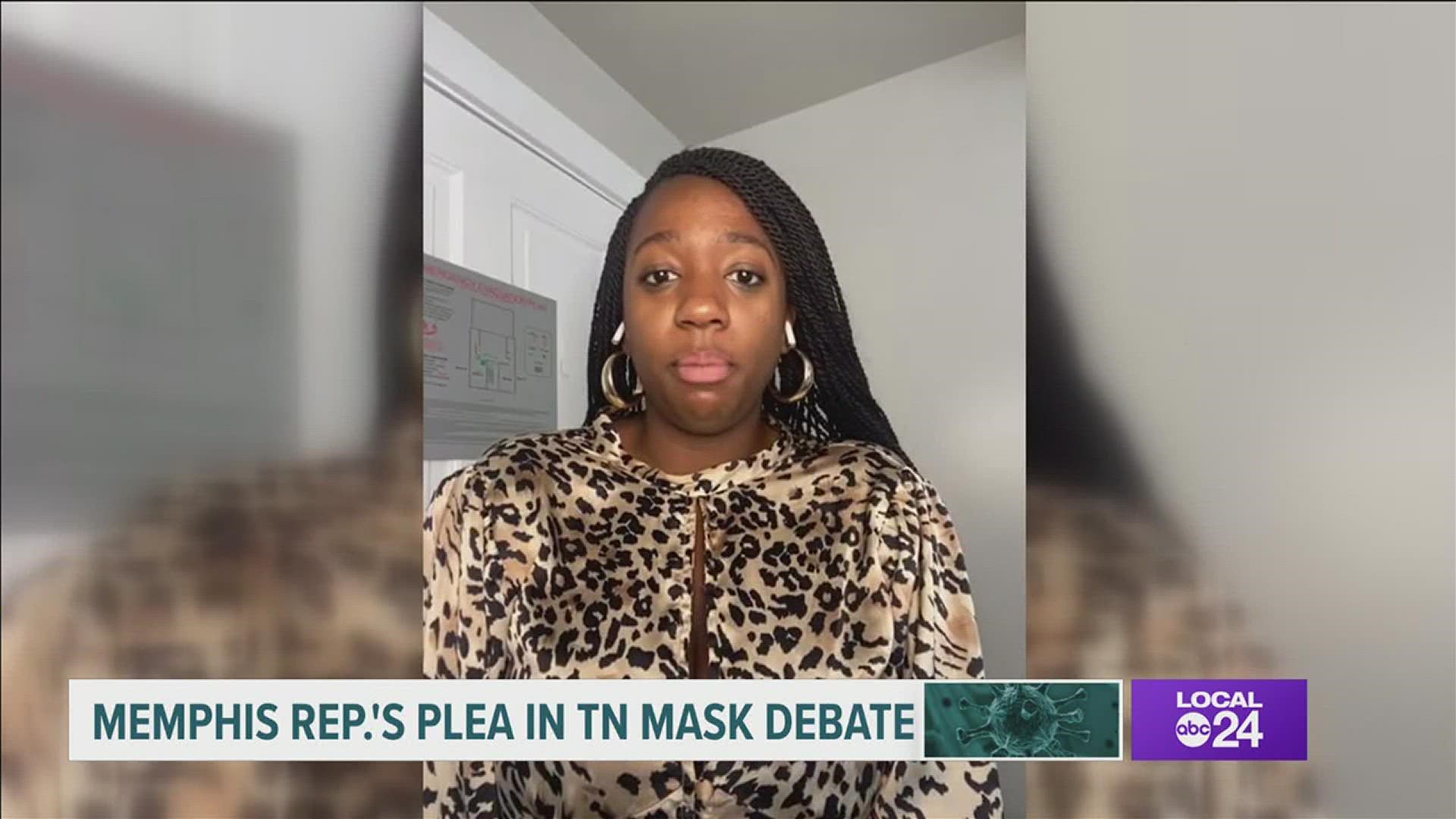 MEMPHIS, Tennessee — "To be so close to him and know that he died of COVID just yesterday, I am just sick," Rep. London Lamar of Memphis said Thursday morning.

Wednesday, grief quickly turned to anger as the state representative and Democrat mourned the COVID-19 related death of her staff photographer.

Lamar's tweet on the topic Wednesday went viral, with more than 31,000 likes as of Thursday afternoon. It criticized Republican House Speaker Cameron Sexton's request to Gov. Bill Lee for a special session, to possibly rein in the power allowed in the state's six urban health departments - including Shelby County.

I am publicly asking @GovBillLee and @CSexton25 to NOT call a special session and allow our local school districts to make the decision on masks. I’m begging you to allow LEAs to keep our babies safe. They know better. As a legislature, we haven’t done the right thing with COVID.

If the special session happens, the state's Republican super majority could strike down the Shelby County Health Director's mask mandate - in effect since Monday - for all K-12 schools, preschools, and daycares.

"My position is the ultimate decision should be made by the parent who has raised that child and knows the background and health of that child," Rep. Mark White - a Republican and fellow state lawmaker - said.

"89 counties fall under the state directive right now, so maybe we should make it uniform across the state so we don't have this diversity of opinions," Rep. White said.

"Local trends are telling us that we have a serious problem," Dr. Taylor said. "The Shelby County Health Department is well within the law to protect children."

As it stands now, the current Shelby County Health Directive mandating masks at all public and private schools, preschools, and daycares runs through the end of the month.

My friend was the coolest photographer! RJ will be missed! #RIH pic.twitter.com/KhsitKC8Pd