Two of the spots show how easy it is for the virus to spread through a localized cluster. 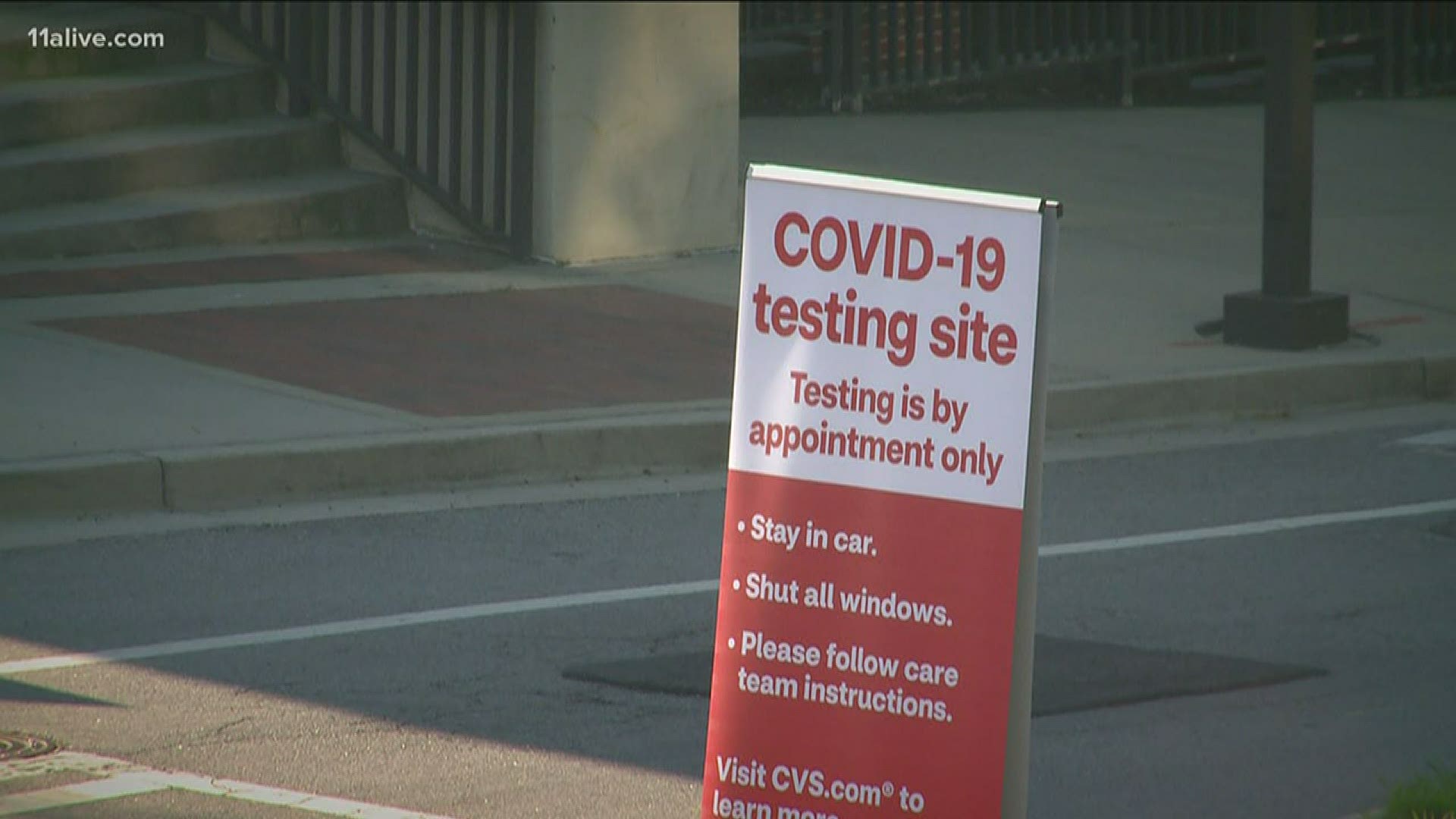 ATLANTA — As Georgia pushes past 17,000 total coronavirus cases, the worst clusters in the state are becoming clear.

The most significant cluster is no surprise, but the other two show how even a single event can allow this highly contagious virus to spread.

Here's a look at the areas where it's worst in the state:

Not surprisingly, the areas around Atlanta have seen the most cases. There are nearly 6 million people in the metro -- more than the rest of the entire state -- and most of us are packed into a small handful of counties clustered around the city itself.

As we've seen in places like New York City, population density is one of the most significant ingredients for the spread of the novel coronavirus, and the most populous counties in the Atlanta area -- Fulton, DeKalb, Cobb and Gwinnett -- predictably have the most cases.

RELATED: Atlanta mayor: If it were my call I would have a stay-at home-order for the entire country

The first confirmed cases reported in Georgia -- a father who returned from Italy and his son who later tested positive -- were announced on March 2 in Fulton County. The county has remained the epicenter of the outbreak in Georgia ever since.

When examining the population of Georgia statistically, it was less expected that Albany would become an epicenter for coronavirus.

While the city of Albany is one of the largest in south Georgia, its population is only about 75,000. The total population of Dougherty County is under 100,000.

Despite that, the county has had more deaths than any other in the state of Georgia from COVID-19. Dougherty County has had the second-most cases.

How did a place so far removed from Atlanta wind up with the most deaths in Georgia?

In a startling example of how easily coronavirus spreads, the start of the area's outbreak has been pinpointed to two funerals about a week apart in late February and early March.

According to a report by local NBC affiliate WALB, the original cluster of cases in Albany spread from the funerals at the Martin Luther King Memorial Chapel, first on Feb. 29 and then on March 7.

"The funeral was here in the funeral home. February the 29th, we had a service here at our chapel. The person who did the service, I understand was infected with the virus," the Martin Luther King Memorial Chapel operator, the Rev. Nathaniel Payne, told WALB in mid-March. "We had no way of knowing he was infected."

Bartow County perhaps would not be surprising for some of the coronavirus spread, being that it's less than an hour from downtown Atlanta.

However, what is surprising is a spike in cases and Bartow is one of only six counties in the state with more than 100 cases, along with the previously mentioned Fulton, DeKalb, Dougherty, Cobb and Gwinnett.

Despite having less than half of the population of neighboring Cherokee County, it has had nearly twice as many cases.

Other neighboring counties with similar populations as Bartow, like Floyd and Paulding counties, have only experienced a quarter of the spread that Bartow has experienced.

Again, showing the remarkable ability of the virus to spread through a connected cluster of people, the start of the spread in Bartow County can be traced back to a single church.

After cases started popping up in Bartow County, multiple individuals and couples who attended services at Cartersville's The Church at Liberty Square, told 11Alive they contracted COVID-19.

"It took people talking through the grapevine to realize I was not the only one who had it," Clay Bently told 11Alive. "There's members who have been in critical condition - and I still haven't talked to all of them. I don't know how everyone is doing. I've been in isolation, so I don't know, but I am praying for them."

'This is what COVID-19 put me through': 11Alive investigator gives personal experience after testing positive

Why you're not seeing COVID-19 recovery numbers in Georgia

How to make sure you actually get your coronavirus stimulus check