The assistance will likely be a mix of cash and loans, and Treasury's terms would let the government take a small ownership stake in the leading airlines. 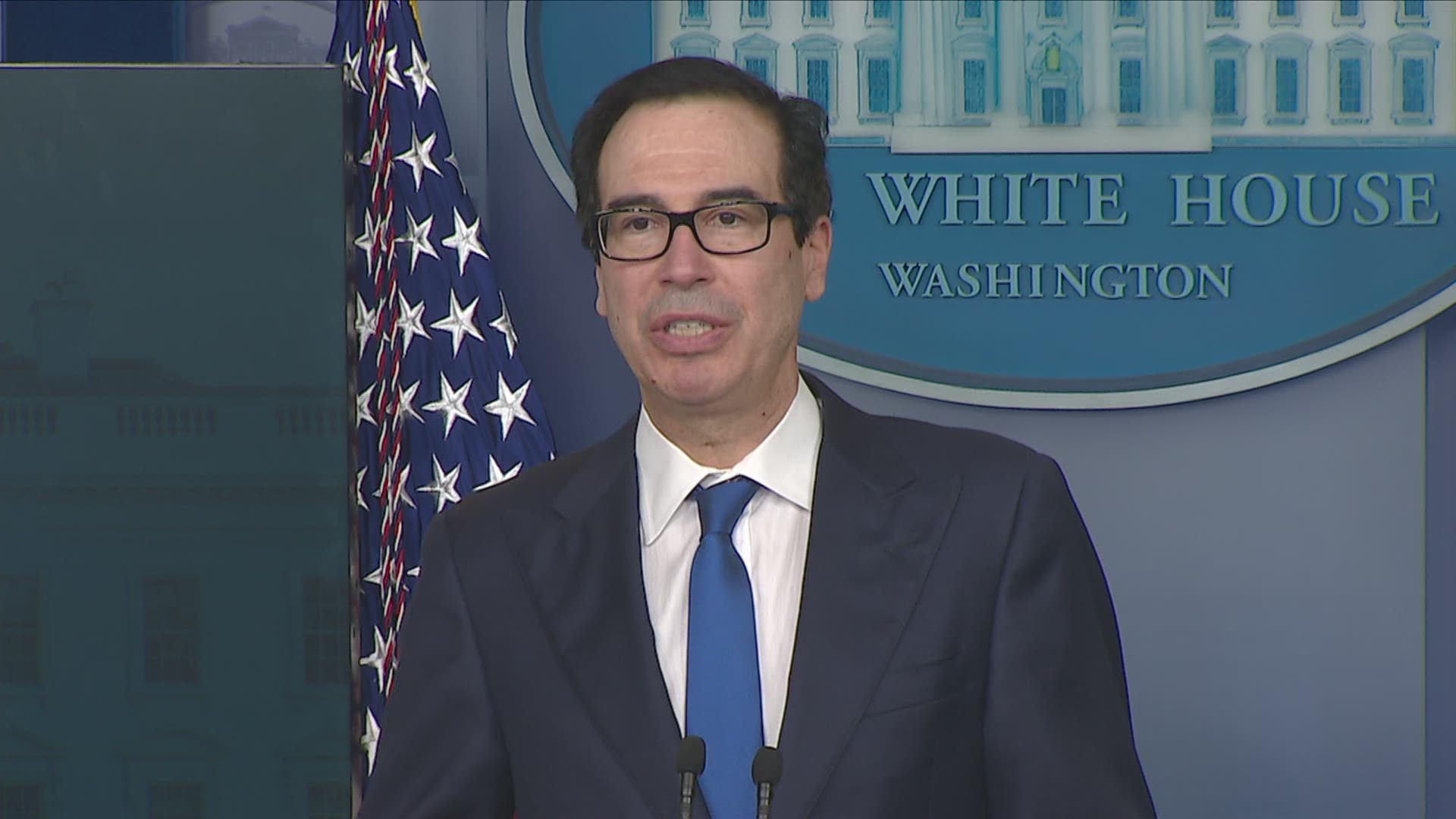 WASHINGTON — Treasury Secretary Steven Mnuchin said Tuesday that the nation's major airlines have tentatively agreed to terms for $25 billion in federal aid to pay workers and keep them employed through September.

The deals aren't final, but the assistance is almost certain to be a mix of cash and loans, and the government could take a small ownership stake in the leading airlines.

The airlines did not want to give up equity, but Treasury demanded compensation for taxpayers. The airlines have little leverage — their business has collapsed as the COVID-19 pandemic reduces air travel to a trickle and they face mass layoffs without the federal aid.

The nation's six biggest airlines — Delta, American, United, Southwest, Alaska and JetBlue — along with four smaller carriers have told the Treasury Department they plan to take part, and discussions are continuing with others, Mnuchin said.

"We look forward to working with the airlines to finalize the necessary agreements and disburse funds as quickly as possible," Mnuchin said in a statement.

The airlines had expected to begin receiving the aid — entirely in cash that didn't have to be repaid — from the government to cover their payrolls by April 6, the deadline set by Congress. Instead, they found themselves locked in several days of tense negotiations with the Treasury Department, which insisted that only 70% of the aid should be in cash, with the rest in loans that airlines must repay.

RELATED: With Yosemite National Park closed to visitors, bears are out and about

In addition, Treasury demanded that to compensate taxpayers, the largest airlines must turn over warrants that, if exercised, could give the government ownership stakes ranging between 1% and 3%, according to calculations by a Raymond James analyst.

The warrants total 10% of the loan amount, and Mnuchin can exercise them at each airline's closing stock price on April 9, according to airline officials.

The nation's airlines entered 2020 riding a decade-long hot streak in which together they earned tens of billions of dollars due to strong travel demand. That success came crashing down in just a few weeks, as governments restricted travel to slow the spread of the new coronavirus, and people feared contracting the illness on a plane.