Tuesday, Le Bonheur confirmed one child had died at Le Bonheur Children’s Hospital, and another passed away at another facility the hospital serves. 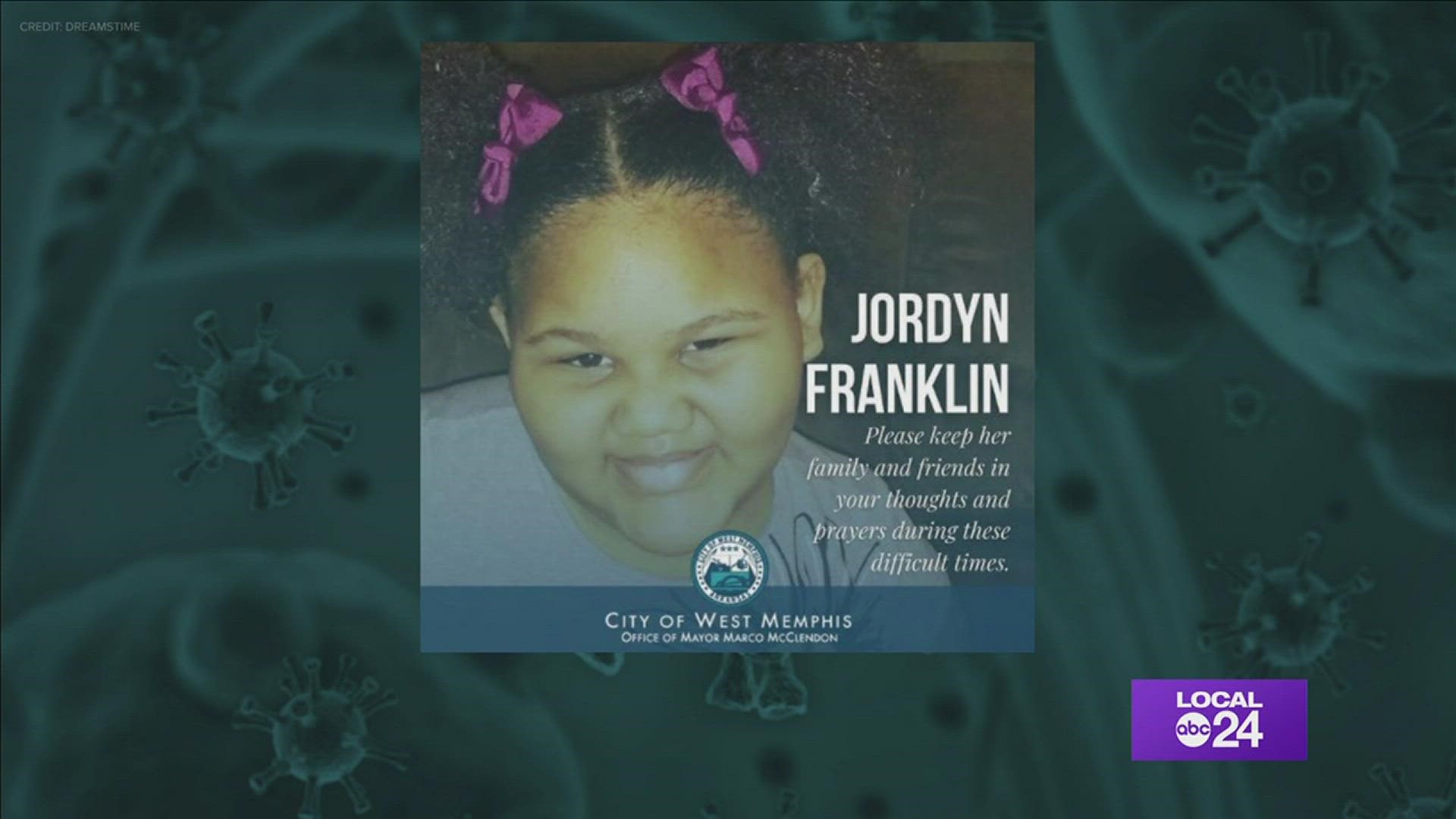 MEMPHIS, Tenn. — UPDATE 8/5/2021 - We have learned that one of the two Mid-South children who died from COVID-19 complications was from West Memphis, Arkansas.

Tuesday, Le Bonheur confirmed one child had died at Le Bonheur Children’s Hospital, and another passed away at another facility the hospital serves.

Thursday, West Memphis Mayor Marco McClendon confirmed one of those who died was 11-year-old Jordyn Franklin. McClendon said the girl died Monday, "within hours as her symptoms got worse."

A candlelight vigil will be held in her honor Friday from 6 to 8:30 p.m. at Jackson-Wonder Elementary where she attended school.

A post shared by City of West Memphis (@cityofwestmemphis) 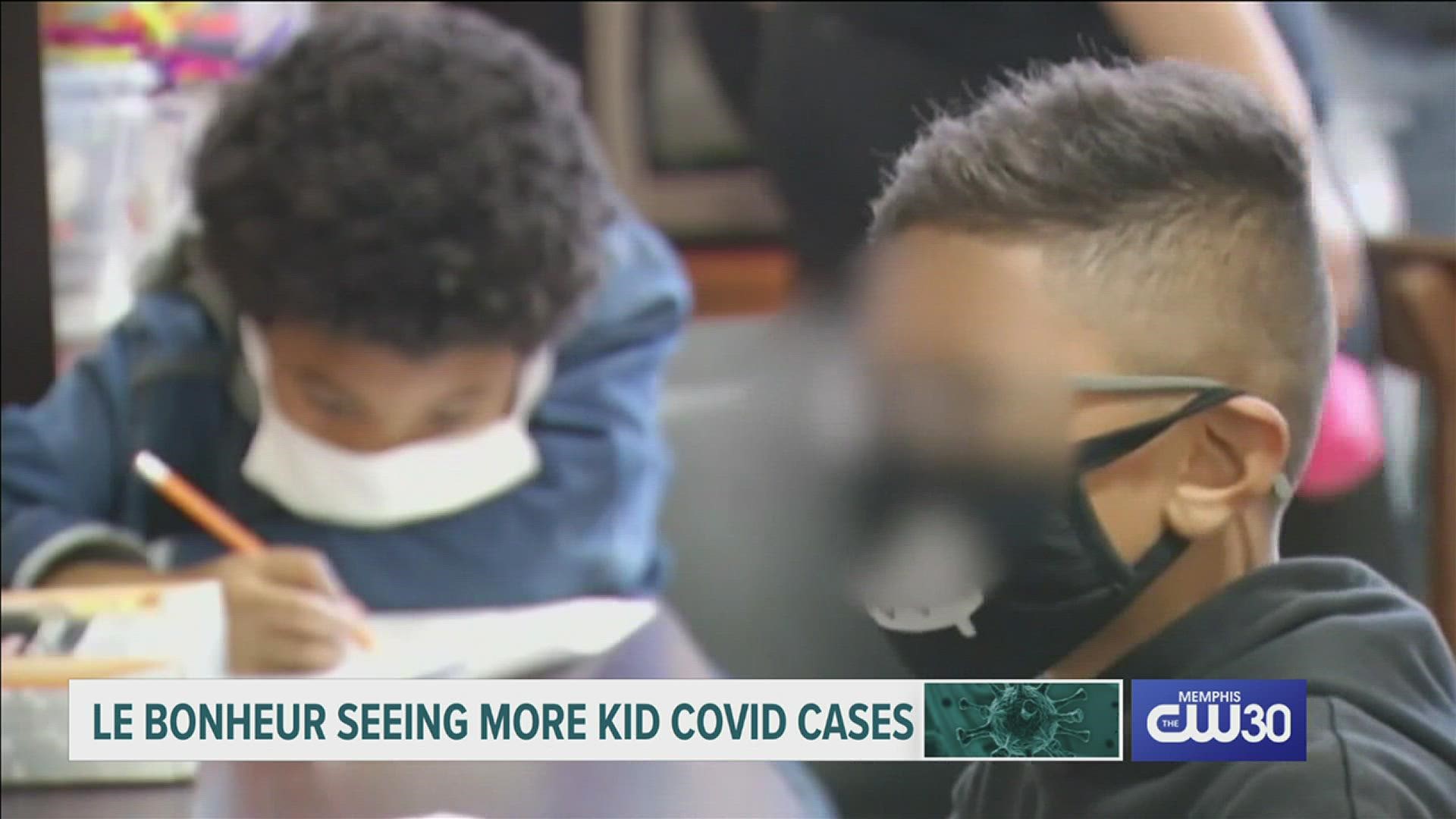 8/3/2021 - Two children have died from COVID-19 complications over the weekend. Le Bonheur Children’s Hospital confirmed the news Tuesday. A doctor said the number of kids with COVID is rising.

“One of them was in our intensive care unit and then one of them was in an outlining facility that we serve,” said Dr. Nick Hysmith, the director of Infection Prevention at Le Bonheur Children’s Hospital.

Dr. Hysmith said during the peak of the pandemic last year a few kids were admitted from time to time. Usually, kids who came into the hospital for other reasons and were found to be COVID positive.

“What’s really changed over the last week and a half is we’ve started seeing an increase in the number of kids being admitted with acute COVID.”

The hospital has seen a significant 30% positivity rate among patients as they are screened in the emergency department. Hysmith said one factor is low vaccination rates.

“The delta variant is playing a big role in this,” said the infectious disease specialist. “We know that’s the dominant strain in our community. We know that’s it’s easily transmitted.”

Eight kids are currently COVID positive at Le Bonheur several in critical care. Doctors are encouraging parents to get their child vaccinated if they are 12 and over and to continue frequent handwashing.

“We must mask our children when we go back to school,” said Dr. Hysmith. “I think that’s the biggest thing I would tell parents if we want to protect them.”

#DeltaVariant surging in U.S. New data show Delta much more contagious than previous versions of #COVID19. Unvaccinated people: get vaccinated & mask until you do. Everyone in areas of substantial/high transmission should wear a mask, even if vaccinated. https://t.co/tt49zOEC8N