Pregnant women run a higher risk of severe illness from the coronavirus. But their vaccination rates are low. 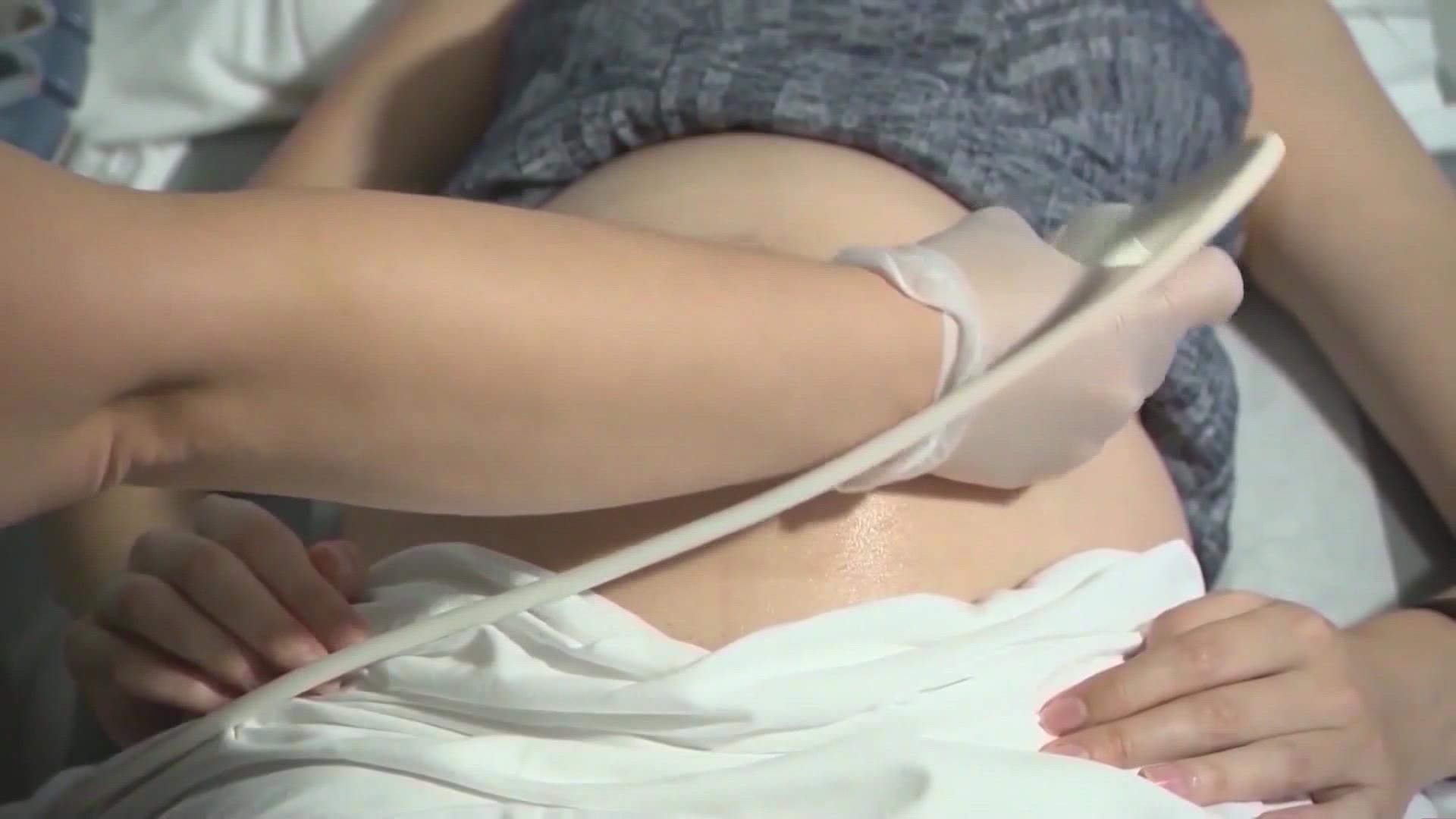 WASHINGTON — The Centers for Disease Control and Prevention urged all pregnant women Wednesday to get the COVID-19 vaccine as hospitals in hot spots around the U.S. see disturbing numbers of unvaccinated mothers-to-be seriously ill with the virus.

Expectant women run a higher risk of severe illness and pregnancy complications from the coronavirus, including perhaps miscarriages and stillbirths. But their vaccination rates are low, with only about 23% having received at least one dose, according to CDC data.

‘’The vaccines are safe and effective, and it has never been more urgent to increase vaccinations as we face the highly transmissible delta variant and see severe outcomes from COVID-19 among unvaccinated pregnant people,’’ CDC Director Dr. Rochelle Walensky said in a statement.

The updated guidance comes after a CDC analysis of new safety data on 2,500 women showed no increased risks of miscarriage for those who received at least one dose of the Pfizer or Moderna vaccine before 20 weeks of pregnancy. The analysis found a miscarriage rate of around 13%, within the normal range.

The CDC’s advice echoes recent recommendations from top obstetrician groups. The agency had previously encouraged pregnant women to consider vaccination but had stopped short of a full recommendation. The new advice also applies to nursing mothers and women planning to get pregnant.

Although pregnant women were not included in studies that led to authorization of COVID-19 vaccines, experts say real-world experience in tens of thousands of women shows that the shots are safe for them and that when given during pregnancy may offer some protection to newborns.

The new guidance comes amid a surge in COVID-19 cases, hospitalizations and deaths in the U.S., driven by the highly contagious delta variant.

Some health authorities believe the variant may cause more severe disease — in pregnant women and others as well — than earlier versions of the virus, though that is still under investigation.

National figures show the latest surge in cases among pregnant women is lower than it was during the outbreak's winter peak. But at some hospitals in states with low vaccination rates, the numbers of sick mothers-to-be outpace those during earlier surges, before vaccines were available.

“This is by far the worst we’ve seen in the pandemic,’’ said Dr. Jane Martin, an obstetrician with Ochsner Baptist Medical Center in New Orleans. She added: “It’s disheartening and it’s exhausting. It feels like it doesn’t have to be like this.”

At the beginning of the pandemic and with each surge, Ochsner had a few pregnant patients very sick with the virus, though the numbers had dwindled in recent months.

“A week or two ago that pace changed drastically,’’ Martin said. “We have had multiple critically ill pregnant patients admitted’’ every day, most requiring intensive care.

Martin said she has taken care of at least 30 pregnant patients hospitalized with COVID-19 over the last two weeks. Most were unvaccinated.

Experts say the lifting of mask rules and other social distancing precautions and the rise of the delta variant have contributed to the worrisome trend. But also, vaccinations weren’t made available to women of childbearing age and others under 65 until spring.

Early in her pregnancy, Tennessee kindergarten teacher Sara Brown decided she would wait until the baby was born to get the shots. There wasn’t much safety data yet about getting vaccinated during pregnancy, and at 36, she was young, healthy and “figured if I did get it, it would probably just be a bad cold.’’

But what seemed like a sinus infection in June turned into severe COVID-19, landing her in a Nashville intensive care unit for five days, on oxygen and struggling to breathe.

Her daughter Suzie was born healthy on Aug. 2. But it was a harrowing experience.

“Not being able to catch your breath is such a panicky feeling, knowing I had life inside me that could be suffering too,’’ she said.

At Vanderbilt University Medical Center, where Brown was treated, there were no infected pregnant patients early in July. Now the hospital is admitting four to five a week, all unvaccinated, said obstetrician Dr. Jennifer Thompson. About 20% of those patients are being treated in the intensive care unit, compared with 11% during previous surges, she said.

About 20% of all patients admitted for labor and delivery last week at the St. Louis hospital are infected, more than double the rate during the COVID-19 surge in Missouri last year, she said. About one-third of these women are critically ill.

Around 105,000 pregnant U.S. women have been infected with COVID-19, and almost 18,000 have been hospitalized, according to the CDC. About one-fourth of those received intensive care and 124 died.

Pregnancy-related changes in body functions may explain why the virus can be dangerous for mothers-to-be. These include reduced lung capacity and adjustments in the disease-fighting immune system that protect and help the fetus grow.

The risks are disproportionately high for Black and Hispanic women, who are more likely to face health care and economic inequalities that increase their chances of getting sick.

Some studies suggest the virus can also increase the risks of preterm birth and stillbirth, and in rare cases, it appears to have passed from mother to fetus.

Martin, the New Orleans obstetrician, noted that local hospitals are also treating increasing numbers of children and babies sick with COVID-19, some of whom may have been infected after birth by unvaccinated mothers.

Martin was pregnant when she got her own shots last winter. She delivered a healthy baby girl a week after the last shot.

“Vaccinating people is the only way out,’’ she said.