Instead, plans remain to gradually open other sites across Shelby County as more doses arrive in coming weeks. 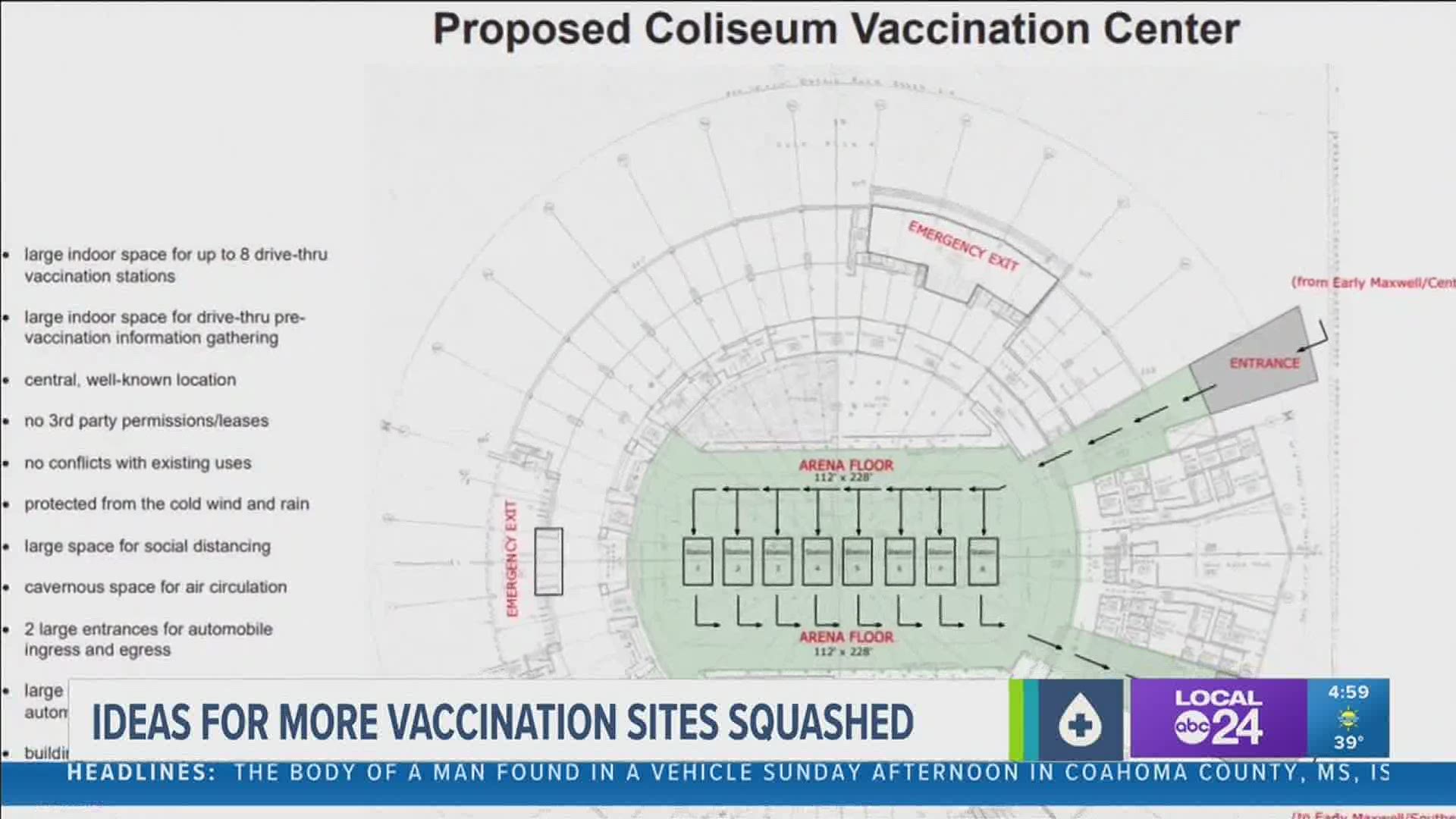 MEMPHIS, Tenn. — "It could be of great service to our city at some point," Marvin Stockwell with the Mid-South Coliseum Coalition said.

That's why Stockwell recently suggested the building as a future vaccine drive-thru site, and created a blueprint for potential entry and exit logistics.

Vacant for more than a decade, the Coliseum is next to the existing Pipkin Building vaccine site that's distributing first and second doses by appointment this week.

"There it sits, just waiting to be used - a civic asset that two separate assessments showed was structurally sound. So why wouldn't we use it?" Stockwell said.

This past weekend, Craig Unger with the Memphis Redbirds and Memphis 901 FC also offered AutoZone Park in downtown Memphis as another potential mass vaccine site.

Unger tweeted: "We are here and ready" and suggested suites or open air concourses could be used for vaccine recipients - one at a time in a line - with a scanned ticket.

Arguably, our industry has suffered the most.

We haven't sold a ticket to a baseball game at AutoZone Park in over 500 days!

But we also have the most to gain. We need people to be vaccinated to have meaningful crowds back at every venue in Memphis!

We are here and ready!

"It's definitely an all hands on deck moment for Memphis," Stockwell said.

The separate ideas were politely rejected Monday afternoon by a city of Memphis spokesperson, who said: "We will not be opening either. The locations we are operating now are working very efficiently and moving people in and out quickly. Our issues are not with a location. It is with the amount of vaccine we are receiving."

"In the near future, safety net providers which are community clinics will have some have vaccine, as well as some of the pharmacies," Dr. Haushalter said. 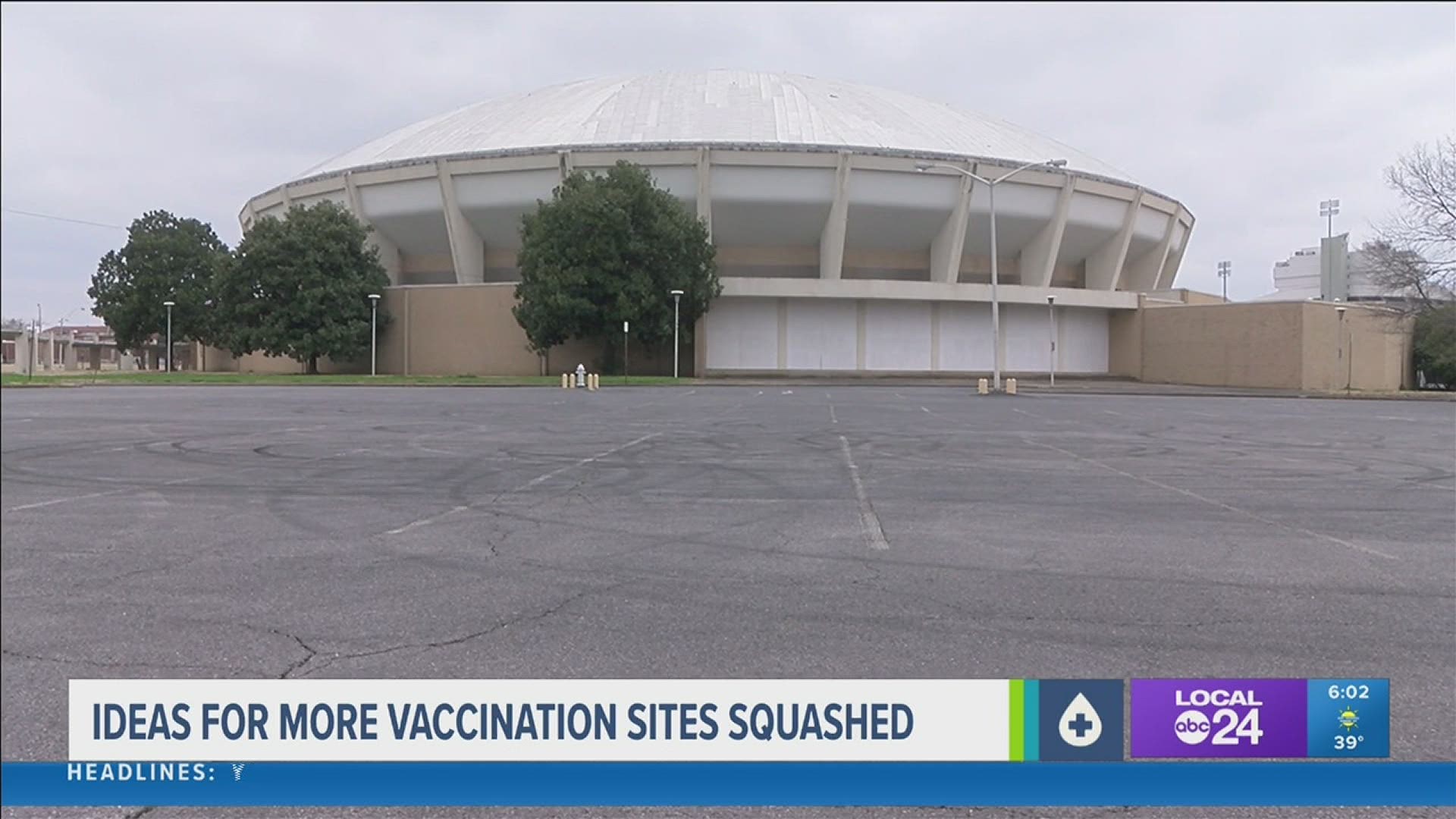 The Shelby County COVID-19 Joint Task Force said it's next planned vaccine site addition would be in the Frayser community.