Shelby County Health Director Dr. Alisa Haushalter has resigned after word of children being vaccinated and doses stolen from a vaccine site. 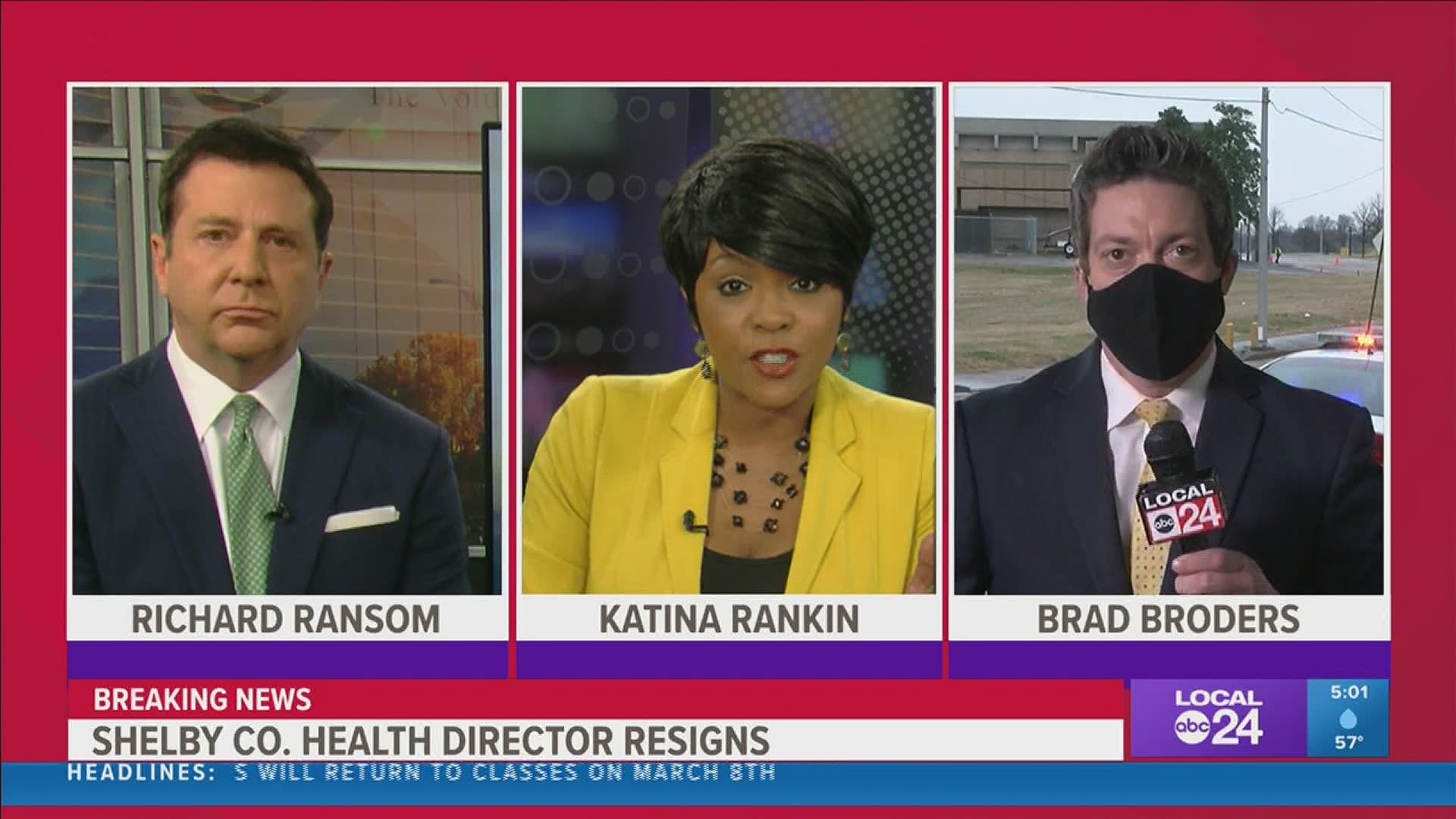 Shelby County Mayor Lee Harris announced the resignation during a special Shelby County Commission meeting Friday. He said the director's resignation is not effective immediately, and she will remain until March 15th. An interim director will be named next week.

This comes after Tennessee Gov. Bill Lee toured a Memphis vaccination site, following news from Tennessee Health Commissioner Dr. Lisa Piercey, who said Friday the FBI has been contacted amid new mismanagement allegations against the Shelby County Health Department and its handling and distribution of COVID-19 vaccines.

"I certainly think what was happened in the Shelby County health department provides a lot of concern," Gov. Lee said. "At the very least I can say there's been a real lack of leadership there."

Dr. Piercey said on Thursday, Shelby County Mayor Lee Harris notified her of children being vaccinated February 3rd at the Appling site, an event Dr. Piercey said had not been reported to any authorities.

Dr. Piercey said she also learned Thursday of a potential vaccine theft by a volunteer at the Pipkin site. She said doses were injected into syringes and those syringes were taken off site. 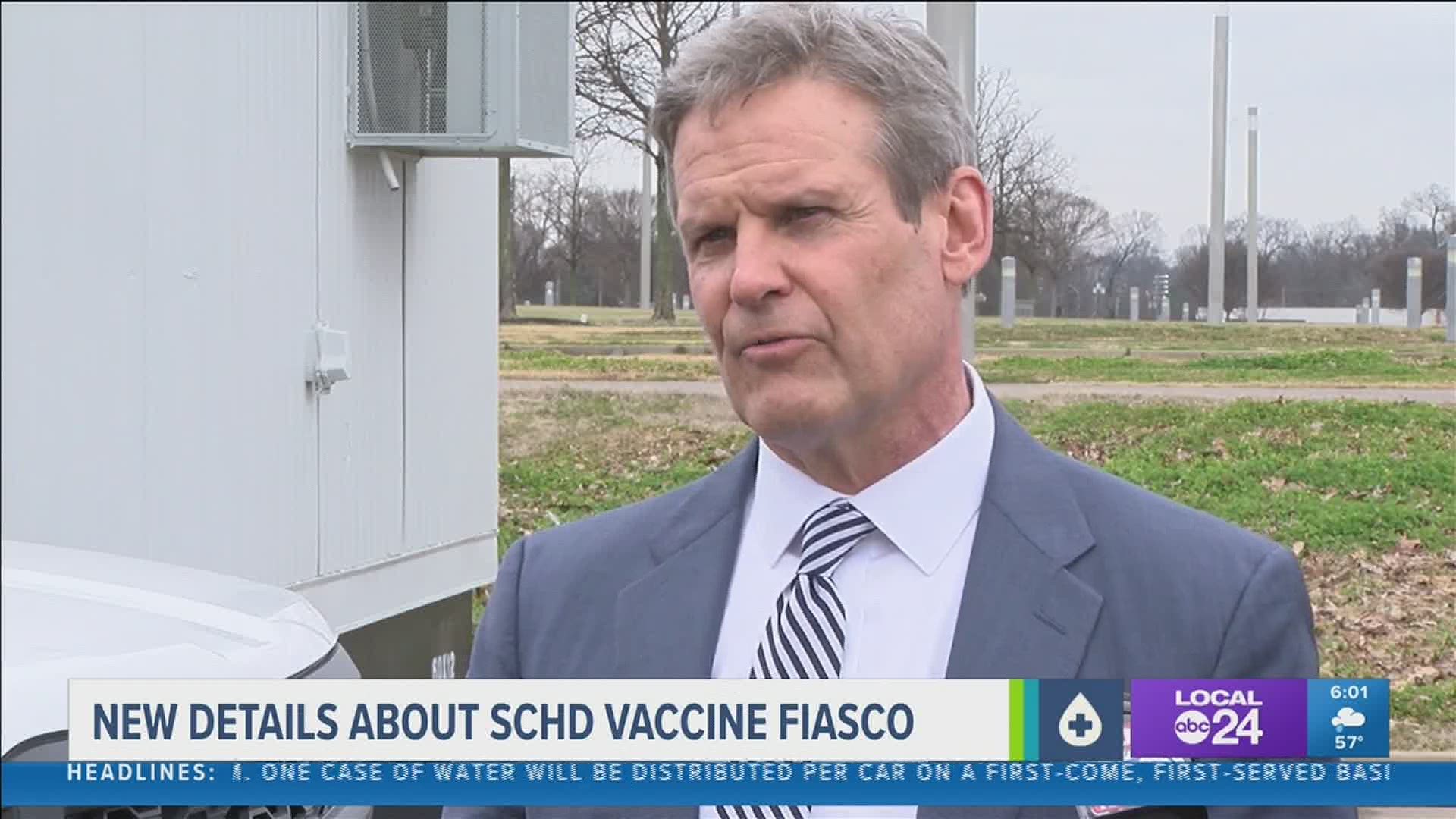 In response, the Tennessee Department of Health indefinitely stripped the Shelby County Health Department of its control of vaccine distribution, vaccine sites, and vaccine inventory monitoring, and assigned those duties to the city of Memphis, which officially took over Wednesday morning.

"They stepped into the gap and have responded quickly and quite effectively," Dr. Piercey said.

"Our understanding is that in the beginning of February, a site supervisor received information that a volunteer might have engaged in suspicious behavior. Although there were no witnesses to a theft, other staff were suspicious of the volunteer, who is a medical professional. The Shelby County Health Department removed the volunteer from the premises and the site supervisor contacted law enforcement regarding the incident. Law enforcement concluded that there was insufficient information to file a report of any theft or unlawful conduct."