The family said Brad Malagarie got his vaccine, and then hours later, coworkers found him unresponsive at his desk. 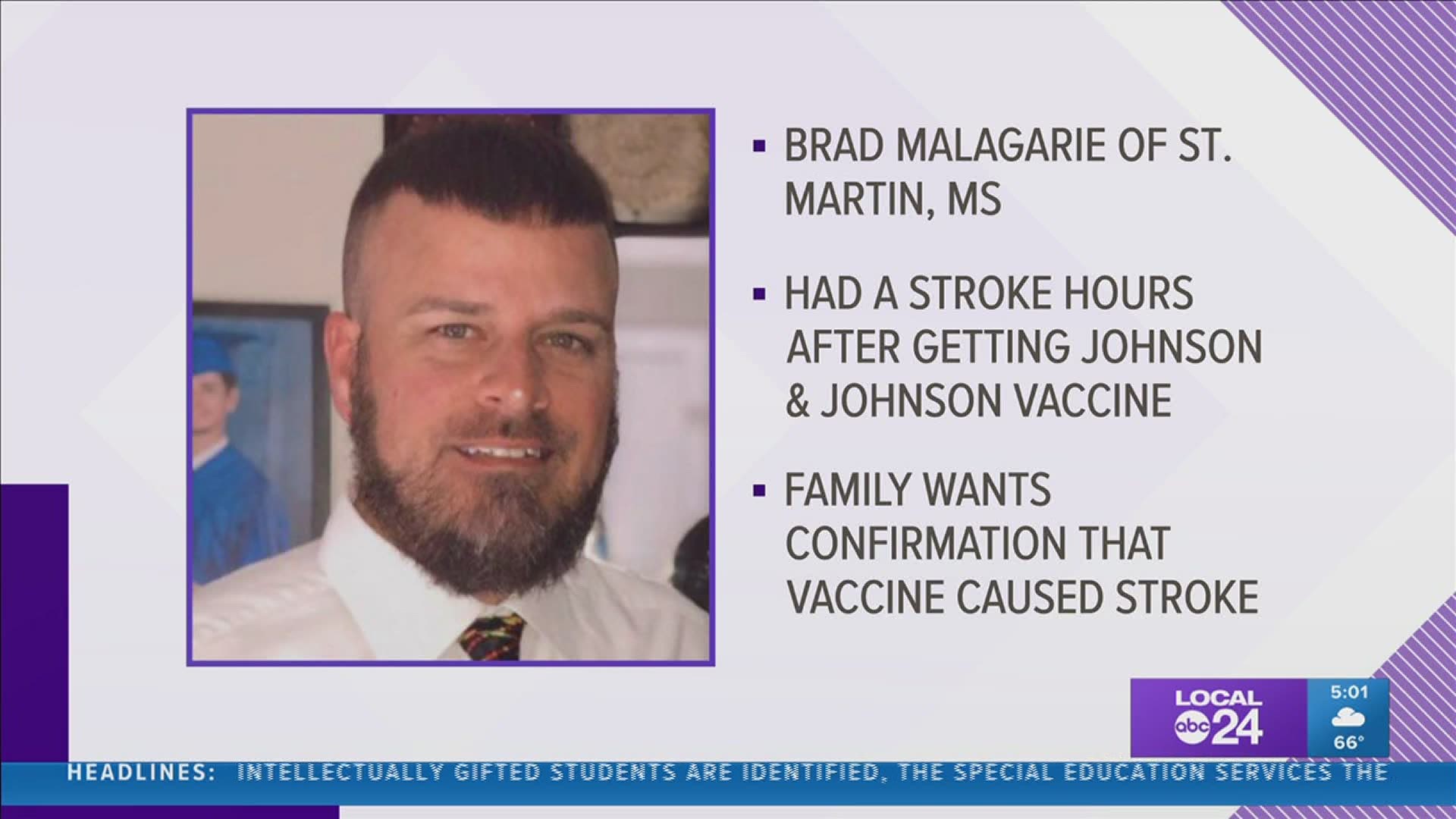 ST MARTIN, Miss — A family in south Mississippi said a husband and father of seven had a stroke, and they believe the Johnson and Johnson COVID-19 vaccine is to blame.

According to the family, Brad Malagarie of St. Martin was a healthy man in his early 40s. They said he got his vaccine, and then hours later, coworkers found him unresponsive at his desk.

Doctors said a blood clot had lodged in one of his arteries, causing a stroke. Now one week later, his family said he's paralyzed on his right side and can't talk.

The family is asking health officials to investigate his situation to determine if it was caused by the Johnson and Johnson vaccine.