'It shouldn't be this way' | Frustration builds as those in Shelby County miss out on second vaccine doses; health department responds 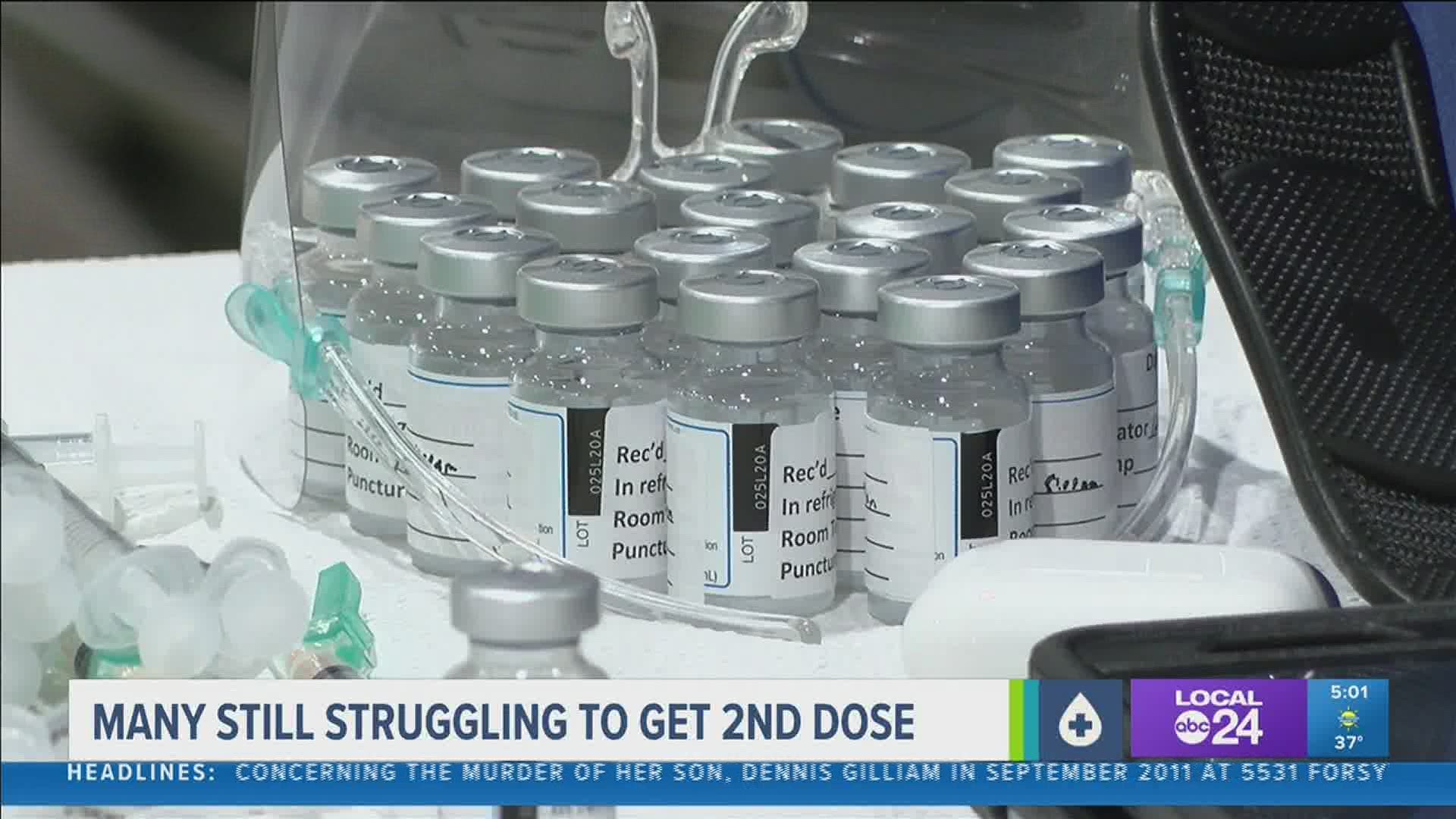 MEMPHIS, Tennessee — "The way we've developed it, certain people are going to get it and a lot of people aren't," Gayle Rose said.

Rose struck out Tuesday morning for a second COVID-19 vaccine dose appointment in Shelby County, just minutes after the health department opened 700 slots for this Friday.

"I feel like I won the lottery," Eileen Posner said.

Posner was among the lucky few who snagged a coveted appointment in the nick of time.

"I'm happy I'm getting it and I wouldn't give up my slot, but what about people who can't get it and that's very sad," Posner said.

Hundreds in Shelby County are due for a scheduled second dose this week through the health department. Instead, most are shut out, despite constantly attempting - but failing - to get through by phone or online.

"I'm so frustrated," Rose said. "It ruins my day. I'm concerned about not getting it."

"We ask everyone to be patient because it's a very challenging time - because there is much greater demand than there is supply," Shelby County Health Director Dr. Alisa Haushalter said.

Dr. Haushalter said Tuesday second vaccine doses are still as effective up to six weeks after the first, an adjusted timeline many now face locally. 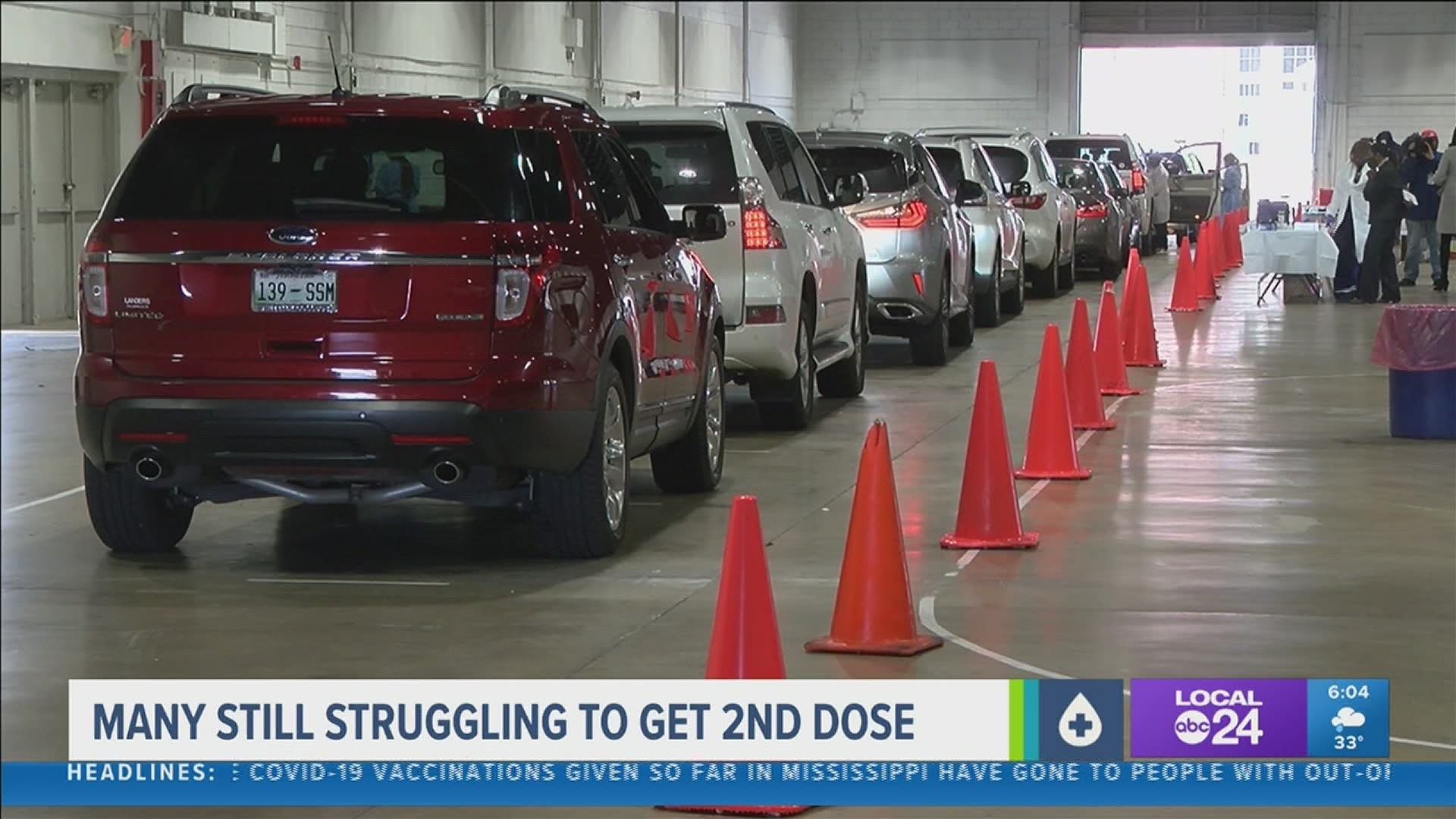 "We will continue to make adjustments as we know that vaccine available and demand for appointments," Dr. Haushalter said,

Those adjustments include plans to set up a second dose appointment while getting a first and hiring more people to answer the 901-222-SHOT appointment line.

"It stays busy and then if you ask for help there is no one there to help you," Rose said.

Tuesday, the Shelby County Health Director reiterated her belief that K-12 teachers and childcare workers are estimated to be eligible for a first vaccine dose in early March.

Tennessee Health Commissioner Dr. Lisa Piercey also said Tuesday that in Tennessee, anyone who gets a first vaccine dose is guaranteed a second dose in that same county.