The department's commissioner says she would never pressure children to take the vaccine. 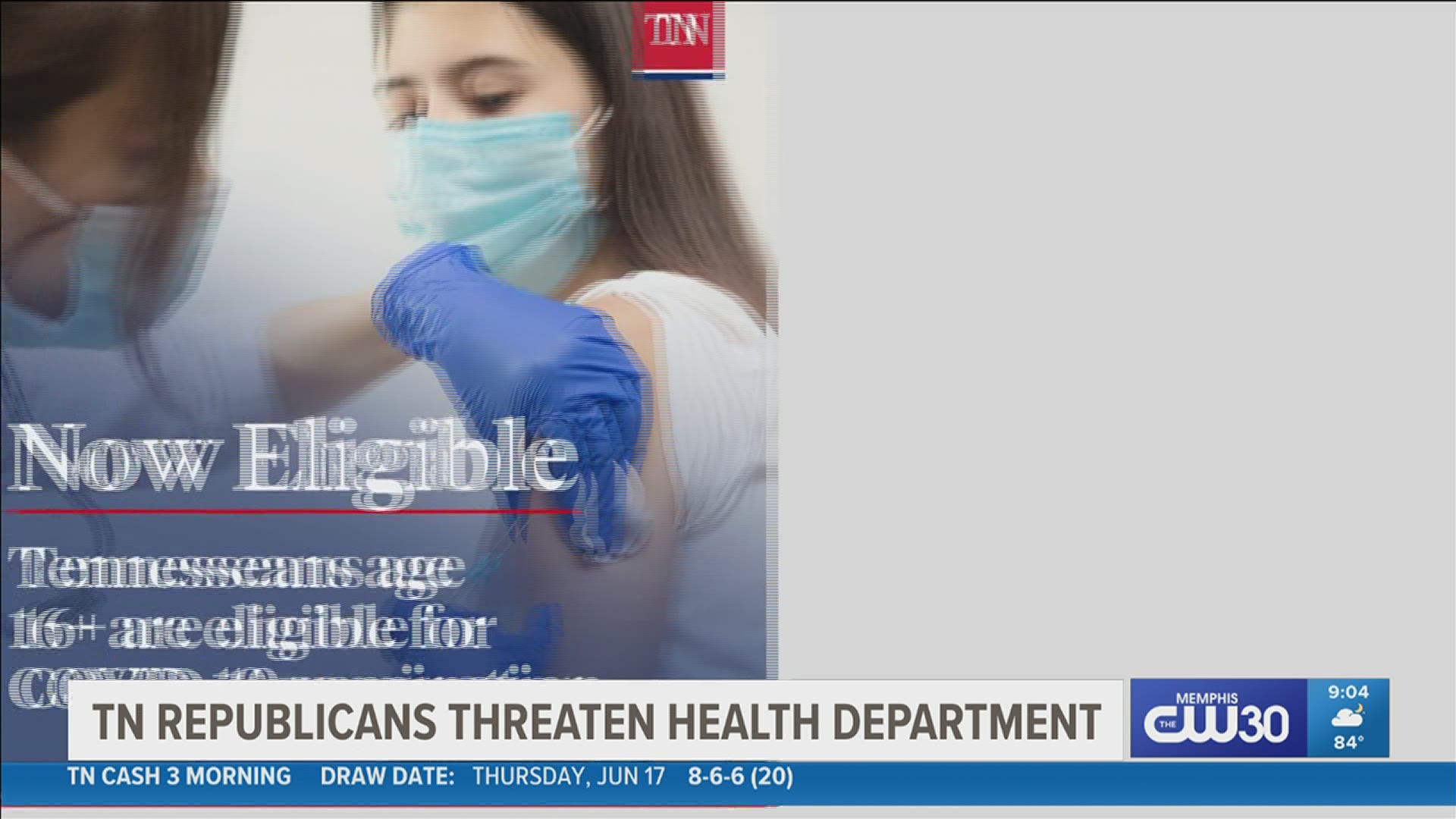 MEMPHIS, Tenn. — Some Tennessee Republicanlawmakers accused the Tennessee Department of Health of "guilt-tripping" kids to take the Covid-19 vaccine. Rep. Scott Cepicky, (R) Culleoka, motioned to "dissolve" the department altogether over the accusations.

"I’m one who sits here very skeptical of the Department of Health right now," Cepicky said in the Government Operations Committee meeting Wednesday.

"When you have advertisements like this with a young girl with a patch on her arm all smiling we know how impressionable our young people are and wanting to fit in in life," Cepicky said.

The department's commissioner, Dr. Lisa Piercey, said she strongly believes the vaccine is a personal choice.

"Under no circumstance is the department encouraging children to seek out vaccination without parental consent," Piercey said.

Only 8 children over 14 years old statewide have received their shot without a parent or guardian present. Three of them were Piercey's own children because she said she was too busy at work to take them herself. The so-called "Mature Minor Doctrine" allows healthcare providers to treat minors 14 and older without parental consent. Sen. Janice Bowling, (R) Tullahoma, said that doctrine shouldn't be applied to the COVID-19 vaccine.

"I, as deputy speaker, am encouraging the Department of Health to back off the misapplication and misunderstanding of the judicial doctrine," Bowling said.

GOP lawmakers are threatening "dissolve" the Tennessee Dept. of Health after accusing it of "guilt-tripping" kids into getting vaccinated.

They raised concerns because of the "Mature Minor Doctrine"
It allows healthcare providers to treat certain minors without parental consent pic.twitter.com/UoT2QWfVzd

"I’ve probably been as critical of the Department of Health as anybody in this room, but I don’t think it’s a good idea for this body to demand reconstitution of the governor's department," Stewart said.

Lawmakers will meet again in July to discuss dissolving the state's health department.