Should politicians be allowed to require vaccine passports?

A proposed Tennessee bill would not allow vaccine passports. 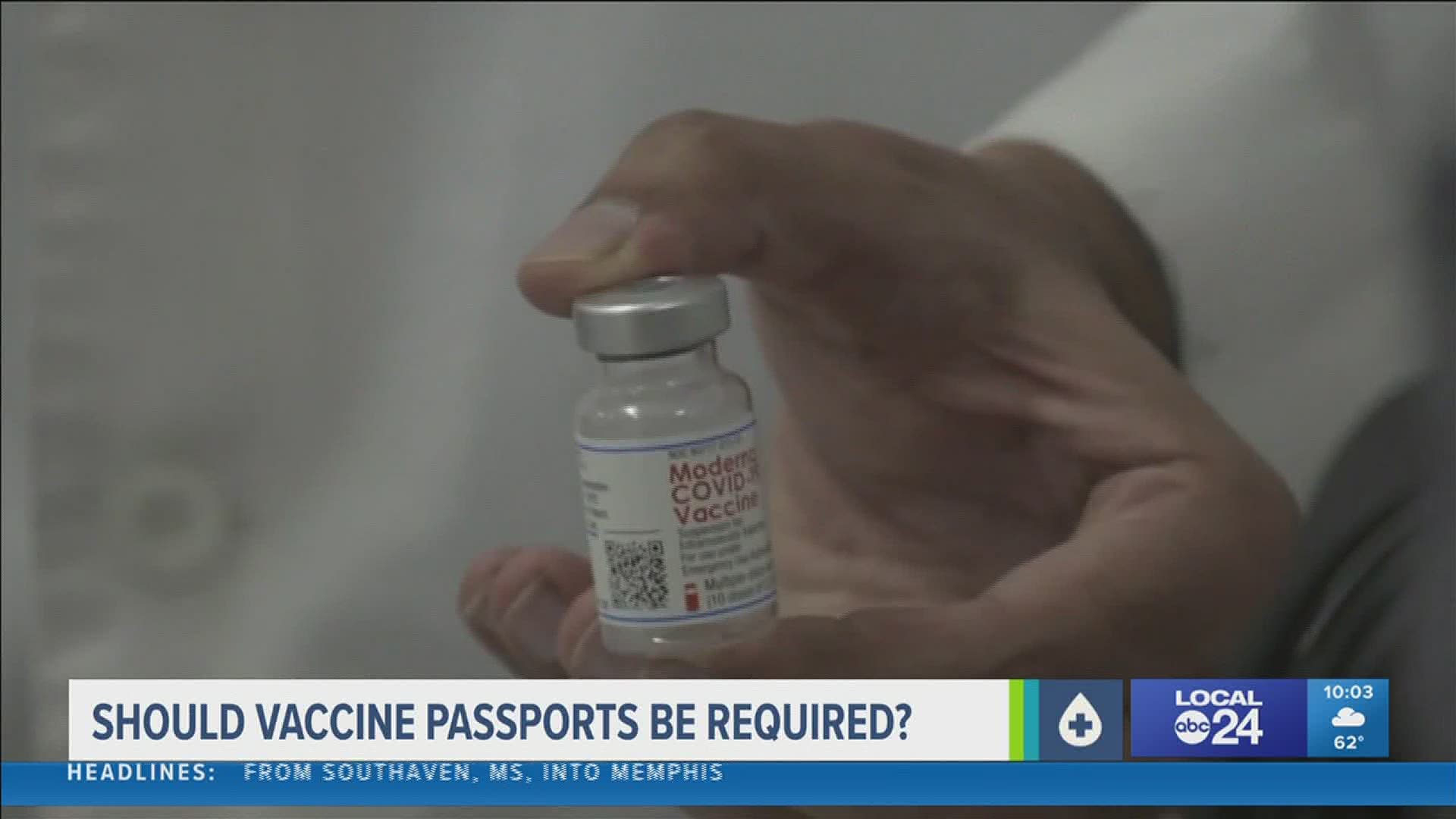 MEMPHIS, Tenn — You’ve probably heard of the term by now, vaccine passports, but a bill against them in Tennessee is making its way through the General Assembly. Mid-South governors are taking a stand against it as well.

“We have at least one county in our state that is requiring this or something very similar to,” said Rep. John Ragan, who is sponsoring the bill.

I oppose vaccine passports. The COVID-19 vaccine should be a personal health choice, not a government requirement.

But what exactly is a vaccine passport? It’s typically an app with a code that verifies whether someone has been vaccinated or has recently tested negative for COVID-19. Supporters have said the passport is to allow the inoculated to more freely travel, dine and shop but Republicans see them as a violation of personal freedom and private health choices.

“This bill says that no state entity, and by the way counties and cities are subunits of state government, can mandate a vaccine passport,” said Rep. Ragan.

“There will be no federal vaccinations database and no federal mandate requiring everyone to obtain a single vaccination credential,” said White House Press Secretary Jen Psaki.

The White House also said private businesses can make their own decisions regarding requirements for proof of vaccination. The Tennessee bill would not stop a business from requiring a vaccine passport.