TDH will direct new allocations of COVID-19 vaccine to the City of Memphis, hospitals, pharmacies and clinics. 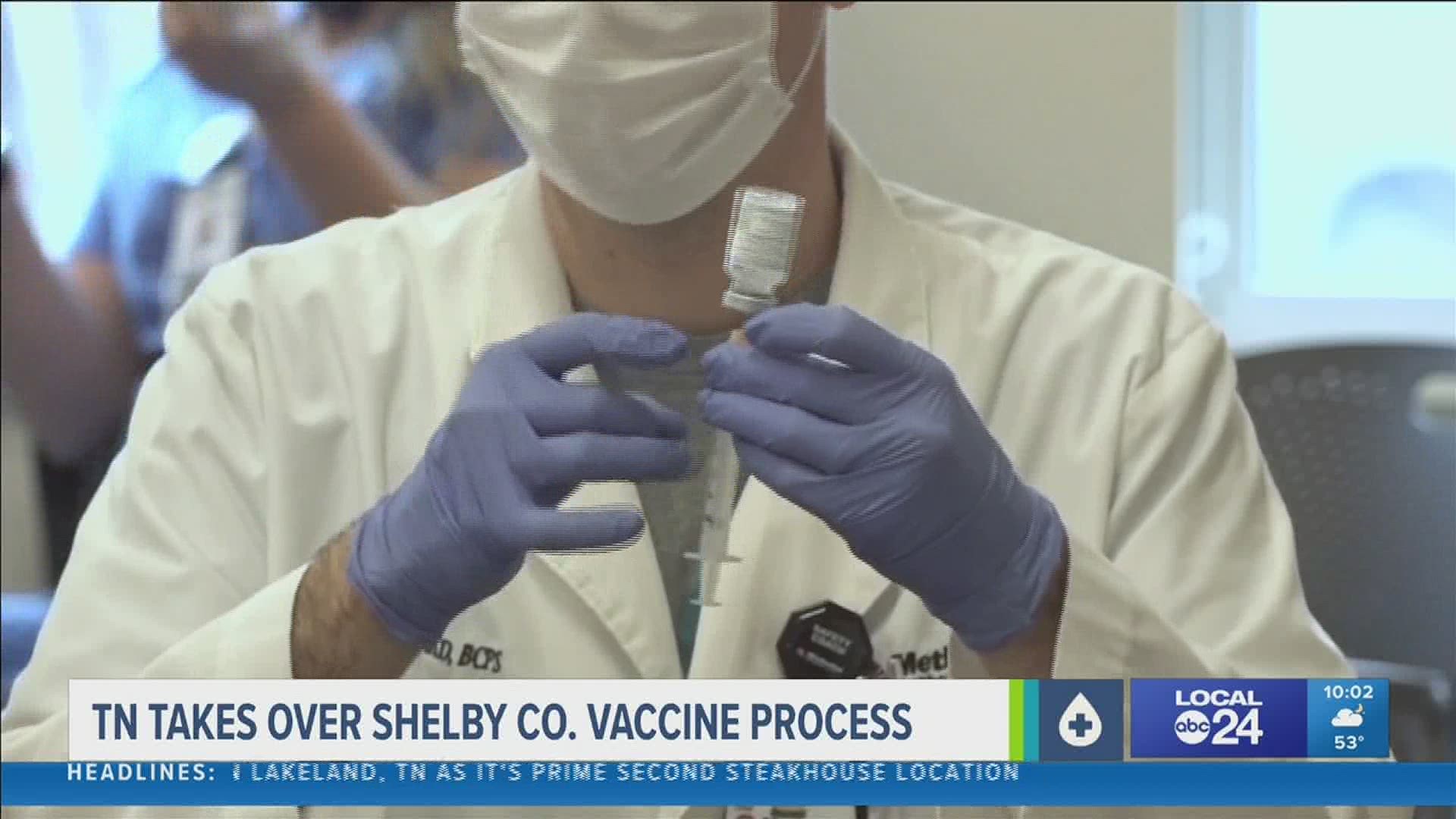 MEMPHIS, Tenn — While the elderly and those who are immunocompromised wait for a vaccine, the Shelby County Health Department is under a state health department investigation after over 2,400 doses were wasted.

Dr. Lisa Piercey commissioner of the Tennessee Department of Health, in a press briefing Tuesday said she doesn’t want to place blame but find solutions.

“When you have a failure of a system it’s almost never one particular thing,” said Dr. Piercey.

After learning of the 1300 expired vaccine doses in Shelby County last Friday the state intervened finding the discarded doses dated back to February 3rd.

There were seven incidents of vaccine waste equaling to more than 2,400 wasted doses and 51,000 doses of COVID-19 vaccine in inventory, which was an excess of about 30,000 doses.

The state also found a lack of standard operating procedures for storage and handling of the vaccine, insufficient record keeping, and no formal process for management of soon-to-expire- vaccine doses.

Of the surplus of doses in inventory, Dr. Piercey said “it has actually been noticed in the system for a couple of weeks now. We’ve been asking about it, were initially told it was a lag in data entry. That a portion of those doses had been administered but hadn’t been put into the system. But that inventory number never really went down.”

As a consequence, the current inventory of COVID-19 vaccines has been distributed to proven community partners for immediate administration.

TDH will direct new allocations of COVID-19 vaccine to the City of Memphis, hospitals, pharmacies and clinics.

Dr. Piercey, @TNDeptofHealth commissioner, is blunt just now when she said: Shelby County is a CONTRIBUTING factor in bringing down our STATE and NATIONAL average in vaccine dose distribution.

“The biggest issue that we found was just a lack of communication around the thawing of vaccines,” said Michelle Fiscus, of the Tennessee Department of Health.

Local 24 News asked the mayor what more if anything he would want to see done to make sure no dose wastage like this happens in the future.

"We will put in place procedures by which that doesn’t happen again and make sure that all the partners do that," said Strickland. "As we move forward we want to make sure as much as possible that every shot is put in an arm.”

Dr. Peircey said they have asked the CDC to assist in the investigation but stressed they don’t want to “take over” efforts which would impact timing of ongoing vaccinations.