The Tennessee Department of Health announced that its moving into the next stage of vaccination beginning next week. 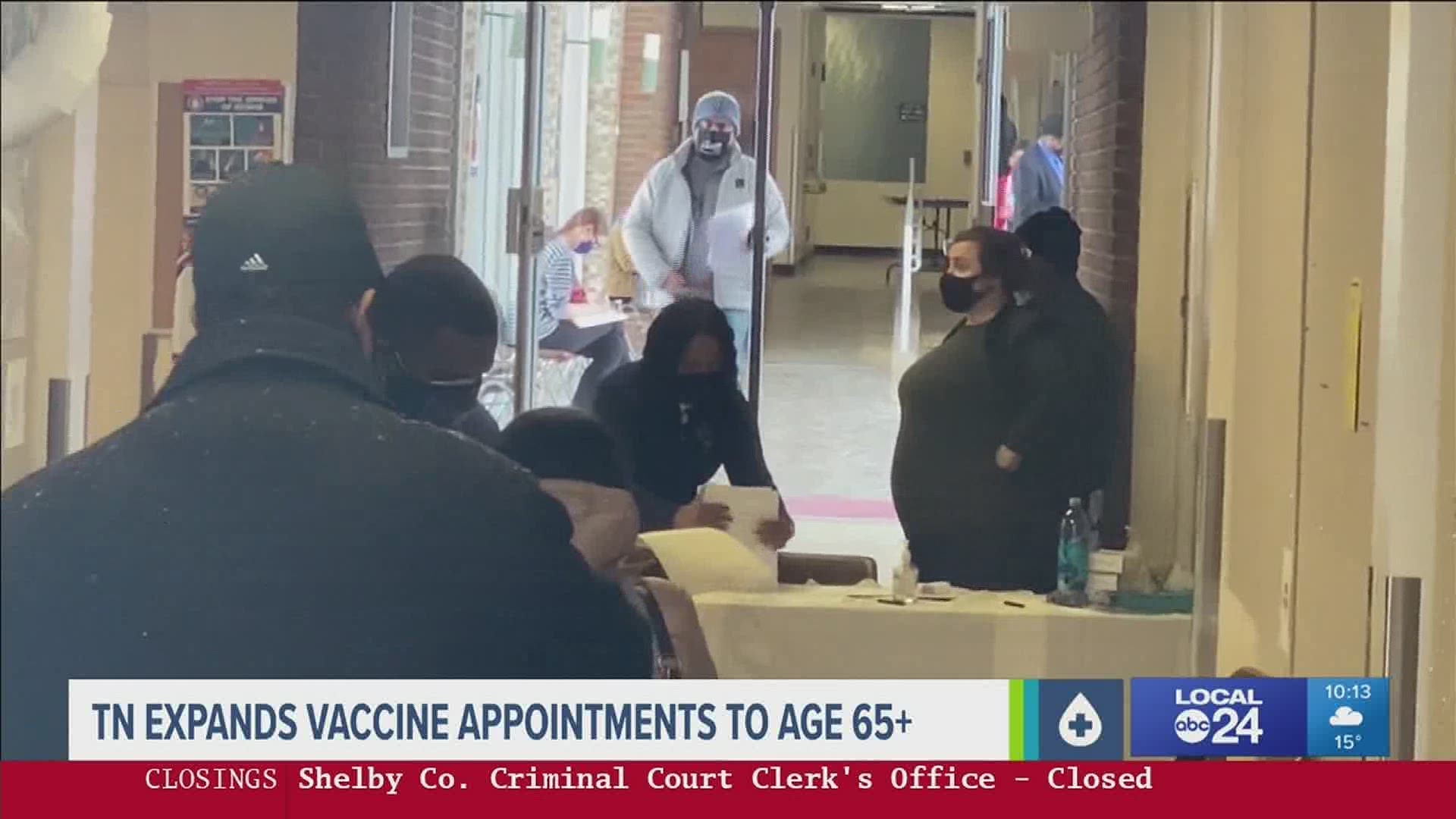 MEMPHIS, Tenn — The Tennessee Department of Health announced Tuesday a new age group and added teachers to the list of people who can be vaccinated.

The state health department announced that teachers and those 65 and older will be able to get vaccinated starting next Monday.

The update is an added benefit to schools districts. SCS already vaccinated hundreds of teachers Monday.

Since senior citizens aged 70 and plus are at the highest risk for hospitalizations and deaths, Tennessee Department of Health Commissioner Dr. Lisa Piercey, wants to encourage the older population to still get vaccinated.

Tennessee will begin registering Tennesseans aged 65 and older and those in Phase 1b of the state’s COVID-19 Vaccination Plan for vaccinations on Feb. 22. Phase 1b includes staff members of kindergarten - 12th grade schools and child care facilities. https://t.co/43ZYFIJHrD pic.twitter.com/DBhzgDiuPx

It’ll be up to Shelby County to decide when they want to move on to the newest phase. The Shelby County Health Department said they will make a formal announcement when they move onto to phase 1b vaccination.

“The supply in metro areas might be limited because their populations are bigger,” said Piercey. “So we continue to provide population-based allocations but those counties that have larger populations it’s going to take them a little bit longer to get through.”

Memphis will open another vaccine site in the Raleigh/Frayser area at Greater Imani Cathedral of Faith, making COVID-19 vaccinations more accessible to the African-American community.

“Cancellations of some of these vaccine clinics over the next couple of days and even in the last few days has caused of us to have to large groups of people pretty quickly to give those vaccines to,” said Dr. Piercey.

Multiple vaccination sites have been closed this week in Memphis due to the inclement weather.

“Once you puncture the vial and drop off those doses sometimes those doses can expire in a matter of hours.”

On Monday, the state health department also announced a new online scheduling section of their website for Tennessee resident to book appointments.